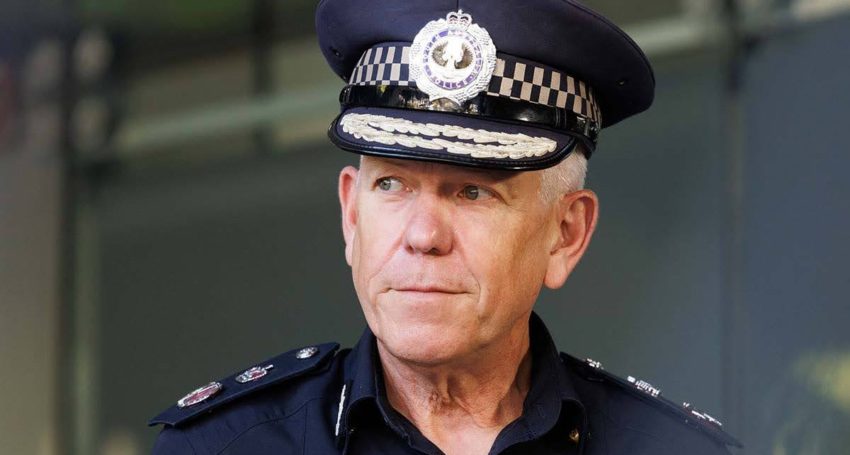 Your perspective: On COVID restrictions and population growth

Commenting on the story: Focus on close contact as Stevens seeks to expand emergency powers

We can’t make a decision now because Dr. Spurrier is on leave. What?

Well, get her back from leave or have a secure Zoom conference. Seriously? South Australians have been extremely patient and compliant over the past two years of this pandemic. This patience is quickly running out or has run out.

Voters are fed up with directives and rule by a largely anonymous committee. The tired old mantra trotted out all the time; “We follow the advice of health experts” is really short of resources.

Why are expert medical opinions always different from those in other states? We are all aware that an election is fast approaching, but really. People want the government they elected to do its job and take some accountability for its actions instead of hiding behind unelected bureaucrats.

Dan Andrews saw the writing on the wall and returned emergency powers to parliament. It’s time for this to happen in one of the greatest nanny states in the world. –Gilbert Aitken

My compliments to David Washington for questioning the rationale behind the South African business leader’s calls for Adelaide’s population growth.

Companies with direct interests in population growth, usually in real estate development, always require additional population growth. But that doesn’t mean it’s in the best interests of the city or the state economy. Growth brings opportunities, but also costs, and the former do not always outweigh the latter.

Adelaide certainly needs better transport solutions if it is to be able to accommodate two million people. In fact, all the infrastructure needed to accommodate a population of 1.5 million people has not yet been built. Missing elements include AdeLink light rail lines, bus lanes, a Mt Barker BRT and network or protected cycle lanes.

South Australia has already invested more than $3 billion in the North South Corridor road project and there is no evidence that it has changed overall journey times. When completed, it will connect long closed factory sites and will have little impact on accessibility to most of the city.

But even all of these transport infrastructure gaps filled would not be enough for Adelaide to comfortably accommodate two million people with the current quality of life intact. The overwhelming evidence is that population increases as employment increases. Pretending you can have one without the other is a recipe for poverty. Many of Adelaide’s long-promised sources of job growth, including shipbuilding, remain unfulfilled nearly a decade after they were first promised.

And even if we have both the jobs and the supporting infrastructure to accommodate two million people, that leaves perhaps the most crucial element of all: housing. Adelaide’s housing market is now overheated, with demand outstripping supply. Prices are offered at unsustainable levels, with no political solution offered. Do we want our younger generations to be excluded from the housing market, as is the case for most in Sydney and Melbourne? I hope not.

There are also opportunities. CBD office owners’ dreams of everyone deleting Zoom and working five days a week in the city are wishful thinking. Why not house two birds with one policy by converting vacant office space into residential apartments? More CBD residents would benefit city retailers and reduce transportation needs. Most major cities have large urban residential populations. Making the city center more accessible on foot than by car would also encourage increased levels of activity.

But as the author correctly says, there is no evidence of a plan to connect opportunity with aspiration. –Scott Elaurant

I completely agree with David’s sentiments in his article. We need long-term and bold thinking to deal with the deteriorating transport situation in Adéliade and the lack of connection with the regions. We need to recognize that we, the people of Adelaide and South Africa, have been short of change for years when it comes to investing in infrastructure and we need to get everyone knocking on the doors that need to be hit to demand more investment in our city until that happens.

The thing that I’ve never fully understood from both Adelaide locals and the people who run this place is the thought that “we’re just a small town – a big country town” and that “What we have is good enough and doesn’t ‘need repair’. Compare us to a European city of the same size and then ask yourself if these statements overlap. Our city’s infrastructure still has a long way to go to travel to offer the inhabitants of Adelaide and the regions a lifestyle comparable to that enjoyed by the inhabitants of European cities of the same size.

The fact is, we’re a 1.3m and growing city; maybe not as fast as other cities, but the fact is that we are still growing and the pressure on the state infrastructure is already evident to everyone. Have you driven on North East Rd lately? Notice it carries a lot more traffic than it did five years ago and cutting and going a little way takes a lot longer than it did not so long ago? Bottom of NE path? Probably worse!

The South East Highway – how can anyone believe that one road is the only answer to the huge area that is the Adelaide Hills. So instead of investing in something long-term like the expensive passenger train, let’s just put in more buses to clog up the road even more.

Out of my way – to the west – we have a train line that I am very grateful for, the Grange line. But even the Grange line runs on trains built in the 80s (40 years ago), on diesel – yes, and it’s 2022! It’s crazy when you think about it; old wrecks running on a single track burning huge amounts of a polluting substance because there hasn’t been significant investment in the line for years (train stop upgrades don’t count).

And yet, we, the residents, ask ourselves if we should complain because if we do, the threat of closing the line is always present. And then there was the old Labor AdeLink plan which sought to convert it to light rail rather than keep heavy rail, electrify it or convert it to something more environmentally friendly like hydrogen ( I hear we’re going to be doing a lot of this stuff in the years to come, right here in South Africa).

I know AdeLink’s intention was to bring light rail to West Lakes – great idea – but why does this have to come at the expense of a heavy rail line that is already in place and just needs to be modernized? Cheaper perhaps, but thinking short term perhaps? There’s a lot to be said for the saying “build it once, build it well”…

I know the naysayers will probably point out that I even have a train line to use and say I should shut up and be grateful. Respectfully, what I’m trying to make here is that we not only need to improve what we have, but we also need to invest significantly in expanding our public transport infrastructure. – and not just by introducing more buses into our already overcrowded cities. roads.

Media diversity is under threat in Australia – nowhere more than in South Australia. The state needs more than one voice to guide it, and you can help with a donation of any size to InDaily. Your contribution goes directly to helping our journalists uncover the facts. Please click below to help InDaily continue to uncover the facts.