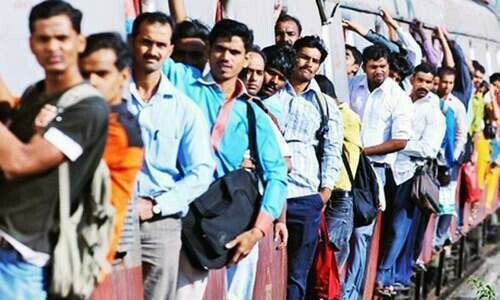 ISLAMABAD: If you have a degree, you are three times more likely to be unemployed in Pakistan than the national unemployment rate.

These rather dismal statistics emerged from the 2022-23 Annual Plan on Saturday. The size of the working population increased by 4.6 million during the period 2014-2018 (or 1.4 million per year).

About half of the working-age population is out of the labor force, mainly due to the very low participation of women and a high percentage of young people who are “not in education, employment or training “. This rate was 30 to 34% between the years 2009 and 2018.

The reason cited is a mismatch between the education provided and the economy’s need to sufficiently absorb new graduates.

The pandemic negatively impacted the livelihoods of around 22% of the workforce, as around 49% of the working population faced unemployment or a drop in income before rising to 33% (52.6 million), after the first wave of COVID-19.

Overall, 49% of the labor force faced unemployment or a drop in income during COVID-19, urban workers accounted for 58% and rural workers 43%.