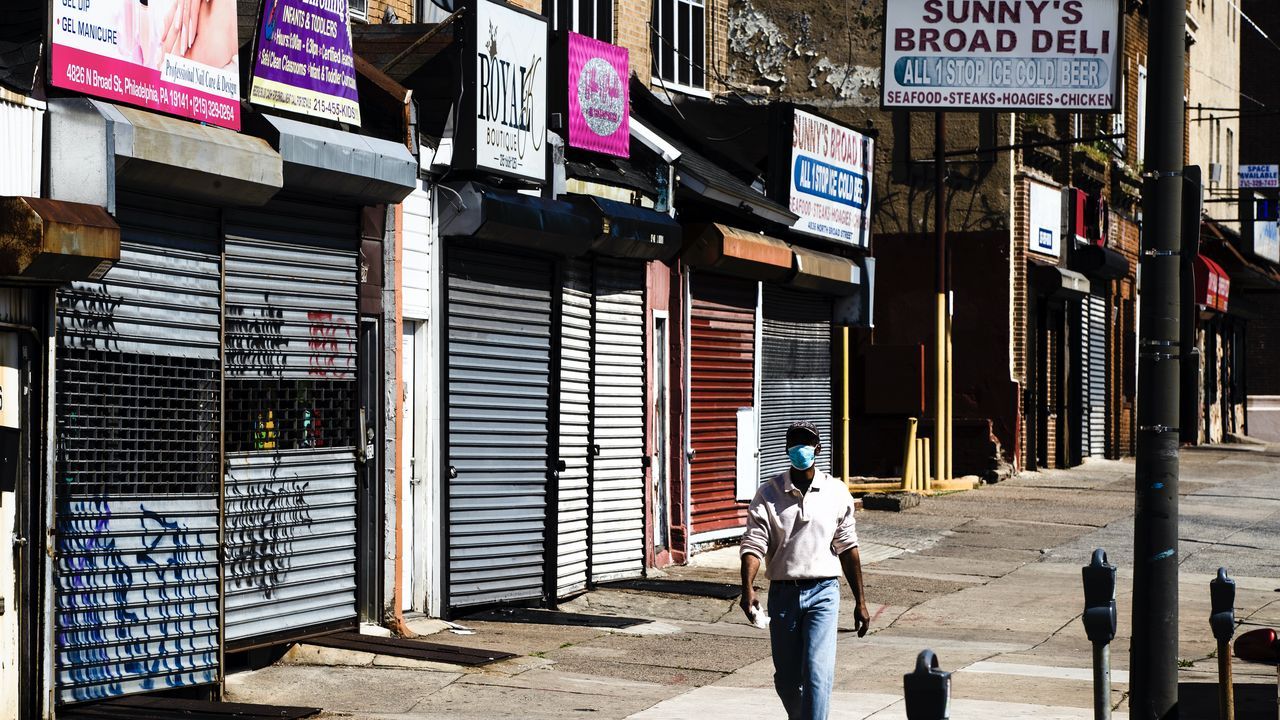 The World Bank has warned that synchronized interest rate hikes by central banks, led by the US Federal Reserve, are pushing the global economy into a recession and that rate hikes will not lower inflation.

The bleak outlook was released in an economic update on the state of the global economy released Thursday. While adhering to the mantra that interest rate hikes are needed to “contain the risks of persistently high inflation”, the bank said its “base case” was that “the expected degree of monetary policy by market players will not be enough to restore low inflation in a timely fashion.

Therefore, a “second scenario” of a sharp slowdown, with further tightening of monetary policy, would occur but still “without restoring inflation by the end of the forecast period”.

In a third scenario, which seems highly likely given that inflation is not expected to decline, “further increases in policy rates would trigger a sharp repricing of risks in global financial markets and lead to a global recession in 2023”.

Commenting on the report, World Bank President David Malpass said; “Global growth is slowing sharply, and a further slowdown is likely to occur as more countries enter recession. My deep concern is that these trends continue, with lasting consequences that are devastating for people in emerging markets and developing economies.

Malpass, a Trump appointee, has long been a servant of finance capital, whose operations have wreaked havoc on the poorer sections of the world’s population on whose behalf he now claims to speak.

With virtually all central banks large and small raising rates as governments cut spending, the bank said the global economy “is in the midst of one of the most synchronized episodes of monetary and fiscal tightening in the world. international level of the last five decades”.

One of the reasons for the synchronicity is that central banks have to react to interest hikes from the Fed.

Every Fed hike, at least so far, has caused the dollar to rise and other countries’ currencies to devalue. This boosts inflation as import prices rise, especially for energy and food, prompting other central banks to raise rates to mitigate the decline of their currencies against the dollar.

The World Bank said the interest rate hikes were necessary to “contain inflationary pressures” – notwithstanding its predictions to the contrary – but that their “mutually combined effects could produce larger-than-expected impacts, both by tightening financial conditions and accentuating the slowdown in growth”.

He compared the current situation to that of 1982, when interest rate hikes led by the Fed under President Paul Volcker led to a global recession.

The purpose of this policy, although not mentioned by the bank, was to crush the movement of working class wages in response to inflation. The current policy, carried out in the name of the “fight against inflation”, pursues the same objective.

The consequences threaten to be even more devastating than 40 years ago. This is due to the massive amount of fictitious capital and debt that has been accumulated due to the easy money policies pursued by the Fed and other central banks over the past few decades. These policies were accelerated following the 2008 financial crisis and the March 2020 market crash at the start of the pandemic.

The bank’s update underscored these effects by noting that “rising global borrowing costs heighten the risk of financial stress among the many emerging markets and developing economies that over the past decades have accumulated debt. at the fastest pace in more than half a century”.

This assessment was highlighted by Gabriel Stern, head of emerging markets research at Oxford Economics, in his comments to the The Wall Street Journal. “If you get more dollar appreciation, that will be the straw that breaks the camel’s back. You already have frontier markets on the verge of tipping into crisis, the last thing they need is a strong dollar.

The risks are not limited to emerging markets. Last week the FinancialTimes released a list of 207 companies it called “debt monsters.” These are companies that were able to cover the cracks in their business models due to the lowest interest rates, but suddenly found themselves faced with the prospect of “trying to pay the interest bills with streams of tight cash.

Those on the list, which ranged from Britain’s biggest chicken producer, a French supermarket chain, to Chinese property companies, were those with debt trading more than 10 percentage points (1,000 basis points) above. above government bonds.

In the wake of the World Bank’s warnings, other signs of a global recession have emerged. On Thursday evening, global logistics company Fedex forecast a major drop in parcel deliveries around the world due to the deteriorating economic outlook.

Speaking to business channel CNBC, new FedEx CEO Raj Subramaniam said he expected the global economy to slip into recession. The company said it was freezing hiring, closing 90 FedEx offices and parking some of its cargo planes.

On Friday, in response to the announcement, shares of the global delivery giant, seen as an indicator of the global economy, fell 21%, the biggest one-day drop in its history, worse than the crash from Black Monday in October 1987. , the financial crisis of 2008 and the market crash of March 2020.

Some of the decline may be due to unique company circumstances, but others are subject to the same global forces. Shares of UPS, Amazon and XPO Logistics also fell.

UK retail sales data also highlighted growing recessionary trends, adding to the worsening situation in mainland Europe, particularly in Germany, where companies imposed layoffs massive recessions and researchers at the Kiel Institute for the World Economy have warned of a “massive recession.

According to the UK’s Office of National Statistics, retail sales fell sharply in August due to rising prices, especially for energy, contracting 1.6% and reversing a slight increase in July.

Capital Economics economist Olivia Cross told the FT the data suggested “the downward momentum is accelerating” and backed his view that “the economy is already in recession”.

The latest sales figures reflect a continuing downward trend that has been evident since the summer of last year. In April 2021, retail sales volume was 10% higher than before the pandemic. Now they are almost at pre-pandemic levels.

In a measure of the deteriorating condition of the UK economy, the pound fell to its lowest level against the US dollar since 1985 after falling around 1%. The euro continues to evolve below parity against the American currency.

There will be no respite from the Fed as it continues its campaign of imposing a recession in an attempt to crush the resurgence of working class struggles for wage increases and an end to the increasingly intolerable working conditions.

Markets ‘priced in’ a 75 basis point increase in the Fed’s base interest rate as a virtual certainty at its meeting this week and revised up their estimate of where the Fed will land. . Expectations are that its base rate will hit 4.4% by March, up from 4% at the start of last week.

Other even more aggressive proponents of class warfare against the working class, such as former Democratic Treasury Secretary Lawrence Summers, have called for a 100 basis point hike.

2022-09-19
Previous Post: Surviving the High Seas of the Creator Economy, Marketing & Advertising News, ET BrandEquity
Next Post: The fight to control blood sugar is getting younger, as is the fight against diabetic retinopathy and vision loss-Brands News, Firstpost