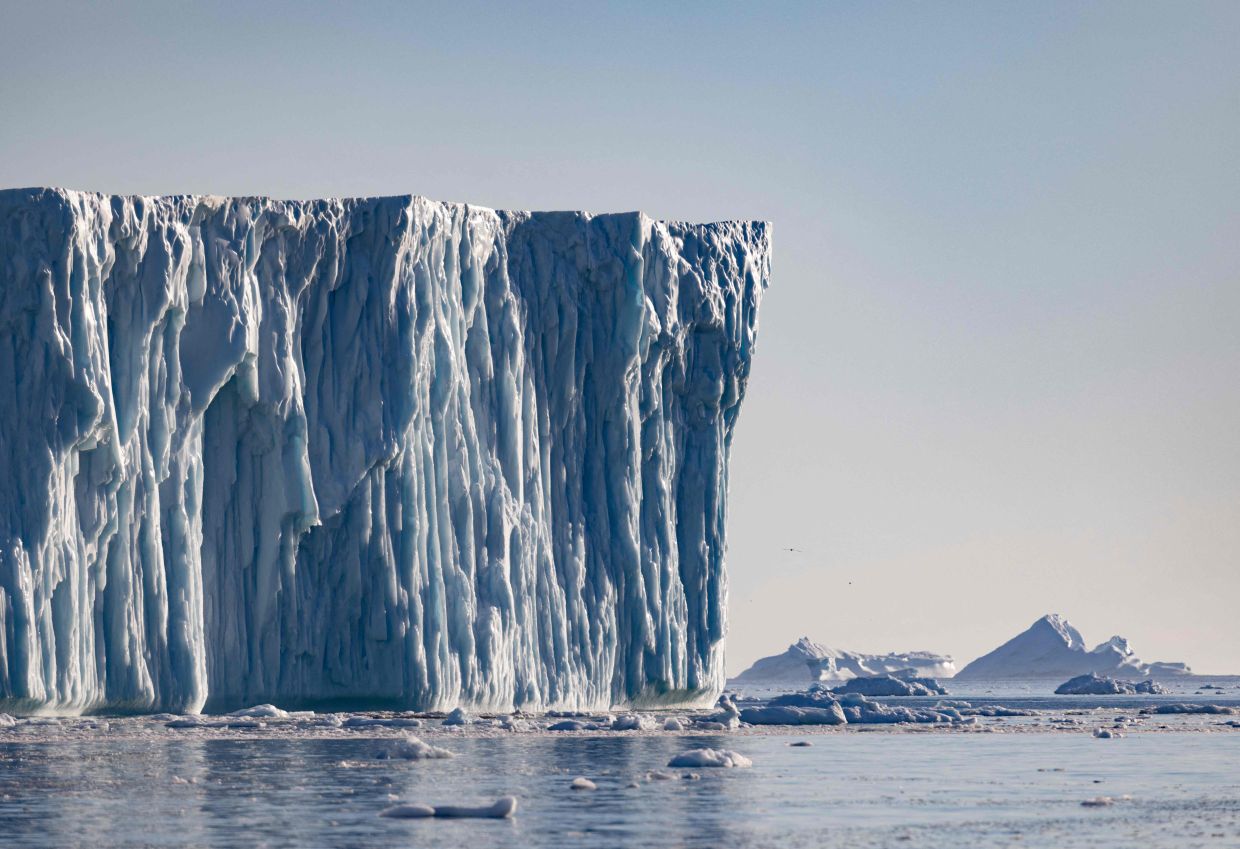 As tourists flock to Greenland to admire its breathtaking icebergs and natural beauty, authorities are considering ways to control crowds to protect the fragile environment, already threatened by global warming.

“It’s a dream destination,” said Yves Gleyze, an off-the-beaten-track French tourism veteran in his 60s, as he arrived at Ilulissat airport.

Visitors to the third largest city in the Danish Autonomous Territory are greeted by a rugged, austere landscape of gray rocks and sparse vegetation.

But mesmerizing sights of massive icebergs appear after a short drive.

Breaking away from the Ilulissat Glacier in the nearby fjord, the majestic chunks of ice slowly drift into Disko Bay, with occasional whale sightings.

More than half make only a short pit stop while cruising in the Arctic.

The numbers are set to rise with the opening of an international airport within the next two years, a welcome boost to the island’s income, but also a challenge, given the delicate and melting ecosystem.

“Icebergs are getting smaller”

Over the past 40 years, the Arctic has warmed almost four times faster than the rest of the planet, according to a recent scientific study.

“We can see changes caused by climate change every day: the icebergs are getting smaller, the glacier is receding,” Mayor Palle Jeremiassen said.

Permafrost thaw also threatens the stability of some buildings and infrastructure.

With the pristine landscape so coveted by tourists changing, authorities are determined to protect it without distracting tourists.

“We want to control the arrival of tourist ships here,” Jeremiassen said, noting the risks posed by highly polluting ships.

In order to protect the environment and the community, Ilulissat should only accommodate “one ship maximum per day, maximum one thousand tourists per ship”, he said.

Jeremiassen said the city’s infrastructure is not designed to accommodate such numbers, nor is it able to ensure that tourists respect protected areas, especially in the fjord.

Neighboring Iceland, where the tourism industry has been thriving for two decades, is an example of how not to do things, he insisted.

“We don’t want to be like Iceland. We don’t want mass tourism. We want to control tourism here. That’s the key we have to find.” 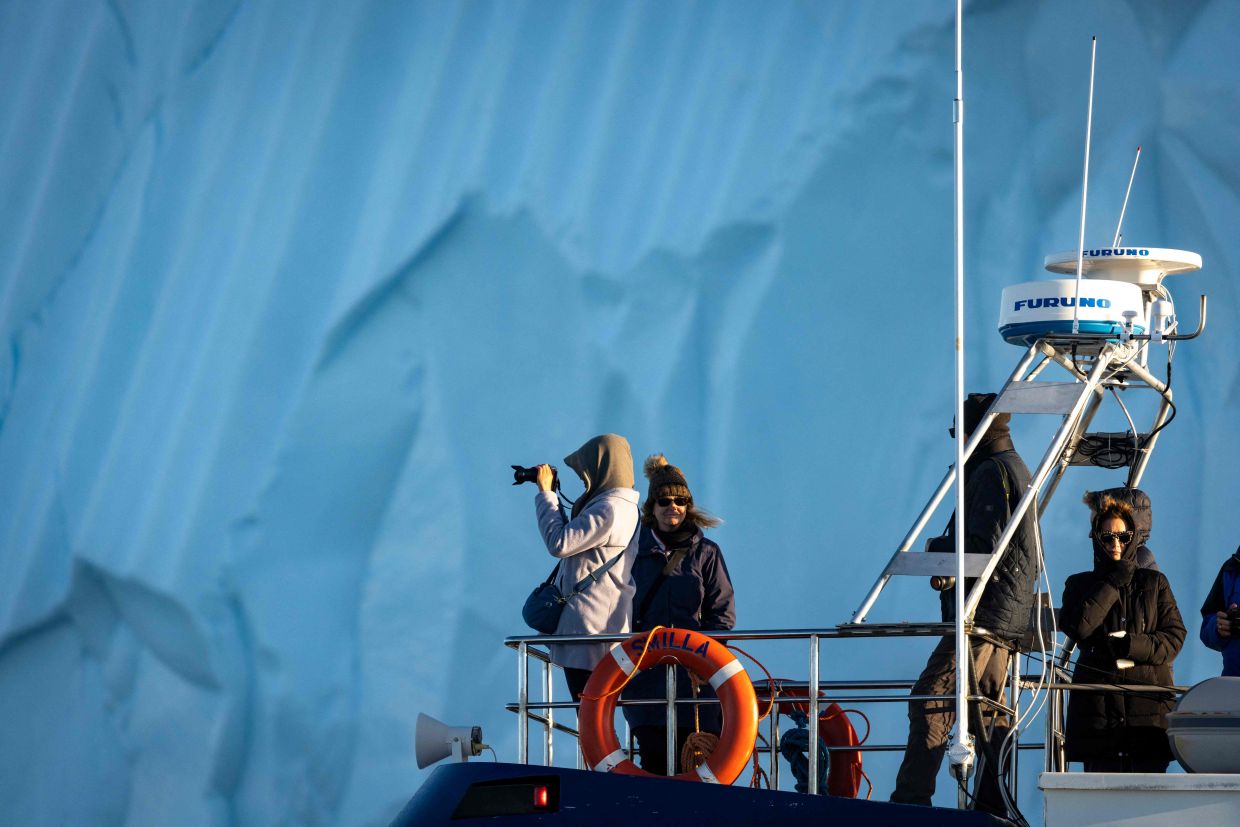 Tourists stand on the deck of a boat maneuvering among floating icebergs in Disko Bay, Ilulissat, West Greenland. – Photo: AFP

Greenland has been self-governing since 2009 but hopes to one day gain full independence from Denmark.

For that, it would have to do without the Copenhagen subsidies, which currently represent a third of its budget. She still has to find a way to stand on her feet financially, and for now, her main natural resource is the sea.

In Ilulissat, one in three inhabitants lives from fishing, which accounts for most of Greenland’s income.

But climate change has a big impact.

“When I was young, we had pack ice that we could walk on,” said Lars Noasen, the captain of a sightseeing boat as he skilfully navigated between iceberg debris in Disko Bay.

“Now the sea ice isn’t as solid. You can’t use it for anything, you can’t dog sled on the ice and fish like the good old days.”

Over the past two decades, the massive Greenland Ice Sheet has lost 4.7 trillion tonnes of ice, alone contributing to a sea level rise of 1.2 centimeters, according to Danish researchers from the Arctic.

The disappearance of the ice has affected fishermen.

“The ice conditions are changing. The main fjord used to be closed off by huge icebergs and sea ice and they (fishermen) couldn’t navigate before,” said Sascha Schiott, a researcher at the Institute of Resources nature of Greenland.

Boats can also fish all year round now, which has increased catches for fishermen.

But the size of the fish they catch has declined, largely due to overfishing, Schiott says.

Ejner Inusgtuk, a rock-faced fisherman preparing his lines in the harbour, disagreed and said climate change was to blame.

“The climate is too hot.” -AFP

2022-08-19
Previous Post: BJP Guns for Nitish over Patna Crimes, but data shows murder rate was up even when both were in power
Next Post: Menarini Group’s Elacestrant Marketing Authorization Application Accepted for Review by the European Medicines Agency (EMA) for the Treatment of Advanced or Metastatic ER+/HER2- Breast Cancer