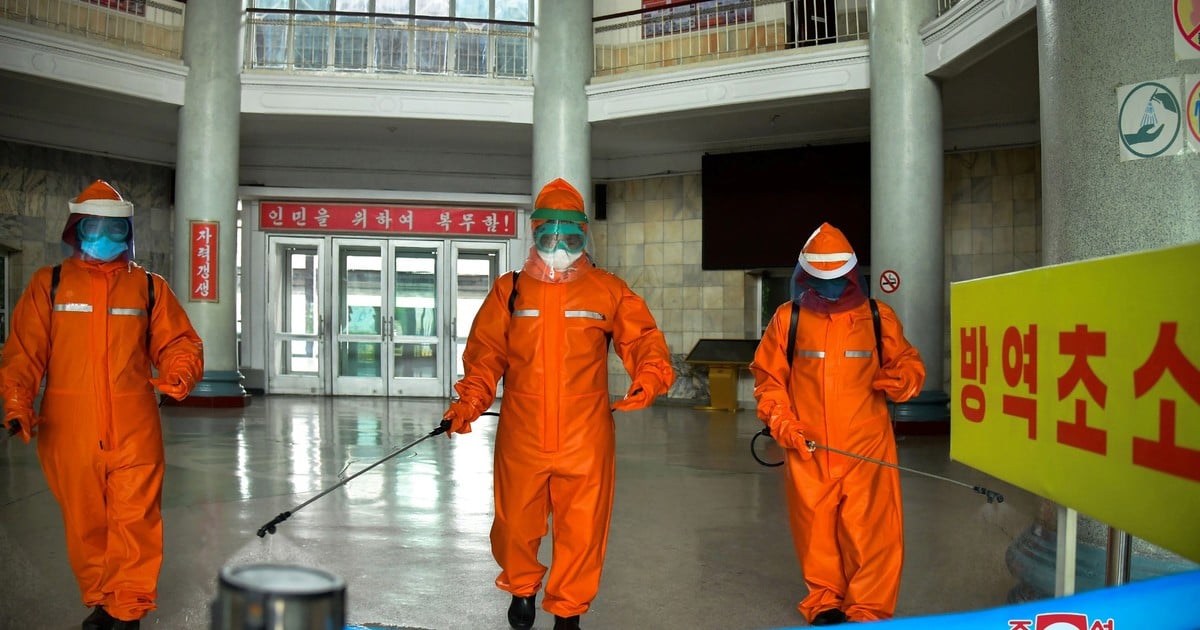 With few tests and no vaccines, the coronavirus is out of control in North Korea

Covid continues to spread rapidly through North Korea, which on Wednesday reported more than 232,000 new infections and for the third day in a row ignored the South’s offer of aid. This would indicate that for now the regime only seems willing to ask for help from Moscow or Beijing.

The epidemic prevention center has reported six more deaths in the past 24 hours, apparently related to covid (in total, they are already 62 dead since the confirmation of the presence of the virus in the country a week ago) and 232,880 new potential cases or “fevers”.

There are already 1.71 million people who have contracted these “fevers” (this is the term used by North Korea to determine suspected cases, since it barely has the capacity to test) since the virus began to spread, according to the regime, in late April, with 1.02 million people already cured and some 691,170 currently on treatment.

The situation in this poor country is worrying because of the proven contagion of the omicron subvariant and the rare detection resources which it currently has (according to data published by the authorities, it is estimated that covid positives were detected in only 0.02% of cases).

Also from the fact that the regime did not apply a single vaccine -rejected the donation of nearly five million doses in 2021- and does not yet seem to have any intention of designing a national vaccination plan.

North Korean leader Kim Jong-Un during a meeting with his party’s political body on the covid outbreak. Photo: AP

The data indeed reflects a very rapid transmission throughout the country (nearly 7% of the population seems to have been infected in less than a month), with a particular incidence in the capital, Pyongyang, and in municipalities with high activity. economic and logistics links such as Nampo (west), Kaesong (south) or Rason (northeast).

The figures also indicate that 40% of deaths correspond to people over 60, and that, in turn, almost a third of those who died were under 20 years old.

In fact, the World Health Organization (WHO) expressed concern on Tuesday that the lack of vaccines is compounded by the fact that a large portion of the population suffers from pre-existing health conditions.

The WHO has also asked Pyongyang to share detailed information on the situation with the agency, which is willing to collaborate with “technical support and supplies including tests, diagnostics, essential medicines and vaccines”, according to its managing director, Tedros Adhanom Ghebreyesus.

On Wednesday, members of the North Korean army prepare medicine at a pharmacy in Pyongyang. Photo: Reuters

The North Korean state agency KCNA also reported that the political bureau held another meeting on Tuesday chaired by Kim Jong-un during which inadequate responses were analyzed of “party officials and state organs” to the crisis.

Kim spoke of “immaturity”, “negative attitudes” or “laziness” in “the first phase” of the health emergency, in which, he said, “time is running out”.

In turn, he praised the new state system of “maximum emergency” at the epidemic level, which according to KCNA, mobilized 3,000 soldiers to ensure the supply of medicines, and 1.4 million public health officials, as well as students and teachers. of the medical sector.

Although the regime has spoken of locking down “every city and county” and the absence of observers makes it difficult to assess the real situationmedia with sources on the ground point to a certain normality inside the country, that it is in the middle of the rice planting campaign, essential for the North Korean pantry, especially in a year of drought acute like this.

Moreover, KCNA reports that “grain and vegetable transport teams have been organized and mobile posts installed in each town and village to improve the comfort of its inhabitants”, which seems to certify what these specialized media say; that it is allowed to leave the house but that almost everyone is forbidden to leave their commune.

A closed street in North Korea’s capital, due to the number of coronavirus infections. Photo: Reuters

North Korean media also reported that two major construction projects in Pyongyang and the east of the country are proceeding as planned and that farm workers and volunteers (North Korea is mobilizing a large part of the population to help in fields) are engaged in rice grafting, as shown in photographs taken from the Chinese or South Korean border.

In Seoul, the South Korean government said on Wednesday that the regime ignored, for the third day, his communication to meet and discuss sending unconditional aid he promised his neighbour.

This indicates that North Korea does not seem inclined to use the pandemic as a bridge to resume the stalled dialogue with South Korea and the United States, which it has demonstrated lately with a modernization plan. weapons which is behind the record number of missile tests. this year and an imminent nuclear test.

Many experts believe in turn that Pyongyang, confined since 2020, does not seem willing to accept any vaccine for the moment, not even from Moscow or Beijing, due to their reluctance to show excessive dependence on foreign powers or the need to allow the entry of external personnel to advise vaccination programs.

TOPICS THAT APPEAR IN THIS NOTE