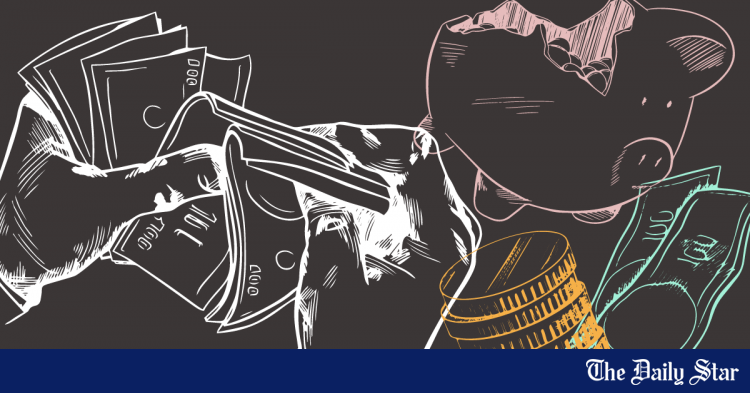 Why not remove the cap on interest rates on loans?

Raising the interest rate on loans is the unfortunate trade-off that every country faces when seriously considering policies to reduce high inflation. VISUAL: STAR

Raising the interest rate on loans is the unfortunate trade-off that every country faces when seriously considering policies to reduce high inflation. VISUAL: STAR

The proverbial phrase “One stitch in time saves nine” came to mind when I saw the news in The star of the day on August 5, 2022 that the Bangladesh Bank (BB) had decided not to use the “classic solution” to curb inflation – that is, to raise the interest rate on loans. “Classic solution” are the words that the new governor, Abdur Rouf Talukder, used to express his disinterest in employing the long-proven method, both theoretically and empirically, of controlling inflation by raising the interest rate of loans. His main argument was that raising the interest rate at that time would set back the “economy” of Bangladesh and therefore the central bank had taken an alternative, “out of the box” approach. During the economic downturn, the channel through which the increase in the lending rate tames inflation is something that the government may not like in the short term, but it is the unfortunate trade-off that every country has to face when it comes to seriously considering policies aimed at reducing high inflation. . In other words, you need to induce some “cooling” in the economy for inflation to come down before it’s too late.

Although it is too early to predict the future trajectory, the United States experienced zero inflation in July, in part due to Fed rate hikes. Nonetheless, the BB Governor claimed there was “no need to follow the US in a mandatory way” in raising the lending rate, since Bangladesh has been handling the pandemic-induced crisis by following its own methods. Regarding this statement by the Governor of BB, I would like to highlight two facts. First, the United States is not the only country to have raised the Fed rate to counter inflation lately. The United Kingdom and our neighbour, India, have also raised their key rates in an effort to control inflation.

For all the latest news, follow the Daily Star’s Google News channel.

While it is true that what might work for other countries may not work for Bangladesh, any economic policy to be implemented must have theoretical or empirical foundations. Turkey is a good example. Economists agree that Turkey’s unsustainably low interest regime by repeatedly cutting the policy rate in the recent past contributed significantly to its inflation rate soaring to 70% in April 2022. This is a situation that the central bank and the government in Bangladesh would like to avoid.

Second, Bangladesh followed suit when the United States along with other developed countries enacted various stimulus packages to deal with the economic crisis at the onset of the Covid-19 pandemic. This expansionary budgetary policy was also a “school solution”, which Bangladesh did not hesitate to implement. So why not adopt the long-proven “classic solution” and raise the interest rate by contracting the money supply in Bangladesh?

A possible concern may be that many projects undertaken by the government are funded by bank loans. Therefore, the increase in the interest rate may lead to an increase in government expenditure. There are several ways to alleviate this concern. First, an increase in the interest rate will cause the government to carefully reconsider its projects and pursue only those that are viable and offer a positive rate of return. Second, the government could revise its tax collection strategies and crack down on tax evaders. It also means redirecting resources to the National Board of Revenue (NBR) to equip them with adequate manpower, tools and, above all, independence from undue political pressures, so that they can collect taxes where they are due. As a by-product, increased tax revenue can have an anti-inflationary effect on the economy. This is a win-win situation for the government and the Bangladesh Bank!

Two things need to be clarified here. First, this so-called tight monetary policy need not be permanent as it can be eased once inflation falls to a rate that does not significantly disrupt the purchasing power of the population. Second, the “off the shelf” approach adopted and the “textbook solution” avoided by the BB need not be mutually exclusive. They can go together. In fact, at present, where the actual inflation rate could be much higher than what is currently reported by the BB based on the 2005-06 CPI basket (7.56% in June 2022 ), a synergy between the “textbook solution” and an appropriate “off the shelf” approach can be more effective in bringing inflation under control even earlier.

The interest rate hike may also address Bangladesh’s concerns about the rapid depletion of foreign exchange reserves, in part due to declining foreign remittances. For example, the government may consider revising the 2002 US Dollar Investment Bond Rules to reflect the higher interest rates payable to non-resident Bangladeshi (NRB) investors. Currently, the government offers two types of bonds denominated in dollars to investors in the NRB: premium bonds with an annual interest rate of 7.5% and investment bonds with an annual interest rate of 6 .5%. If these interest rates are allowed to rise, it can attract much-needed foreign currencies, including the US dollar. However, the inflow of US dollars, in particular, will depend on the competitiveness of interest rates offered by Bangladeshi bonds.

Currently, US government-backed, inflation-protected Series I bonds pay an annual rate of 9.62% until October 22, the highest yield since their introduction in 1998. In contrast, the Bank of Bangladesh has capped the interest rate on loans at nine percent. Unless this cap is removed to allow the bond rate to rise sufficiently, NRB investors will be unlikely to invest in relatively risky bonds issued by the Bangladeshi government and may simply prefer to remain invested in the United States. In addition, a complementary financial instrument that the government could consider at this stage is sukkuk or Sharia-compliant obligations. Currently, there seems to be an unmet demand for these types of products among NRBs, most of whom adhere to the Islamic faith.

Last but not least, economic growth in terms of nominal GDP per capita is important, but that should not be the only goal in the grand scheme of things. People’s purchasing power is also a key indicator of a country’s economic well-being, which is eroded by high inflation. Therefore, policy makers should take this into account when implementing any economic policy. Recently published press reports indicate that the government wants to obtain a loan from the International Monetary Fund (IMF). However, he should also bear in mind that the IMF’s anti-inflationary prescription that can be attached to a potential loan aligns with the so-called “classical solution”. In one of the IMF’s recent blog posts, titled “Emerging Economies Need to Brace for Fed Tightening,” three IMF economists advised emerging economies struggling with inflation to adjust their policies. monetary policy by increasing benchmark interest rates. The Bangladesh Bank should not miss this first opportunity to show international lenders its strong commitment to curbing inflation by removing the lending rate cap. It will also send a strong and credible message to the market about the central bank’s sincere intention to fight inflation. Empirical evidence suggests that often a simple announcement by the central bank of such a measure can trigger the process of reducing inflation by influencing public perception, even before the policy becomes effective.

Dr. Tasneem Raihan is a Bangladeshi-American financial economist. The views expressed in this article are those of the author and do not necessarily reflect the views of his employer or any other entity with which he may be associated.

2022-08-21
Previous Post: Lim Tean Says Singapore’s Population Growth Must Stop ‘To Ensure a Sustainable Future’
Next Post: Energy companies are asked to control their own narrative when it comes to their ESG initiatives.