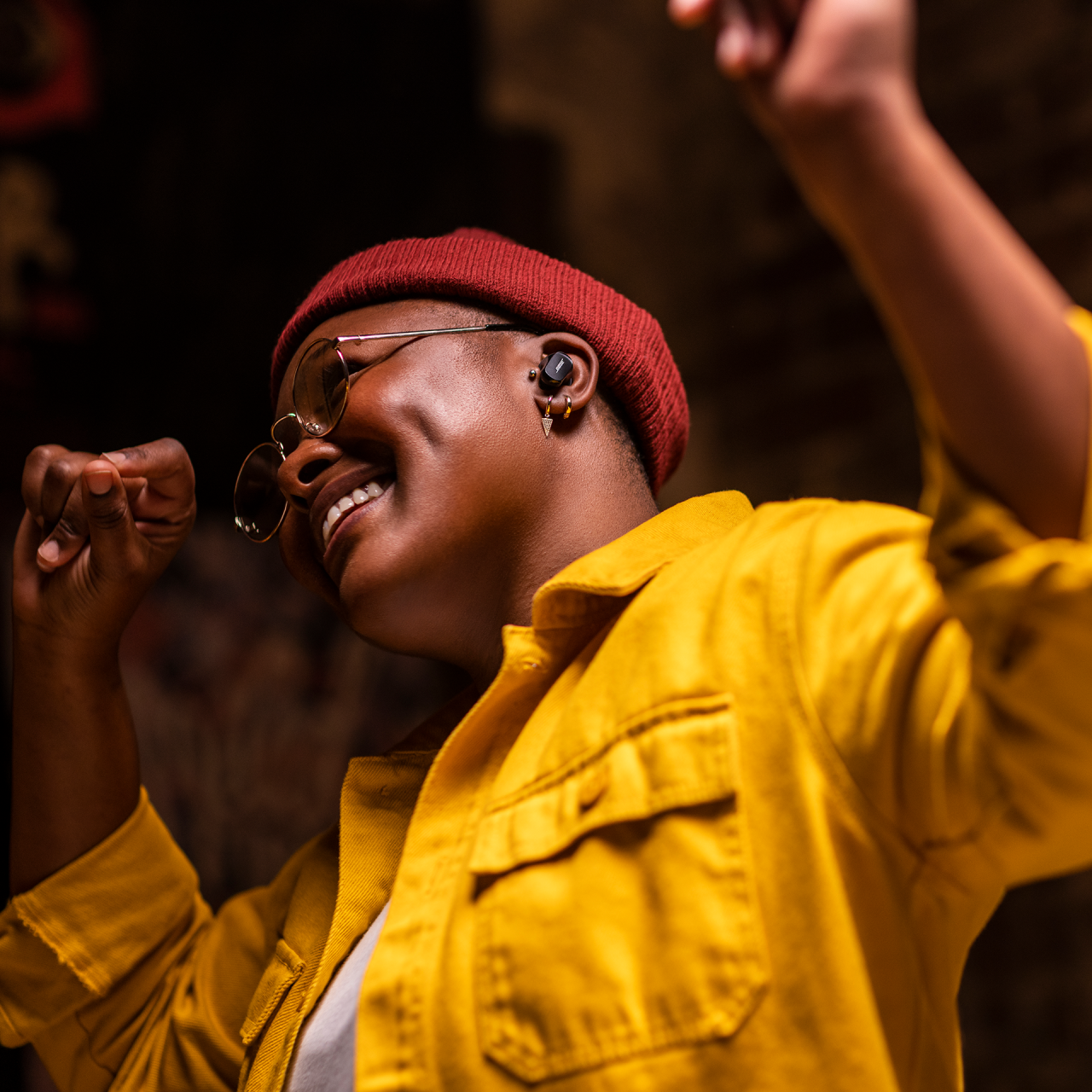 While music remains at the heart of its message to consumers, the audio brand is also opening its ears to gaming and podcasting audiences by releasing its new line of noise-canceling headphones.

Bose has always been associated with music and musicians, through partnerships with big bands like Gorillaz. But as audio formats evolve, the brand is changing its approach to reaching consumers. Its plan is to increasingly market itself as a publisher of a range of content, including podcasts and games.

It is a necessity as product discovery and recommendation is increasingly turning to social platforms, where communities of enthusiasts gather around influencers. Bose Chief Marketing Officer Jim Mollica tells us, “We have this obligation to bring these passionate experiences and solutions to these fans out there in the world. And the way you do that today is where they spend all their time, which is social. So it’s about creating content and experiences that people can see as passionate music fans.

He says consumer habits over the past few years have been unusual, which in turn has changed who Bose was looking for as influencers in the space. “You don’t look at an influencer for all things. These are people who are specialists or curators of this profession, which corresponds so well to us. We are curators, we are specialists in this field, we are not a catch-all.

Referring to the partnership between Bose and the estate of musician Prince, which delivered an immersive experience and a range of branded products, he says the tie-up has acted as a beacon for music influencers, much like his work with historic record stores in the United States.

Mollica notes: “My belief is that this marks a change in the way we market. It’s less about what we say than what we do. And it’s really focused on the experiences, the content [and] community building. So while the brand divides its audience into several different cohorts, it focuses on three primary use cases when it comes to considering consumer behavior: at home, on the go, and in the car.

The change also signals what Mollica says is another step in the company’s transition from a marketing strategy based on demographics to one focused on behavior cycles. This relies on understanding when and where a consumer’s desire to upgrade or purchase audio equipment emerges.

However, he also points out that Bose hasn’t always defined this approach. He points to Bose Frames – sunglasses with Bluetooth speakers in their arms – as an example of a product that was technically extremely competent but released a few cycles before consumers were ready for them.

In contrast, the company’s focus on its newly launched earphones builds on tried and tested products the brand is known for. Mollica notes that headphones can trace their ancestry back to early noise canceling products developed by Bose.

Echoing some of the lessons of our Audio Deep Dive, Mollica says that we are currently experiencing an “Audio Renaissance” in which consumers are consuming more and more varied forms of audio content: “We just entered into a huge partnership with Game of Thrones. You take this company from premium content like HBO and she wants to highlight House of Dragon’s amazing soundtrack and score.

“Theis also an opportunity in gaming, with in-game soundtracks, those immersive experiences – and, of course, with podcasts, because no one listens to just one thing at a time.

Iterating on audio products is key to keeping the Bose brand front and center with musicians, who act as the heart of the community. This is very much in line with how other brands are shifting their social strategy away from spray-and-pray methods of dissemination to reach large audiences in favor of smaller but more valuable fan communities.

But Bose also recognizes that as consumer habits change, so must the means of marketing. Demographics are useful tools, but for big-ticket items like audio equipment, it’s more effective to understand cycles of want and demand.