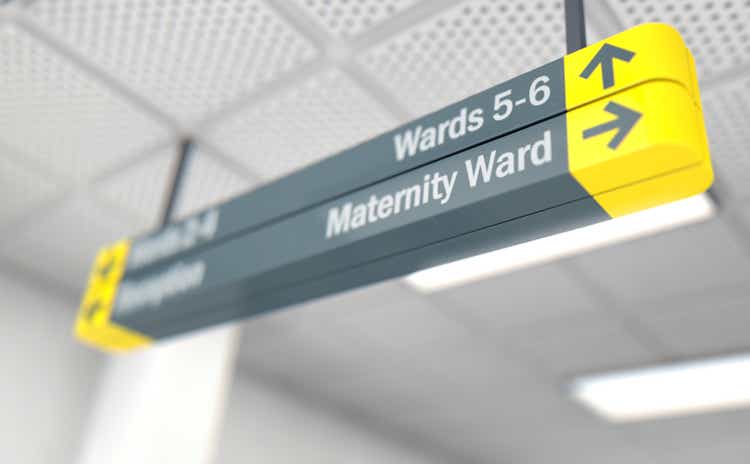 US birth rate rises for first time in seven years

The number of births in the United States rose for the first time in seven years to 3.66 million, up 1% from 2020, according to preliminary statistics from the National Center for Health statistics. 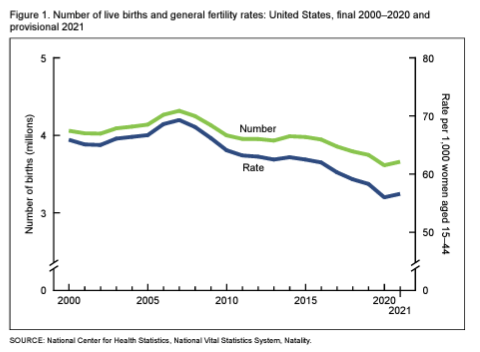 The number of births is important because economic growth depends primarily on the size of the US population and improvements in productivity. And the pandemic has limited the immigration of people from other parts of the world entering the United States

The synthetic fertility index (“ISF”) was 1,663.5 births per 1,000 women, up 1% year-on-year. That’s still below the replacement rate of 2,100 births per 1,000 women, or the level at which a given generation can exactly replace itself, the CDC said. The TFR has generally remained below replacement since 1971 and consistently below replacement since 2007, according to CDC data. The ISF estimates the number of births a hypothetical group of 1,000 women would have in their lifetime, based on the age-specific birth rate in a given year. 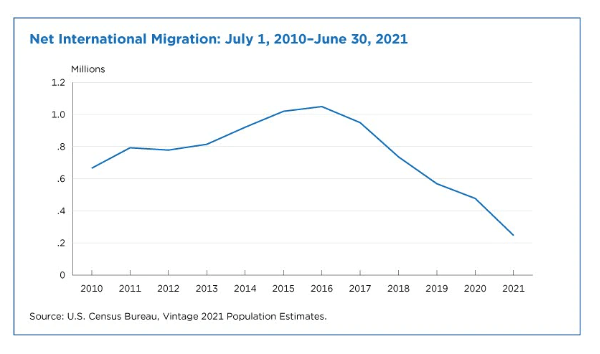 The birth rate, however, turned out to be better than some predicted at the start of the pandemic. Some economists have predicted that the health crisis and economic shock will lead to a drop of 300,000 to 500,000 births in 2021. Phillip Levine, professor of economics at Wellesley College, told the the wall street journal that a rebound in the labor market and government fiscal support that boosted household spending helped avoid a larger drop in births in the event of the pandemic.

2021 was the first year since 1937 that the US population grew by less than 1 million, the Census Bureau said. In 2019, the United States population growth rate hit its slowest pace in 100 years. 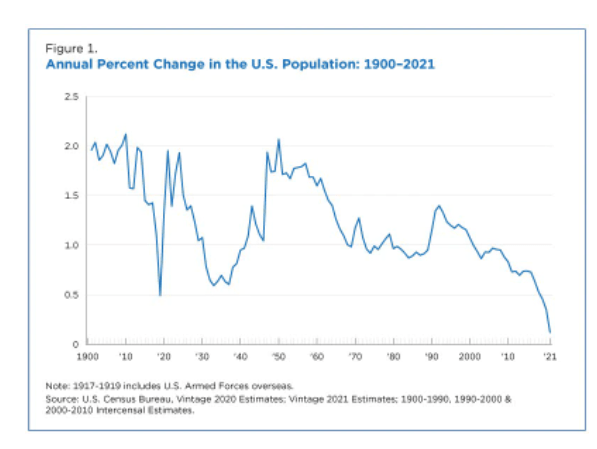