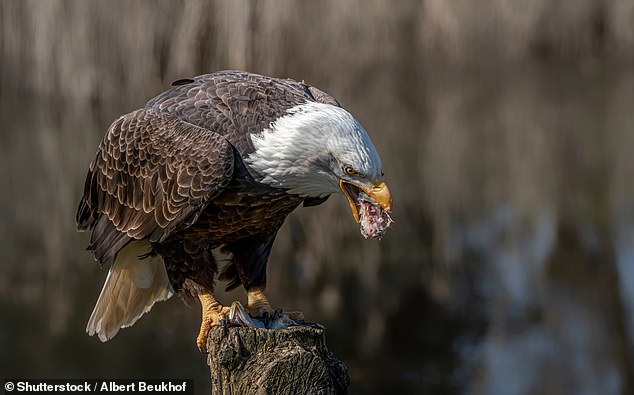 By Stacy Liberatore for Dailymail.com

Bald eagles may have recovered from near extinction, but the birds now face another threat: lead poisoning.

Their population growth in the northeast is declining by up to six percent due to birds eating bullet ammunition from the organs of other animals left behind after being shot by hunters.

Decreasing population growth rates have the potential to erase the cushions that protect once-endangered eagles from unforeseen events, according to a team of scientists led by Cornell University.

The researchers also noted that bald eagles weren’t the only animals to feast on animal remains left behind after a kill, as owls, crows and coyotes also eat contaminated meat and contract lead poisoning.

Scroll down for video

“We didn’t collect data on these other species in the same way that we pay attention to eagles,” said Krysten Schuler, assistant research professor in Cornell University’s Department of Public Health and Ecosystems and lead author. of the study.

“We present eagles as a sort of poster boy for this problem, but they are not the only ones affected.”

Bald eagles – which have been the national bird of the United States since 1782 – were declared endangered by the federal government in 1978. But after a slow recovery, they were delisted in 2007.

And last year it was announced that the legendary predator’s population had quadrupled in the past twelve years, according to a recent US Fish and Wildlife Service survey, which was reviewed by Cornell University. 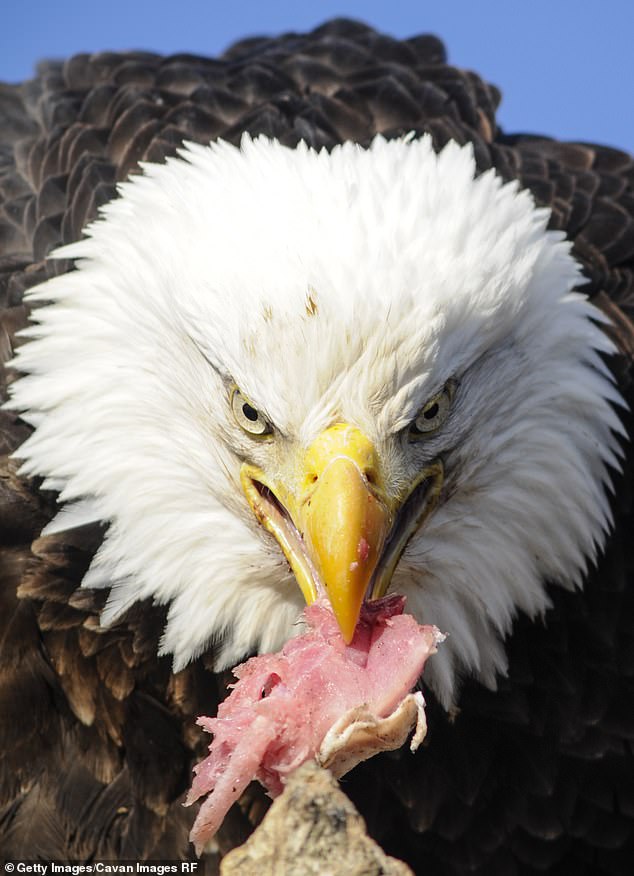 Decreasing population growth rates have the potential to erase the cushions that protect populations against unforeseen events, according to a team of scientists led by Cornell University

There are over 316,000 bald eagles in the continental United States, including over 70,000 breeding pairs.

However, experts fear that we may soon see a decline in the bird’s population.

“Even though the population appears to have recovered, disturbances could occur that could cause the eagles to decline further,” Schuler said.

The problem stems from hunter kills in the field, the act of removing internal organs on the spot.

A separate 2021 study found that bald eagles are also at risk from poison used to eradicate rats.

More than 80% of dead bald and golden eagles examined between 2014 and 2018 had rodenticide in their system. 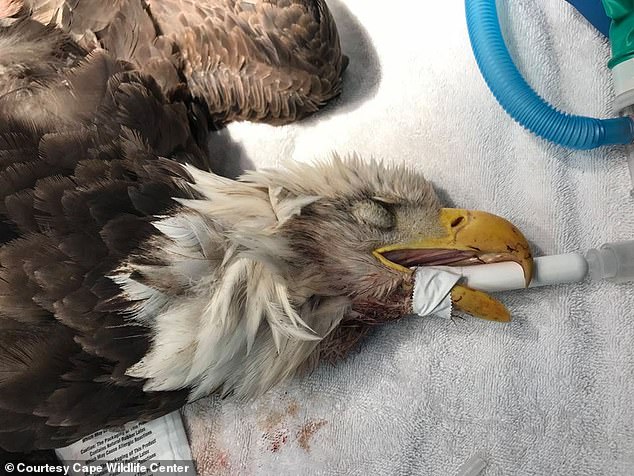 A separate 2021 study found that bald eagles are also at risk from poison used to eradicate rats. Pictured, a bald eagle died after consuming rat poison

The potent poison is a blood thinner that thins the blood of mice and rats after being eaten, eventually killing them.

It is designed to stay in the body of its victims longer and can enter the system of a bird that feeds on the dead rodent.

Only a small percentage of the birds had succumbed to blood thinner poisoning, but those that did showed signs of profuse internal bleeding and were unable to form scabs or clots.

Experts said the widespread presence of the poisonous substance in a species recently brought back from the brink of extinction was “alarming”.