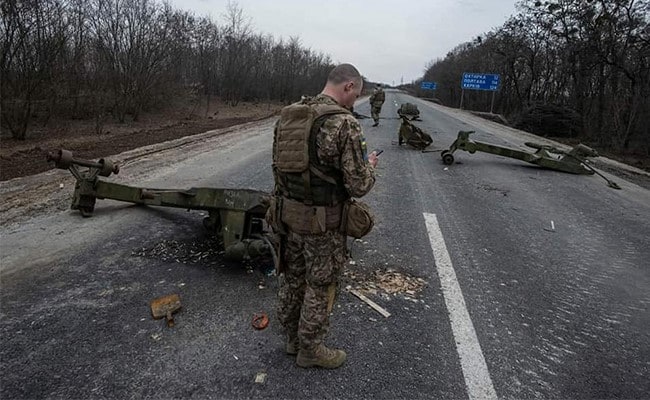 Ukrainian forces control the entire region northeast of Sumy, along the border with Russia, its governor said on Friday, warning residents against returning while clearing mines.

“The region is not safe. Many areas have been mined and are still not cleared,” he said.

Russian forces recently withdrew from territory in the north and around the capital kyiv after announcing a push to capture the eastern regions of Donetsk and Lugansk, which are south of Sumy.

The eastern regions have been partially controlled by pro-Russian separatists since 2014, when nationwide street protests led to the ousting of a pro-Kremlin president and sparked a conflict between kyiv’s army and the rebels.

Zhyvytsky said earlier that Russian troops were withdrawing from the region after Moscow announced it was moving its military targets to Donbass.

Despite Friday’s announcement that Ukrainian forces controlled Sumy, he said the proliferation of unexploded ordnance meant the area was still dangerous for residents.

“If you hear explosions – and there have been many in recent days – it’s rescuers and explosives technicians. They defuse munitions left by the Russian army on our territory.”

“Don’t drive on the side of roads and don’t use logging roads. Don’t approach destroyed equipment or orc sites! It’s not time to clean up yet. First — demining” , he added.

Sumy, a city with a pre-war population of around 250,000 and the administrative center of the region was besieged at the start of the Russian invasion.

(This story has not been edited by NDTV staff and is auto-generated from a syndicated feed.)