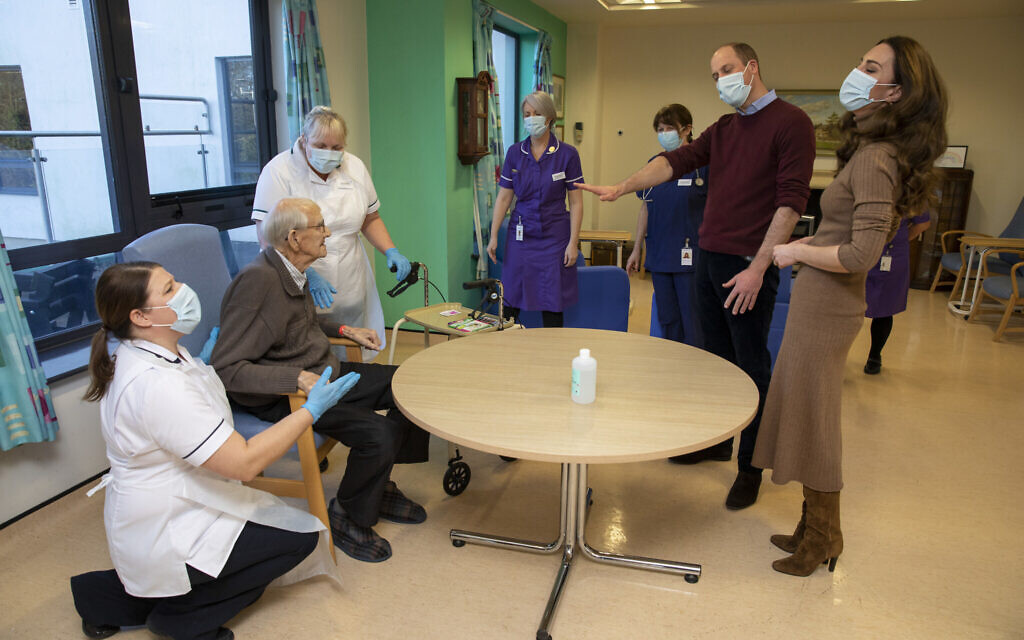 After weeks of declining COVID numbers, Israel’s transmission rate has risen to 1. This means cases are set to rise – and represents an ominous warning that Israel could be heading in the same direction as the UK, where cases explode.

When the so-called R statistic fell below 1 on January 19, it was a signal that the Omicron wave that started in December was receding.

This figure meant that each coronavirus carrier was infecting less than one other person on average, and therefore the number of cases was falling.

Now, the opposite has happened: the R statistic is at 1.1. This appeared in the latest Health Ministry calculation, released on Sunday and based on data from 10 days earlier, as is the norm with transmission calculations.

“This is probably happening because of BA.2,” Hebrew University epidemiologist Professor Ora Paltiel told The Times of Israel, referring to a subvariant of Omicron. “He is also impacted by the fact that there are now fewer restrictions.”

She noted that Israel has just celebrated Purim, which saw many gatherings, and on Sunday nearly a million people are expected to attend the high-density funeral of haredi leader Rabbi Chaim Kanievsky.

Family members visit a relative at the coronavirus ward at Ziv Medical Center in the northern Israeli town of Tzfat on February 15, 2022. (David Cohen/Flash90)

Most of Israel’s remaining coronavirus restrictions were lifted in late February, and as cases plummeted, the population became less cautious.

BA.2 is thought to be more contagious than the original Omicron, but the jury is out on whether it’s more serious.

COVID cases are rising, and rising R suggests the numbers will get worse – as does a look towards the UK. 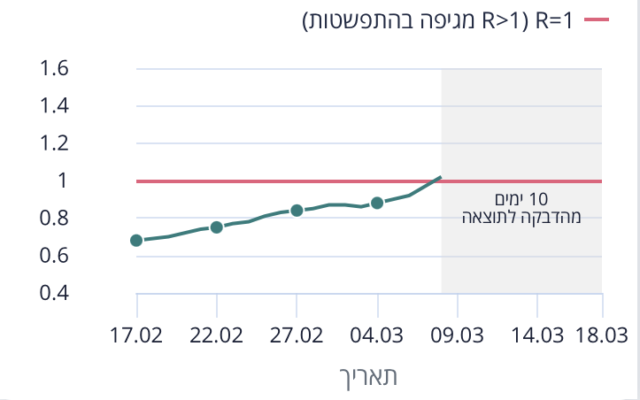 Increasing COVID transmission rate in Israel, on the vertical axis, with the date on the horizontal axis (Israeli Ministry of Health)

New daily cases in Israel peaked in late January. On January 26, the rolling average hit 75,564 new cases based on a multi-day average to increase accuracy, then started to sink. Last week, it fell to 5,852. But then, instead of continuing its downward trend, the number rose to 6,774.

Since the emergence of Omicron, Israel has had something of a COVID time machine. The UK is several weeks ahead of Israel, and patterns there have tended to be largely replicated here. Leading statistics teams predicted what awaited Israel at the height of Omicron by analyzing the UK.

The UK – England, Scotland, Wales and Northern Ireland – saw some 3.3 million people infected, out of a population of 67 million, in the week ending March 12. There, the Omicron wave had started to ebb in early January, and cases continued to drop through February, before starting to rise again at the end of the month.

In the week ending March 12, diagnoses among those over 70, the age group most at risk of serious illness if infected, reached the highest levels of the entire pandemic, according to the Office of National Statistics. In England, the virus is spreading so quickly that one in 30 people over the age of 70 have been infected during this time.

Israel is unlikely to be a carbon copy of the UK’s novel coronavirus experience, as here more measures to stop the spread of the virus have remained in place.

England has even gone so far as to abolish mandatory quarantine for those infected, and now simply asks people to stay at home. In Israel, HIV-positive people are still legally required to self-isolate. Masks remain mandatory indoors in Israel, while they are not in most parts of the UK. 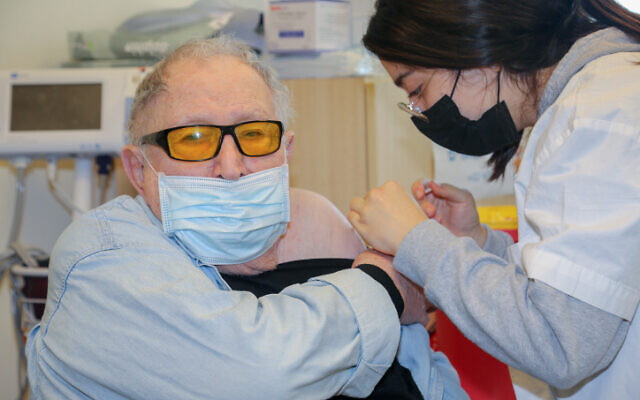 An elderly Israeli receives a fourth dose of the coronavirus vaccine in Ashkelon on January 3, 2022. (Flash90)

And Israel is leading the world with the fourth vaccine, which has some benefits in reducing infection levels and serious illnesses, while the UK is barely preparing to roll them out. Additionally, in Israel anyone aged five and over can be vaccinated, while in the UK there has been no widespread vaccination of under-12s. Paltiel said: “It’s always helpful to be able to look to another country, in this case the UK, although it’s also important to understand that it’s not telling the story.

“And although Israel has more restrictions, we also just had the Purim holiday in which many people met and now have a funeral where a million people are expected, which, although they are outside, will bring people closer together. All of these things have an impact on the spread of the virus,” she said.

If so, we have a request.

Every day, our journalists aim to keep you up to date with the most important developments that deserve your attention. Millions of people rely on ToI for fast, fair and free coverage of Israel and the Jewish world.

We care about Israel – and we know you do too. So today we have a question: show your appreciation for our work by join the Times of Israel communityan exclusive group for readers like you who appreciate and financially support our work.

You are a dedicated reader

We’re really glad you read X Articles from The Times of Israel over the past month.

That’s why we started The Times of Israel ten years ago – to provide discerning readers like you with must-read coverage of Israel and the Jewish world.

So now we have a request. Unlike other media, we don’t have a paywall in place. But since the journalism we do is expensive, we invite readers to whom The Times of Israel has become important to support our work by joining The Times of Israel community.

For just $6 a month, you can help support our quality journalism while benefiting from The Times of Israel WITHOUT ADVERTISINGas well as access Exclusive content only available to members of the Times of Israel community.

Thank you,
David Horovitz, founding editor of The Times of Israel