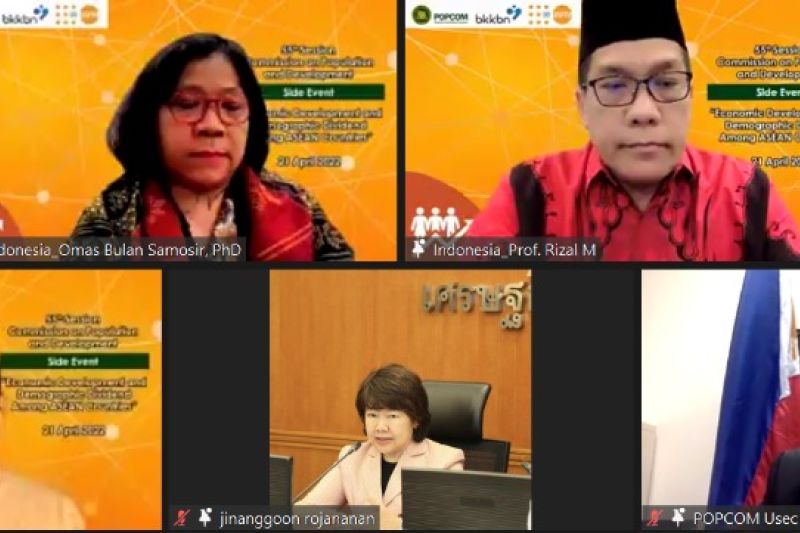 The national economy declines while the population rate increases: BKKBN

Jakarta (ANTARA) – The National Population and Family Planning Agency (BKKBN) has pointed out that the state has seen a deterioration in the economic situation as the population rate has increased.

Deputy Director of Training, Research and Development at BKKBN, Rizal M. Damanik, noted in a written statement received here on Friday that the COVID-19 pandemic has impacted productivity in almost every country in ASEAN.

Indonesian and Filipino workers have lost their jobs, temporary or permanent. The lockdown in some countries has led to lower wages, he noted.

Damanik pointed out that Indonesia would experience a demographic bonus during the period from 2030 to 2040 where people in the productive age group of 15 to 65 would constitute 64% of the projected total population of 297 million. This figure is higher than the prospective rate of people below working age, who were under 15 and over 64.

The higher population rate would be able to help the government create favorable political and economic ecosystems, through the development of human resources.

In February 2020, the National Workforce Survey said there were 51 million millennials in the labor force. Additionally, there were 45 million Gen Xers in the workforce.

However, according to the National Workforce Survey conducted in August 2020, both generations have seen their numbers decline within the workforce. At that time, there were 48 million millennials and 45 million Gen Xers, which meant COVID-19 was affecting them, he noted.

COVID-19 then hit everyone, causing medical expenses for public health to skyrocket. This changed the amount of labor due to death and morbidity and, in turn, lowered household income.

It was good that President Joko Widodo gave guidelines to lift Indonesia out of the middle income trap by 2045, earning 27 million rupees per month or 320 million rupees per year for per capita income. It also included the goal of increasing gross domestic product capped at US$7 trillion.

The senior researcher of the Population Institute of the University of Indonesia, Omas Bulan Samosir, has confirmed an increase in the rate of people living in poverty due to COVID-19.

When COVID-19 hit, there were 26.42 million poor people in Indonesia. The figure rose to 27.55 million people in September 2020, Samosir pointed out.