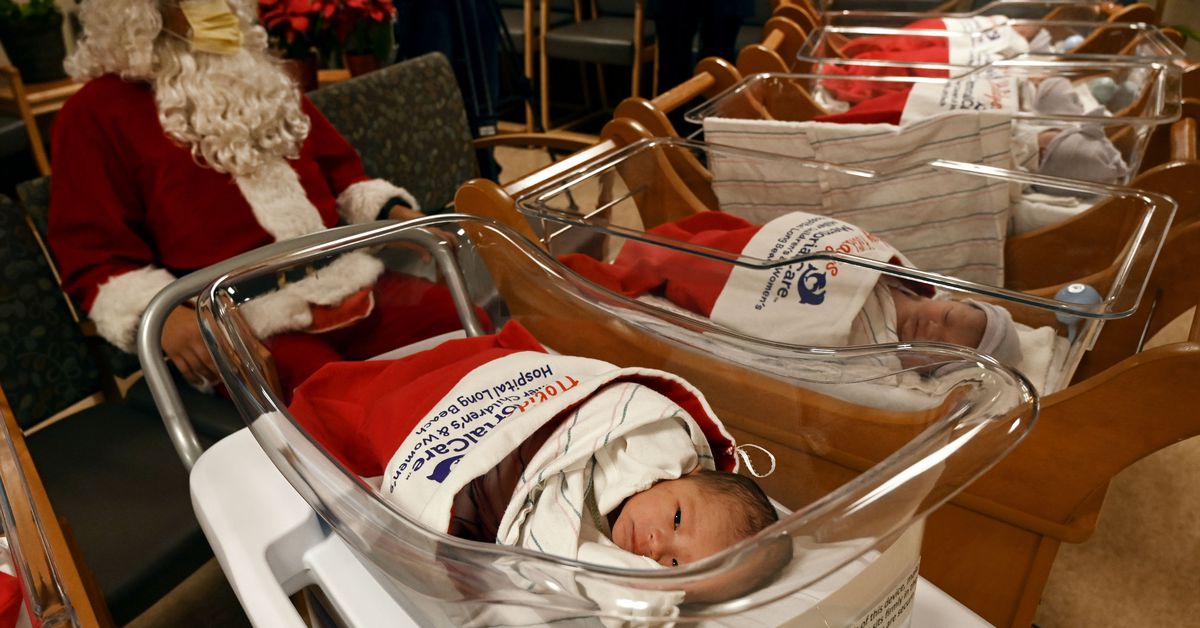 The great slowdown in population growth

On January 1, at the stroke of midnight, New York City welcomed its first new inhabitant of 2022: Leyla Gessel Tzunun Garcia, born at the start of the new year at Coney Island Hospital in Brooklyn.

With changing population and fertility trends, however, there is less competition to become the first baby of the New Year than before. Fewer babies were born in New York City in 2020 than any year on record, while the U.S. population grew only 0.1% in the year between July 2020 and July 2021, the country adding as 392,665 people with net migration and births compared to deaths.

This is the smallest numerical increase since the Census Bureau began making annual population estimates at the turn of the 20th century. In percentage terms, this is the weakest growth in the country’s history.

Rising deaths from the pandemic are playing a role, as are the inevitably creeping death rates in an aging population. But the main cause is declining fertility rates, as fewer Americans have children and those who do tend to have smaller families. The total fertility rate in the United States – an estimate of the average total number of children a woman will have in her lifetime – fell from 2.12 in 2007 to 1.64 in 2020, well below 2.1 necessary for a population to replace itself without immigration.

Nor is it just an American phenomenon. According to one estimate, half of the world’s population lives in countries with below replacement fertility, and countries like Japan – with very low birth rates and little immigration – are already experiencing population decline.

China, which has become a symbol of population control with its coercive one-child policy, now has an even lower fertility rate than Japan, and the government is struggling to convince a growing number. more young people to have more children – or no children at all.

Overcrowding is not what you think

Despite this, the world population at the start of 2022 was nearly 7.87 billion and is expected to cross the 8 billion mark in the coming years. For those worried about climate change, fewer people – especially in some of the richest and most carbon-intensive countries in the world – can seem like an absolute good.

Indeed, there is evidence that an increasing number of young people are choosing not to have children precisely because they worry about what life would be like for their offspring in a hot and chaotic world. Such concerns may be more intense these days, but they are not new – human overpopulation has been a major concern for the environmental movement for decades.

The freedom to choose the desired family size should be a human right, but there is some evidence that many people do not have as many children as they would like. Surveys in the United States show that the reported ideal number of children in a family has remained just above 2.5 since the mid-2000s, even as actual fertility rates have declined. Whether it’s due to a delay in partnership and marriage, economic concerns, or changing lifestyle preferences, there are forces that are keeping population growth below the level people say they want.

And while population growth does play a role in climate change – it’s called anthropogenic warming for a reason – it’s not as big a factor as you might expect, as Sigal Samuel wrote for Future Perfect in 2020. The consumption of resources that lead to carbon emissions is significant. more to climate change than to population growth itself, and these resources are mainly consumed by a relatively small number of wealthy people around the world.

Change those consumption patterns – through a mix of better efficiency and new technologies that don’t emit carbon – and there is enough room to keep growing the population without cooking the planet.

The reality of slowing population growth

However, slower population growth could paradoxically make this transition more difficult. Fewer babies make countries aging, slowing economic growth and hampering innovation. It can be more difficult to sustain forward-looking politics in a country with fewer children – just look at the gerontocracy that is the US government, with its 79-year-old president and octogenarian legislature and judiciary.

And while it might seem like a slowing or even declining population would at least bring crippling house prices down, it might not be. Conor Sen notes in Bloomberg that when people flee dozens of declining subways like Toledo or Syracuse, they are likely to crowd into cities that continue to grow, like Austin or Raleigh, pushing house prices up further there.

Developing policies to encourage people to have more children is difficult and costly, as learned country after country. That’s why for countries like the United States that have historically grown their populations through immigration, encouraging more migrants is probably the fastest and most resilient way to maintain vibrant population growth.

But while last year marked the first time in U.S. history that net international migration added more people to the population than net births, the number of people moving to America has fell drastically again over the past few years, from over a million in 2016 to less than 250,000 between July 2020 and July 2021. It depends on both the restrictive immigration policies of the Trump era and the lasting effects of the pandemic. Reversing this decline should be a national priority and one which, unlike the increase in births, is absolutely within our grasp.

We may have avoided the dystopian and overcrowded future prophesied in books like The demographic bomb or movies like Soylent Green (the latter, featuring a world so overcrowded that corpses are converted into food, taking place in the year 2022). But a good future is always bountiful – and that should include people, too.

A version of this story was originally published in the Perfect future newsletter. Register here to subscribe!

2022-01-05
Previous Post: Population growth in the Netherlands has returned to pre-Covid levels
Next Post: U.S. population growth stagnated at lowest rate on record thanks to pandemic – even slower than during the Great Depression