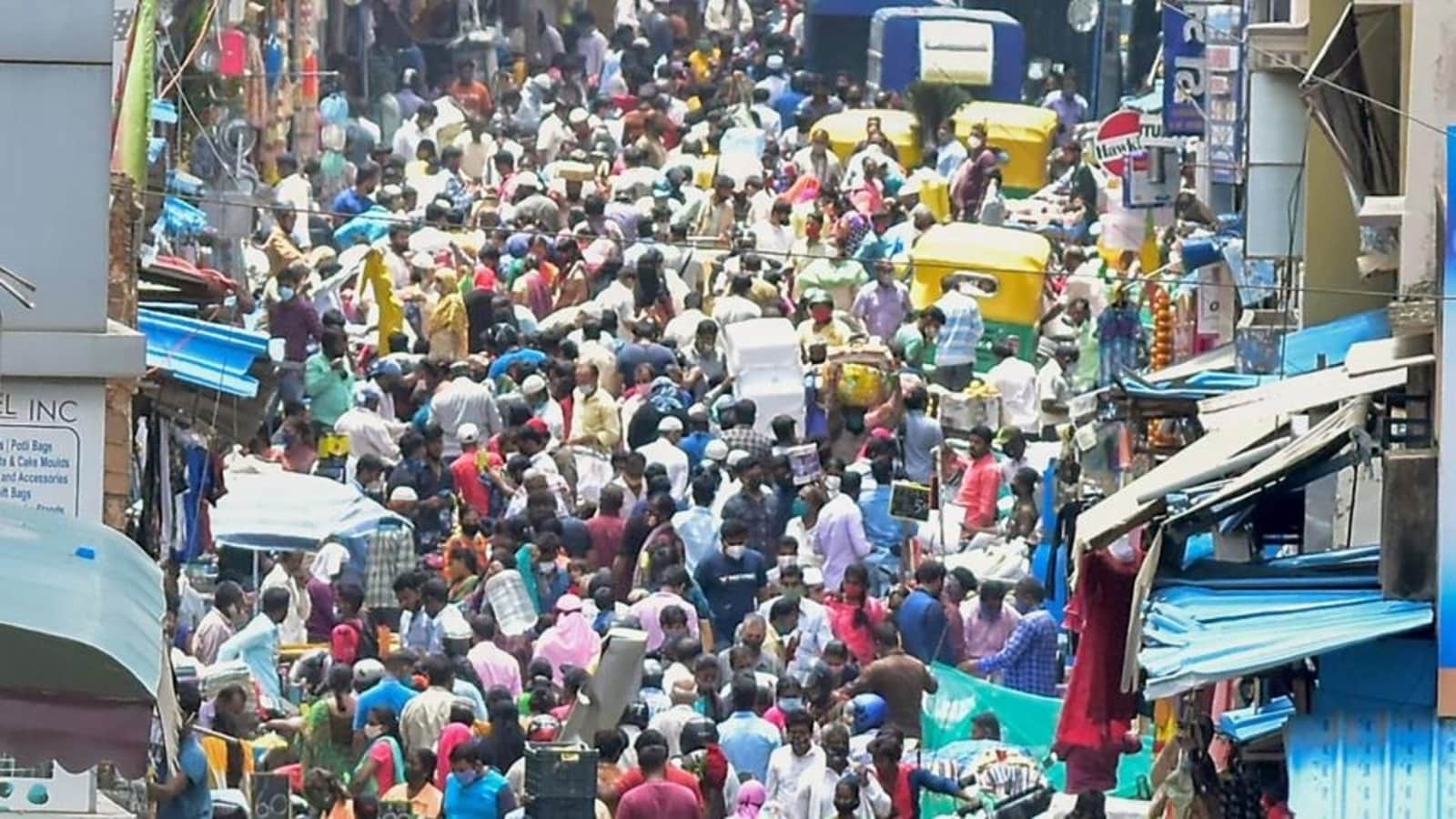 On July 11, the United Nations Population Division released the 2022 edition of its World Population Prospects Report, which said India is likely to overtake China as the most populous country in the world. world in 2023. The report made headlines, with several TV channels hosting debates on the issue. Many have called the report evidence that India’s population is exploding and can only be controlled by strict law. Some have tried to blame the Muslim community for driving the numbers, and some political leaders have demanded a population control law.

Unfortunately, none of these misconceptions are new. Time and again, the discourse of coercive population policies has gained momentum with widespread misinformation about Muslim population growth.

India’s so-called population explosion theory is unsupported by data and evidence. India has experienced a significant decline in its population growth rate over the past 50 years. In 1972, our annual population growth rate was 2.3%. It has now fallen to less than 1%. Over the same period, the total fertility rate (TFR) – the average number of children born to a woman during her childbearing years – fell from around 5.4 to less than 2.1. In other words, the country has reached the replacement fertility rate, defined as the fertility rate at which a population exactly replaces itself from one generation to the next.

Despite the decline in growth rate and GSI, India’s population will continue to grow in absolute numbers for some time, owing to the high proportion of young people in the population. Currently, one in five people in India is a teenager (aged 10-19) and a third a young person (aged 10-24). Even if these young couples have only one or two children, it will still result in a considerable increase in the size of the population. However, the numbers will stabilize as the population ages.

According to a 2020 study by the Institute for Health Metrics and Evaluation (IHME), University of Washington, Seattle, published in The Lancet, India is expected to reach its peak population of 1.6 billion by 2048. India is also expected to have a continued steep decline in the TFR, which will fall to 1.3 by 2100, when our population would be around 1.1 billion. So the idea that India’s population will continue to grow exponentially and indefinitely is wrong.

Slowing population growth has been observed in all communities, and contrary to common perception, there is no threat that the Muslim population will grow faster and overtake Hindus. In fact, the fertility gap between Hindus and Muslims is narrowing. According to data from the fifth cycle of the National Family Health Survey (2019-21), TFR among Muslims has seen the largest decline among all religious communities over the past two decades. The fertility rate among Muslims fell to 2.3 during the period 2019-2021, while in 1992-93 Muslims had a fertility rate of 4.4. Among Hindus, the fertility rate fell from 3.3 in 1992-93 to 1.94 in the latest survey. There is a direct correlation between TFR and development indicators such as female literacy levels, employment, income and access to health services. For example, the TFR of Muslims in Tamil Nadu is 1.93, while that of Hindus in Bihar is 2.88. Fertility gaps between religious groups in India are due to differences in the stages of demographic transition in which these communities find themselves and in the level of education, health, nutrition, employment and development opportunities. that are offered to them.

Strict population control measures have historically had many adverse consequences, such as sex-selective practices in places where son preference is widespread, a phenomenon widespread in India. China finally had to abandon its one-child policy after finding itself in the midst of a demographic crisis and an abnormally high sex ratio between men and women. During the Age of Emergency, a government-led mass vasectomy program led by Indira Gandhi was the cause of a gross violation of civil liberties.

In the 1977 general election, such sterilizations became a major issue and Indira Gandhi was voted out, resulting in the formation of India’s first non-Congress government in the Centre. During the state of emergency, we saw a popular rejection of a coercive policy of population control. India should continue to focus on a rights-based approach to family planning, to which it committed, along with 178 other governments, at the International Conference on Population Development in 1994.

According to NFHS-5, approximately 22 million Indian women have an unmet need for family planning, which means that although they may want to stop or delay childbearing, they cannot do so due to the various barriers they face. to access contraception. Moving forward, we should focus on providing women in all communities with access to family planning services, comprehensive adolescent sex education, and changing regressive social norms that compromise reproductive autonomy. women.

Adequate steps must be taken to capitalize on our large youthful population through investments in education, health and the creation of economic opportunities for young people, which would help us to harness what economists call the demographic dividend. Population is not just about numbers, it’s about people.