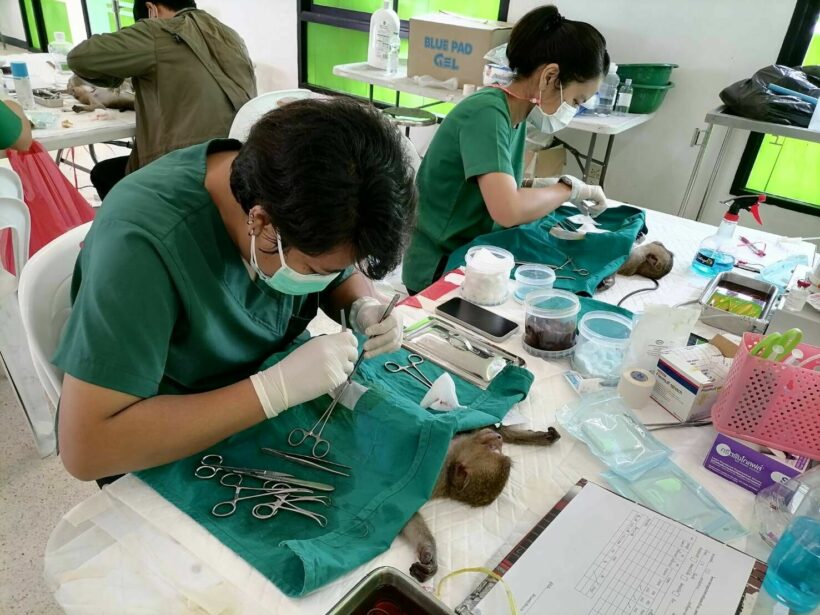 Thailand is stepping up its simian sterilization projects to control the country’s urban monkey population, especially in the central Thai city of Lopburi, famous for its huge population of macaques. So far this year, a total of 624 monkeys have been castrated and released onto the streets.

Lopburi macaques once depended on tourists to feed them, but they remained hungry once the Covid-19 pandemic hit and international travel suddenly came to a halt. Just when tourists started to return and things started to look up, news of monkey pox left the Lopburian monkeys starving to death again.

Although Thailand has not recorded any cases of monkeypox and the disease is mainly spread from human to human, monkeys in Lopburi have started to starve for fear of monkeypox.

The hungry monkeys became aggressive, started fighting and fighting humans for food so they could survive. The monkeys began to invade buildings and force residents to flee their homes. As the monkey population grew, the situation got worse and the monkeys caused trouble all over Lopburi city.

To combat the problem, Thailand’s Department of National Parks has launched a mass sterilization project to bring the macaque population under control.

Just yesterday, veterinarians managed to sterilize 49 macaques. The monkeys were lured into cages with fruit and captured in Khao Somphot mountain in Lopburi.

The monkeys were transferred to an operating table where they were put to sleep, shaved and given a small “tattoo” to see which ones had or had not yet been castrated.

The macaques lay on their backs under green blankets while vets performed vasectomies or tubal ligation operations on them.

The sleeping, sterilized monkeys were given a night to recover before being released where they were found.

So far this year, a total of 624 monkeys have been sterilized under the project, which will continue until Thailand’s monkey population is under control.