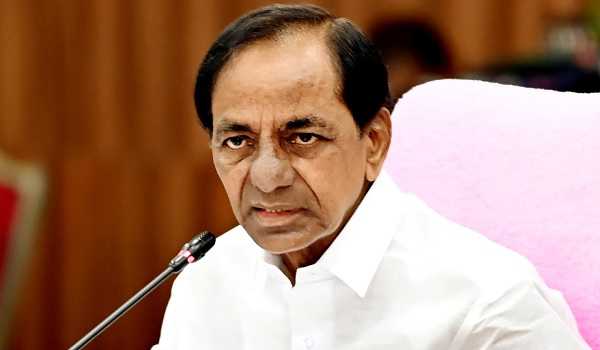 Hyderabad: Telangana Chief Minister K Chandrashekar Rao felt that the growth rate of the state was affected due to the unbalanced policies adopted by the Union government.

If the central government made progress equal to Telangana state, the state’s GSDP would have increased by another Rs 3 lakh crore and the total would be Rs 14.50 lakh crore, KCR said after chaired the five-hour cabinet meeting held on an in-depth discussion on the state’s economic situation at Pragati Bhavan here on Thursday evening.

Officials informed Cabinet that the state recorded a 15.3% growth rate in state revenue this fiscal year.

KCR said the state recorded growth despite funds owed to the state under Centrally Sponsored Schemes (CSS) and various central government schemes declined by (minus) 12.9%.

The delay in releasing central funds to states is ongoing due to the introduction of a new system of accounts SNA (System of National Accounts), the Chief Minister said that not only that, FRMB limits do not are not finalized on time and also apply boundary cuts.

State revenue would have increased further and recorded a growth rate of 22% if there was no reduction in FRMB limits, Rao said.

State Department of Finance officials explained that the state received Rs 47,312 crore of funds under the CSS over the past 8 years and under the Rythu Bandhu scheme alone, Rs 58,024 crore rupees of crop investment aid had been provided to farmers.

In the last financial year, the state government spent Rs.1.84 lakh crore and of which only Rs 5,200 crore was received under the CSS schemes. This means that less than 3% of total state expenditure received funds under central schemes, the chief minister said.

Officials informed the Cabinet that Telangana was number one in the country with an 11.5% growth in state tax revenue.

The state finance officials informed the cabinet that the income of Telangana State in 2014-15, the first year of formation of Telangana State, was Rs 62,000 crore and it was increased to Rs 1.84 lakh crore last year.

In just seven years, the state has seen 3x growth and ranked number one in the country, the officials added.