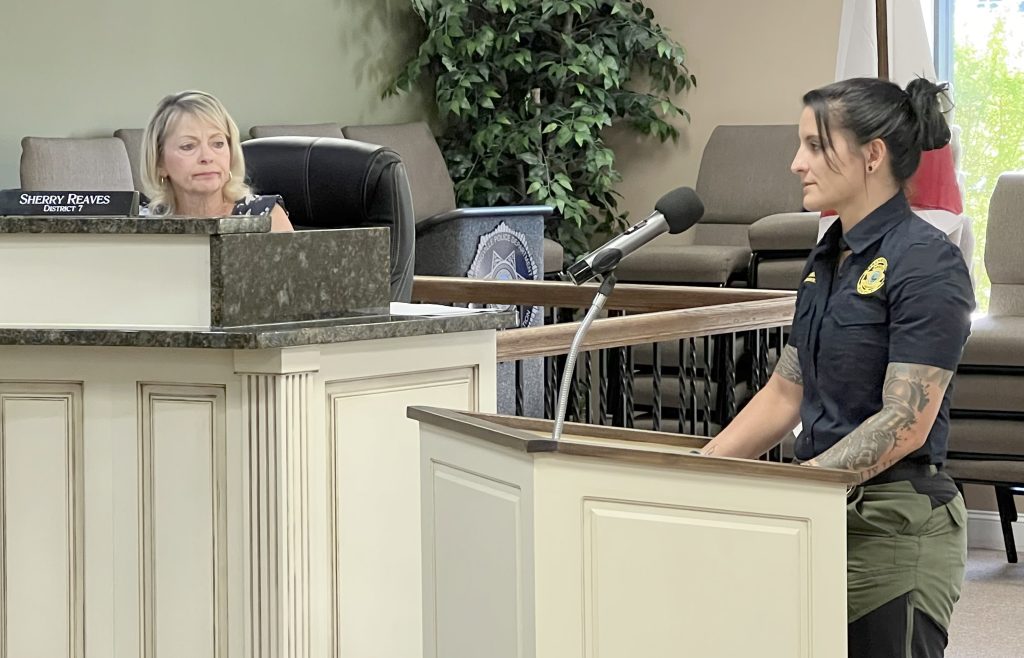 By Terry Schrimscher, For La Tribune

SPRINGVILLE – The Springville City Council met for the second regular June meeting on the night of Monday, June 20. Much of the pre-meeting working session discussion focused on heightened security in response to the recent shootings.

Two weeks ago, a Gadsden School Resource Officer (SRO) shot and killed an intruder who was trying to enter Walnut Park Elementary School. Last week a gunman walked into a religious dinner in nearby Vestavia Hills and killed three people before being subdued.

“We believe it is irresponsible not to learn from what has already happened. We think it’s playing with fire to pretend this can’t happen within our own community,” Milazzo said. “We are very proactive, but we are here to ask the council tonight, and our community, to help us fund, hopefully, an SRO.”

Council member Sherry Reaves has been working on plans to coordinate efforts to increase safety in Springville schools.

“The blood is going to be on us. Everything that happens to these kids, anyone in this school, they come to us and tell us why. Because we failed to protect their children,” Reaves said. “God put it on my very heavy heart, and I’m not stopping.”

Reaves discussed options with Springville police and with leaders of nearby Argo and Margaret communities, which use Springville County schools to partner in heightened security.

“It’s time for us to stand up, and that’s really important,” Reaves said.

She said there are options to apply for grants, but ultimately those costs revert to the city after three years.

In other matters, the council approved bonus funding of $8,068 to distribute to city retirees. Council also approved the reallocation of funds from zoning to parks to fund the new Nature Reserve Manager position approved at the June 6 meeting.

Councilman Tim Walker expressed concern about the zoning application process and said the potential for conversion of farmland to residential properties could impact the city’s infrastructure.

“Shouldn’t we put a temporary moratorium on rezoning until we can figure out how many homes we can actually support here in the City of Springville,” Walker asked.

In response, the council approved a proclamation, prepared by City Attorney James Hill, stating that the city will not approve garden homes and other high-density developments until the infrastructure is deemed adequate.

According to the proclamation, the council’s position is “to deny applications to rezon a property in the City of Springville, Alabama to residential R-4 Garden Home, and that the city expects this intention continue until the city council determines that the city’s limited infrastructure resources are able to adequately respond to the additional strain on those resources caused by such developments.

The proclamation was approved with amended wording to include all potential high-density housing developments and not strictly garden house communities.

The board moved the July meeting to Wednesday, July 6, due to the Independence Day holiday.

2022-06-21
Previous Post: Developments in the biosimilars market are expected to significantly boost the growth rate to 18%
Next Post: Iraq wants to start population control in ‘unplanned’ boom