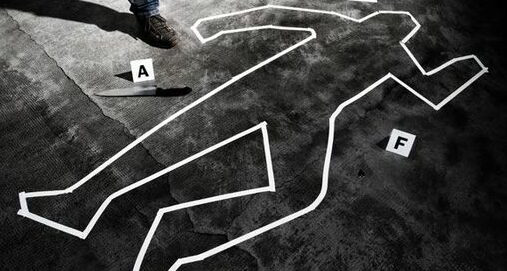 Both SLO County murders in 2021 occurred in the city of San Luis Obispo. In May, Detective Luca Benedetti was killed in the line of duty. In November, an Exeter man allegedly killed a 64-year-old homeless man.

Many killings in Santa Barbara County in 2021 were gang-related. In February, two gang members shot and killed two 19-year-old college students who were trying to sell marijuana in Goleta. In May, two people were murdered in Santa Maria in three days, although investigators said one of the shootings was not gang-related.

Last year, five peace officers were murdered in the line of duty in California, compared to two officers killed in 2020.

When the circumstances leading to the murder are known: 36.3% were the result of a specified argument; 26.6% were linked to gangs; 7% occurred in conjunction with the commission of rape, theft or burglary; and 6.3% were related to domestic violence.