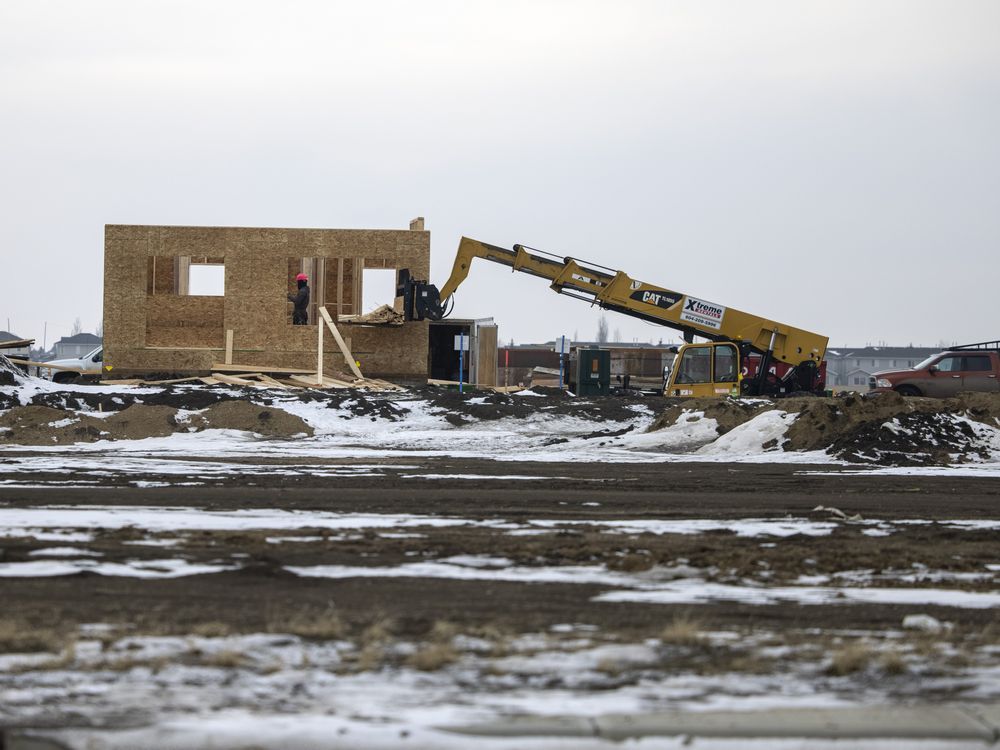 Saskatchewan needs to build more homes in the next eight years than have been built in the past three decades to meet ambitious population growth targets of 1.4 million by 2030, according to the Saskatchewan Housing Continuum Network (SHCN), a consortium of housing organizations formed in May.

Reducing red tape and encouraging construction, such as the city of Yorkton offering a 100% tax refund over five years to owners of newly built one- and two-unit homes, could be a solution to the lag, said the CEO of the Saskatchewan Realtors Association. .

“That’s the kind of impact we need to have across the province at the grassroots level,” Chris Guerette said Tuesday. “If there’s a way, for example, that the City of Regina can reduce the time it takes to process fees, permits, that it can speed up or help builders build homes faster, that’s the kind thing we want to examine. ”

Saskatchewan needs about 141,500 new homes by 2030 to keep up with projected growth — at least 17,687 units a year during that time — to avoid a housing deficit, SHCN said in a news release. tuesday. There have been 98,000 homes built since 1990, according to the consortium.

Saskatchewan’s Growth Plan, released in late 2019, sets a target of 1.4 million people living in the province by 2030. According to Saskatchewan’s Quarterly Population Report, the estimated provincial population in January 1, 2022, based on Statistics Canada figures, was 1,183,269.

The SHCN used two systems to collect its estimate: the formula used by the Organization for Economic Co-operation and Development (OECD) and the current average of housing units built in the province. Using the OECD method, the consortium’s estimate landed at 141,500 new units while the current average in the province came up with a figure of 95,500.

Regina needs 6,850 more units to reach the OECD level, almost 7% more than existing units. About 8,950 additional units are needed in Saskatoon, according to the continuum report.

“When we talk about housing, we are talking about all types of units, not just to buy. It is for rent; it’s any type of housing that our population would need,” Guerette said.

Work at the provincial and municipal levels is needed, and Guerette says SHCN can be part of the solution to support long-term growth plans. Its research objective was to identify planning goals and the next phase for the SHCN will be to better understand housing at the local level to better inform future policy.

“Any new policy that a government plans to introduce that will impact housing and real estate, needs to be very vigilant because there are often unintended consequences,” Guerette said.

Requests for comment from the Government of Saskatchewan and the City of Regina have not been returned at the time of publication.

News seems to be flying towards us faster all the time. From COVID-19 updates to politics and crime and everything in between, it can be hard to keep up. With this in mind, the Regina Leader-Post has created a Afternoon titles newsletter that can be sent to your inbox daily to ensure you are up to date with the most vital news of the day. Click here to subscribe.