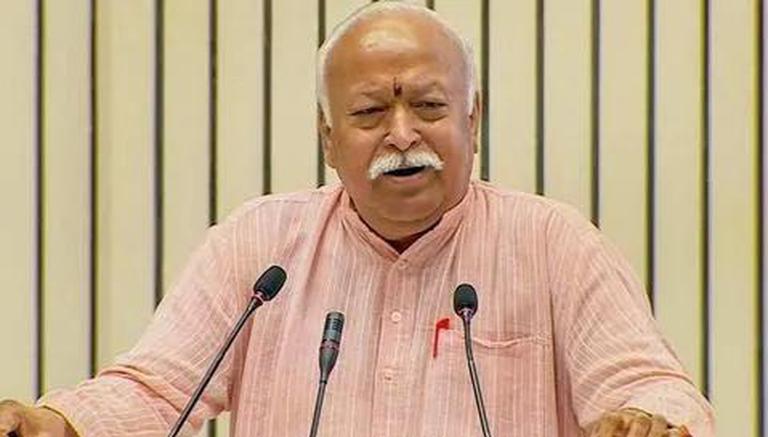 Speaking at the first convocation ceremony of the Sri Sathya Sai University for Human Excellence on Wednesday, RSS leader Mohan Bhagwat said he was in favor of population control. This is gaining significance following a UN report which predicts that India will overtake China to become the world’s most populous country by 2023. Supporting Bhagwat’s remarks, the national spokesperson for the BJP, Gaurav Bhatia, said Republic Television that population control is essential to ensure that citizens lead dignified and meaningful lives.

Mohan Bhagwat said, “Even animals survive. If man had no brain, man is the weakest animal on earth. Due to a cognitive impulse, his life changed and made him the best. Even animals eat, drink and increase the population. . The mighty will survive, it’s the law of the jungle – survival of the fittest. This is the truth applicable to animals, not to humans. In humans, the fittest people will make the others survive. The fittest will help the weakest to survive. It is human excellence. The human being consists in using his own faculties to make the world survive.

“It is a known reality that the resources available to the citizens of a country are limited. And these resources must be used for the benefit of every citizen. Thus, population control is a necessity for us. There are already a policy in place And in this context, what Mohan Bhagwat Ji said will resonate with the people of the country This is not just about procreation, this is about a dignified and meaningful existence that we aspire to said Gaurav Bhatia of the BJP.

Speaking on World Population Day, Uttar Pradesh CM Adityanath argued that demographic imbalance has a negative impact on religious democracy which in turn can lead to chaos and anarchy. He said: “It should not be true that the population of a community is growing at a faster rate than the original inhabitants. We will create a demographic balance by raising awareness and enforcing the law. This is a subject of concern for all countries where there is a demographic balance. It has an opposite impact on religious demography and (this country) experiences chaos and anarchy after a while”.

Disapproving of this argument, SP leader Akhilesh Yadav commented on Twitter: “The destruction of democratic values ​​and not of the people (imbalance) will lead to anarchy”. This was seen as a veiled dig into the style of operation of the UP government. AIMIM supremo Asaduddin Owaisi also lambasted Adityanath, citing that the total fertility rate in the state had fallen from 2.6 to 2.3.

2022-07-14
Previous Post: Bayonne will study its population growth since 2014
Next Post: The Challenges and Benefits of Marketing Wine Regions Without a Signature Varietal