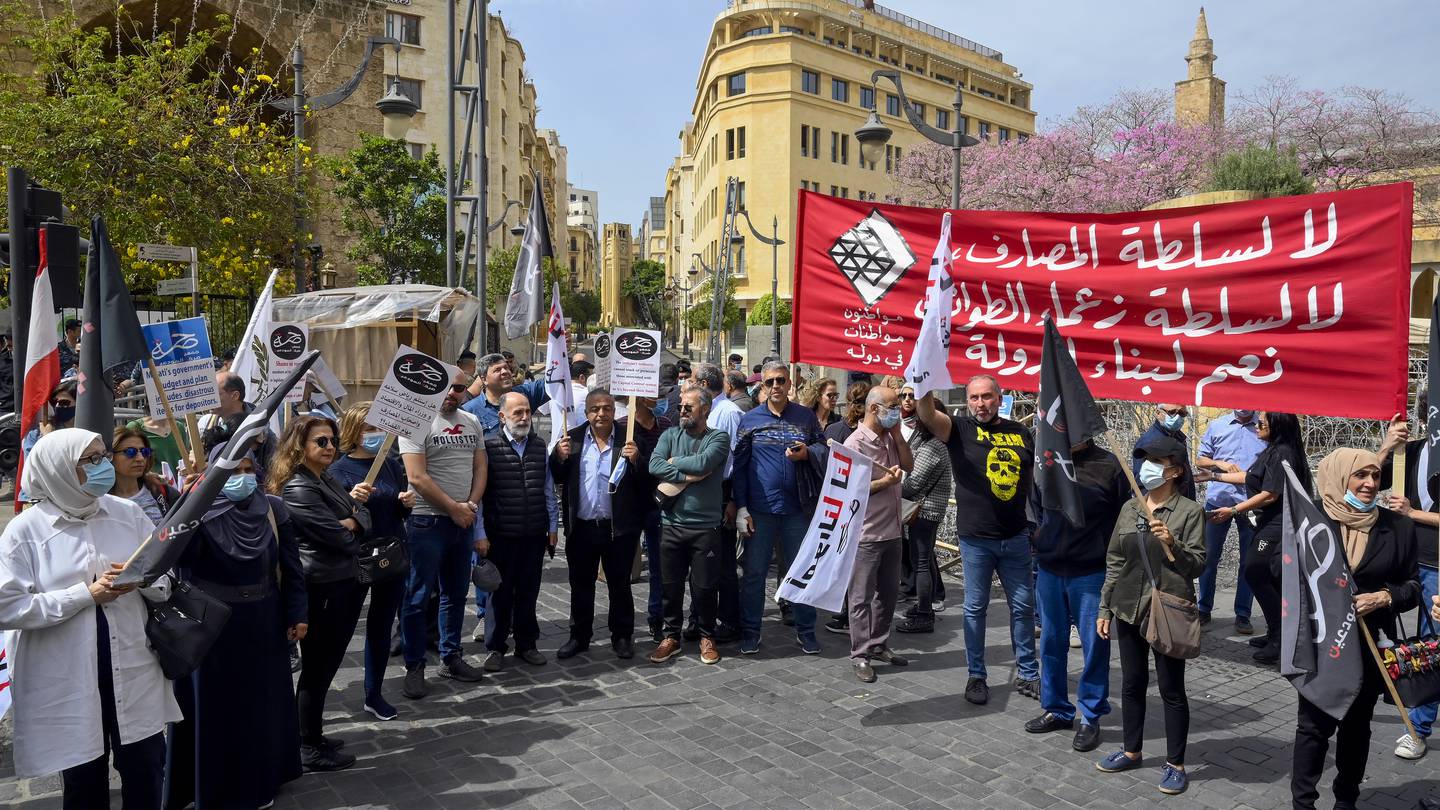 Dozens of people gathered outside Lebanon’s parliament on Wednesday to block MPs due to discuss a capital control law that protesters described as an attempt to “legalize theft”.

The protests come two and a half years after banks illegally restricted access to deposits and halted a session of a joint committee, which was due to finalize the law before sending it to parliament.

The session did not take place, the official newspaper reported national news agency.

“We are ready to act on the capital control law after it is amended, in light of clear data from the government in a way that does not hold depositors accountable,” said MP Ibrahim Kanaan, who heads the Finance and Budget Committee, reported ANI.

Lawyer Karim Daher, who heads a committee for the protection of depositors’ rights at the Beirut Bar Association, said the cancellation of the joint parliamentary committee meeting means it is highly unlikely that the control law of capital is adopted before the general elections on 15 May.

Videos shared on social media show a car with black tinted windows forcing its way through a crowd near parliament. The demonstrators chanted “thief” and other insults at the deputy, considered by the demonstrators to be the deputy speaker of parliament, Elie Ferzli.

Alda Talib, 50, stood outside the entrance to parliament, holding a banner that read: “Shame on you MPs for legislating the Capital Control Act to legalize the theft of all Lebanese people”.

Ms Talib, a hairdresser who closed her shop at the start of the country’s economic crisis in 2019, said she had no access to her savings. “I have accounts at three separate banks and I receive $100 from each [every month]. This is how I live,” she said.

Banks are allowing those who received money from abroad after November 2019 – when they reopened after a two-week closure as the value of the Lebanese pound slipped – to access their money.

This kind of double standard is unprecedented outside Lebanon, Daher said.

“The Capital Control Act should not be passed before determining who is responsible for the crisis, who violated the law among politically exposed persons and the banking sector,” he said.

Daher said a capital control law is needed, but should be passed as part of a global restructuring of the banking system, including the unification of several coexisting exchange rates and lifting banking secrecy.

In its current form, the Capital Controls Act “legitimizes a kleptocratic political class and allows it to escape responsibility for this crisis”, he said. “It gives banks and politicians a blank check to continue illegally holding deposits and doing whatever they want at a discretionary level,” he said.

The crisis caused the Lebanese pound to lose about 90% of its value and plunged more than three quarters of the population into poverty.

The World Bank has flagged Lebanon’s economic crisis as one of the world’s three worst economic collapses since the 1850s. It said it was “orchestrated by the country’s elite who have long captured the state and lived from its economic rents”.

The IMF said in April that the crisis was caused by unsustainable policies, an overvalued exchange rate and an oversized financial sector combined with “serious problems of accountability and transparency”.

The IMF had then agreed with the government to implement major reforms, including the restructuring of the financial sector, before the disbursement of the equivalent of 3 billion dollars. Local media reported that a version of the stimulus package was leaked on Monday which includes, among other things, passing a capital control law.

MP Fouad Makhzoumi, one of the few lawmakers to oppose the capital control law in its current form, said it did not reflect the stimulus package.

“It’s true that we should have passed it a long time ago, but what are they trying to achieve by passing it on its own now?” he said.

“This is another attempt by the government to show the world that there is support for a stimulus package ahead of the election. Those in power are protecting the current system and cannot afford to have an announcement that it has collapsed.”

2022-04-20
Previous Post: How Influencer Marketing Will Change in the Age of the Metaverse
Next Post: Serious health problems more than double the suicide rate