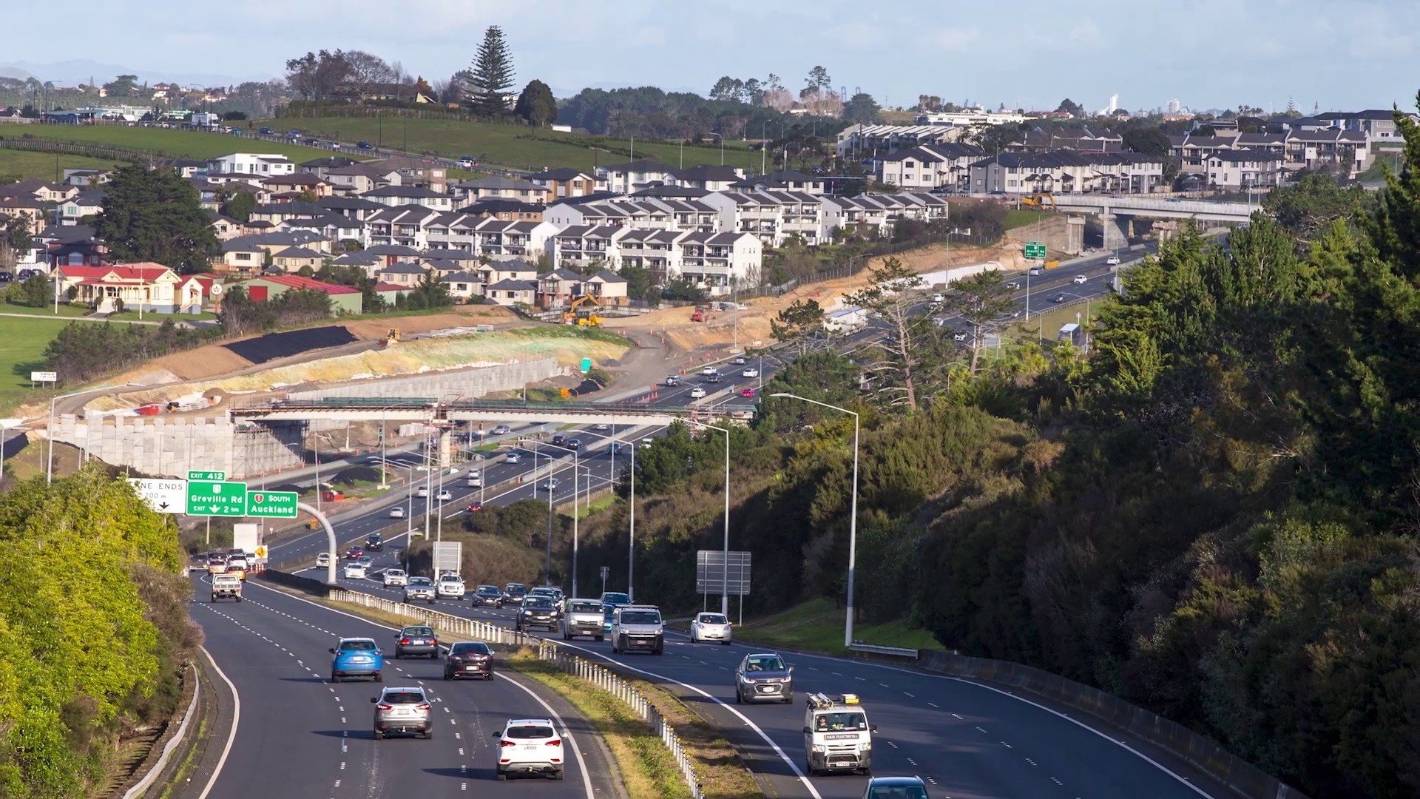 A new rapid transit route has been proposed for North Auckland to accommodate population growth the size of Whangārei predicted over the next 30 years.

Auckland Transport and Waka Kotahi are consulting with the public before issuing a notice of requirement for the 16km route, which will pass through swaths of farms and lifestyle properties that will be zoned urban.

Dairy Flat, Silverdale West and Wainui are expected to grow by around 110,000 people by 2050 through the development of 41,000 new homes.

A spokesperson said the corridor, which would run through Dairy Flat, Silverdale West, Pine Valley and Milldale, could be used for a bus lane or light rail. It would also include a cycle path.

In the meantime, government agencies are suggesting that the northern highway could be widened to create bus shoulders as an “interim solution”.

This would effectively extend the northern railway line from the North Bank to Silverdale.

The dedicated bus lane currently goes as far north as Albany and it takes around 50 minutes to take the bus from Hibiscus Coast Station to Auckland CBD.

Waka Kotahi’s regional relations manager, Steve Mutton, warned that the proposed projects had not yet been funded, but said they needed to be planned anyway.

“We need to protect future transportation corridors long before construction. Then the projects would be considered part of rezoning and land release by Auckland Council over the next 10 to 30 years.

Meanwhile, maps included in the consultation show an improved interchange on the freeway near Wilkes Road that would allow trucks to access a new industrial area that surrounds the North Shore Aero Club at Dairy Flat.

The Aero Club controversially applied for ‘airport status’ in 2020 and the public has been awaiting a decision from Transport Minister Michael Wood since a meeting was held in May.

Transport proposal and consultation is done through Te Tupu Ngātahi Supporting Growth, which is a shared program between Auckland Transport and Waka Kotahi.

Submissions on the project are open online until August 19.

A “walk-in” community information session will be held on Saturday, August 13 at 11 a.m. in the Dairy Flat Hall.