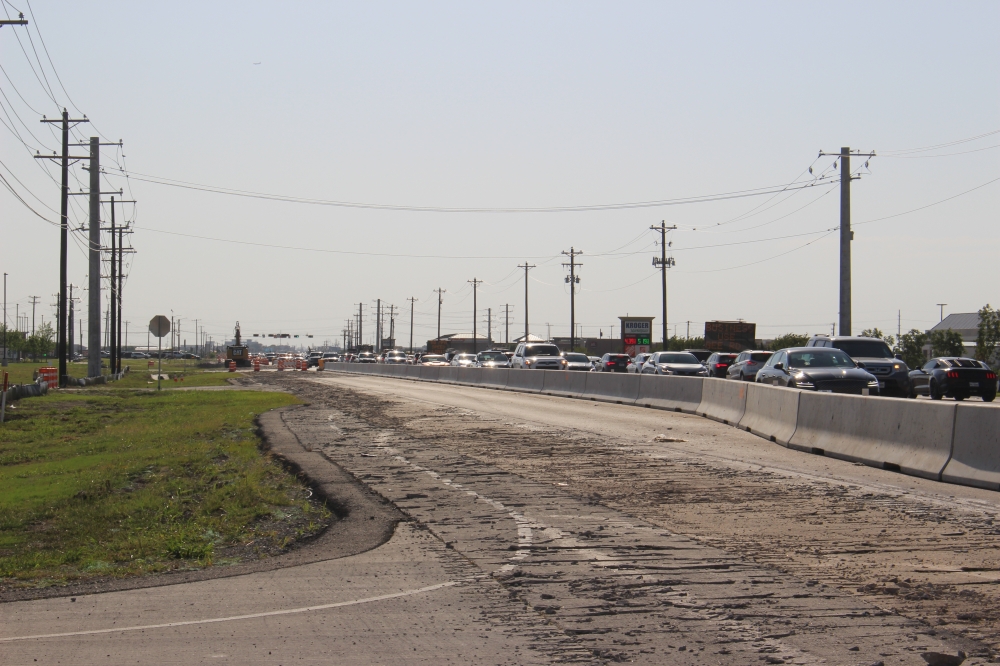 While discussions continue on a potential bypass to ease congestion on US 380 in McKinney, another US 380 project from Denton to Frisco just west of the Collin County line has already begun.

Work began in April to relieve congestion that commonly occurs on 15 miles in Denton County. Officials expect congestion on US 380 near the next headquarters of the Professional Golfers’ Association of America to nearly triple by 2045.

US 380 is an important east-west corridor in the county, McKinney Mayor George Fuller said.

“It is necessary for regional mobility, and we must always consider it as such, never as a community or an individual city,” he said.

With major developments including the West Grove mixed-use development in McKinney and the PGA Frisco headquarters building along the US 380 corridor, officials say roadway expansion is imperative when combined with explosive population growth.

Collin County Commissioner Darrell Hale, whose ward includes McKinney, said US 380 is a huge connector for McKinney residents and other area drivers to travel east and west. through Collin and Denton counties.

“We don’t have any other east-west toll free highway,” Hale said. “Some sort of capacity upgrade for US 380 is definitely needed.”

The $140 million Texas Department of Transportation project includes widening US 380 from US 377 just west of the Collin County line in Frisco. Five bridges will also be constructed at key intersections along the corridor.

Work also began last year on a $20.6 million project to add an elevated median with left and right turn lanes from Loop 288 to the intersection of US 377 and US 380 in Denton. .

Both work segments are expected to be completed in 2025, officials said.

“We have experienced incredible growth throughout [US] 380, and more is coming. Enlargement [US] 380 first and foremost makes it a safer highway and will undoubtedly save lives,” he said. “Beyond that, it will save our residents a lot of valuable time commuting to work and entertainment. »

Of more than 1,800 measured roads in Texas, a 2021 study by the Texas A&M Transportation Institute ranked US 380 from US 377 in Dallas North Tollway as the 43rd most congested road in the state.

Officials said the road is used to help locals get to and from work, as well as access businesses and services.

“People come to Collin County to work, then leave and go home to other counties,” Hale said.

And the traffic should increase. The PGA’s new headquarters in Frisco will open later this year and will be located off US 380, west of the Dallas North Tollway. The first tournament will be next year and the Frisco Senior PGA Championship will be held in 2027, Frisco Mayor Jeff Cheney said.

“We’re going to need the ability to move hundreds and thousands of people … to accommodate these types of events,” Cheney said. “[US] 380 and that the infrastructure is complete is essential.

An upcoming McKinney project at US 380 and Custer Road is West Grove, a 52-acre, 600,000-square-foot mixed-use destination for retail, restaurants, offices, residences and entertainment.

The region as a whole is also experiencing population growth. Between 2010 and 2020, Denton County grew by more than 36%, according to data from the US Census Bureau. Collin County’s population is growing even faster, increasing nearly 42% over the same period.

TxDOT studies show that the population in the area of ​​US 380 from I-35 to the Collin County line increased 92% between 2010 and 2020 and is expected to continue to grow at a rapid rate, contributing to the need to improve US 380 at the Collin County Line.

Crews are working to build an additional traffic lane in each direction from US 377 to the county line, add a raised median to reduce crossover accidents, and also build five level-separated interchanges. These will be built at Navo Road, FM 720, FM 423, Teel Parkway and Legacy Parkway.

“[The interchanges create] a ‘super street’ which is the next pavement classification below a freeway,” Williams said.

Construction will be divided into three phases, with each phase expected to last about a year, said Kendall Kirkham Sloan, TxDOT’s public information officer.

During the first phase that began April 20, traffic shifted to the north side of US 380 as crews worked on the south side of the road. In the second phase, this will alternate, with traffic on the south side. The final phase will consist of grade separations and the construction of the raised median, Sloan said.

“Each phase will focus on working across the duration of the project at once,” Sloan said in an email. “Intermittent lane closures and lane reductions on cross streets can be expected, but there will be no long-term lane reductions from US 380 during construction.”

Several projects are planned to relieve traffic on US 380. As the construction of US 380 in Denton County widens the route to Frisco, future plans are in place to create a freeway bypass through the Collin County. The bypass would begin at US 380 on the west side of town and travel north of the causeway to US 75 before returning south to connect to US 380 again. Another project in Collin County, the Outer Loop, is proposed to extend east of the Denton County and Collin County line and then south to Rockwall County.

One of the main problems with US 380 is that it was built to operate as a rural high-speed road, Sloan said. But that is no longer how the pavement is used.

“This reconstruction will update the causeway to function as an urban section that will better serve the way US 380 is used today,” Sloan said in his email.

Similar work to upgrade US 380 in Collin County from a rural route to an urban route was completed in 2017 between Coit Road and Custer Road, said TxDOT public information officer Madison Schein. . The improvement project in Denton County will match improvements that have been made on the side of the road in Collin County, while also linking to future projects, such as the Collin County Bypass around the United States 380.

TxDOT is to identify a preferred US 380 bypass alternative and further develop its schematic design by the end of the year. This will be presented in public hearing in early 2023.

Much more needs to be done to relieve congestion on US 380, Hale said. This includes the outer county loop. Denton County Commissioners have begun the preliminary phase of the Outer Loop project from I-35 to the Denton County/Collin County line, Williams said.

Additionally, Collin County is completing a North-South Freeway Study on the east side of the county, which examines whether Collin County needs one or two northbound freeways in this area.

“Everything is connected with [US] 380 being the first domino to fall,” Hale said. At the meeting, TxDOT officials said projections show that by 2045, if no further improvements are made to the US 380 study area beyond the current project, congestion is expected to increase further. . more than 200%. That’s three times what was experienced in 2020, the presentation says.

Cheney said he expects the bridges in the current project to “significantly” ease traffic not only in Frisco, but also in surrounding towns.

Fuller said no matter what happens with US 380, it needs to be viewed holistically because it’s a critical corridor for the region.