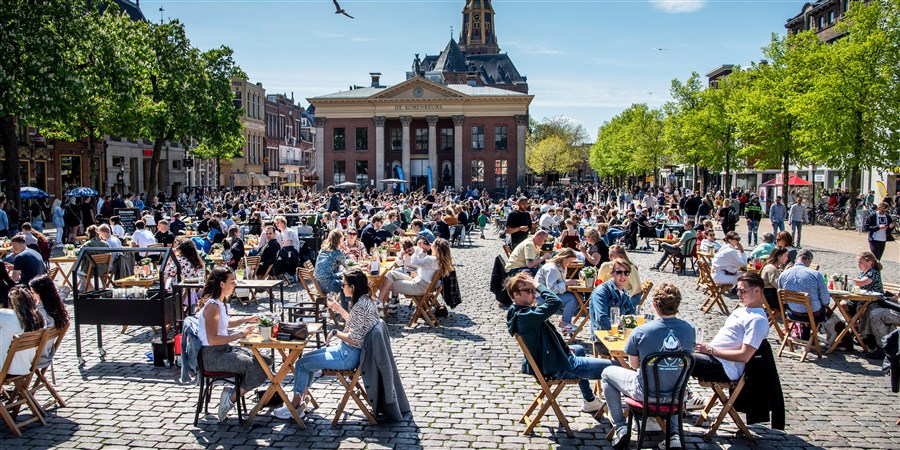 Population growth is almost back to pre-pandemic levels

In 2020, population growth has halved again compared to 2019: there was less foreign migration while the rate of natural increase (births minus deaths) was zero. The population started to grow again in 2021. It is estimated to be lower than in 2019 (125,000), but higher than in previous years (around 100,000). The final figures are subject to revision due to the development of the situation during the last weeks of the year.

In 2021, mortality was again relatively high and estimated at over 168,000 deaths. Mortality was higher than expected from the first week of August; also at the start of the year, during the third pandemic wave, there was excess mortality.
The number of live births is higher than in previous years. The annual number of live births has hovered around 170,000 since 2013, but for 2021 it is expected to approach 180,000. In February 2021, year-over-year growth was recorded in the number of live births in Canada. course of each consecutive month. Due to the higher birth rate, the Dutch population is estimated to have grown by over 11,000 in 2021 thanks to natural growth. In 2020, mortality and birth rate are still balanced.

Overall, more foreign migrants from all parts of the world settled in the Netherlands in 2021 compared to 2020, but the number of Dutch migrants has declined. Until December 1, 3,200 more inhabitants of Dutch origin left than they returned. Immigration was particularly on the rise: 17.6 thousand, compared to around 23,500 in the years leading up to 2021. After the outbreak of coronapandemia in early 2020, the number of immigrants was still increasing, while the number of emigrants were decreasing. As a result, the net migration of this group was positive in 2020, while it was mostly negative in previous years.
In 2021, the number of Dutch emigrants rose again, albeit lagging behind the years before the coronavirus crisis.

Half of immigrants from European countries

About half of the group that was added in 2021 due to out-migration is of European origin. More than a quarter of migrants are of Asian origin. Until December 1, the migratory balance of these two groups was again higher than during the same period of the pre-pandemic year 2019. Among the migrants from Africa, America and Oceania, net migration until December 1, 2021 was lower than in 2019.