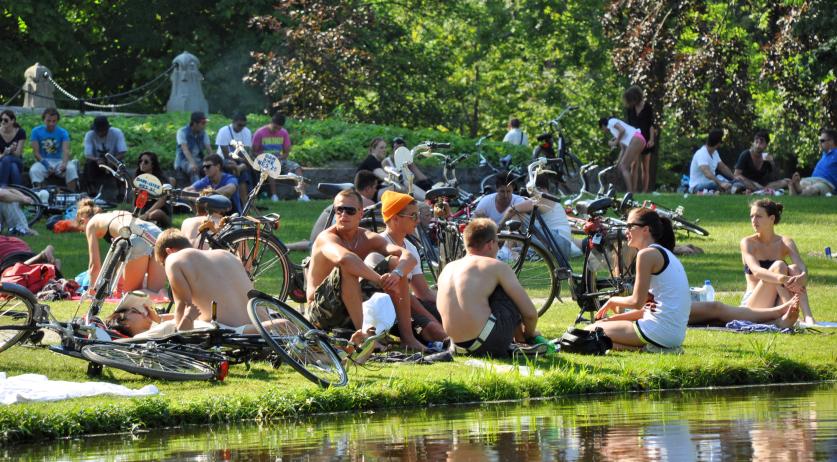 The Dutch population grew at roughly the same rate in 2021 as the years before the coronavirus pandemic. The number of deaths remained above normal, but many more children were also born. In addition, the population has grown more due to immigration compared to 2020, reports the Statistics Netherlands (CBS).

The number of residents increased by around 118,000 last year to almost 17.6 million. Growth was lower than in 2019, but higher than in previous years. In 2020, the first year affected by the coronavirus pandemic, population growth had almost halved compared to a year earlier.

The death toll this year has been higher than usual again, mainly due to the corona virus. This was particularly the case at the start of the year and in the months following August, but births totaled nearly 180,000, higher than the average of 170,000 in previous years.

CBS sociologist Tanja Traag previously speculated that, in part because of the coronavirus, more children would be born in 2021. The Dutch started working a lot more from home and were therefore more likely to achieve a different balance. between work and private life. In addition, the blockages have likely caused people to focus more on their families.

Last year, a smaller group of immigrants again moved to the Netherlands than in 2019. At the same time, fewer people emigrated from the Netherlands to another country. As a result, the population growth caused by immigration was, on the whole, almost the same as the year before the coronavirus pandemic.

Last year, fewer municipalities had to deal with a population contraction. In particular, the population has stopped declining in many municipalities of Groningen, Friesland and Drenthe. “This development is part of the trend that has continued since 2015: an increase in relocations from the Randstad to less densely populated regions of the country,” said the researchers.

The strongest proportional growth in the number of inhabitants was recorded in Flevoland. Statisticians have pointed out that the population of this province is relatively young, which means more children are born than people die. In addition, Flevoland attracted many people from other provinces.

Population growth in many major cities stagnated in 2020. Due to global measures against coronaviruses, the influx of migrant workers and international students has declined. Normally, these are important engines of population growth in cities. As immigration increased again, population growth accelerated last year in big cities like Amsterdam, Eindhoven and Tilburg.

Statistics Netherlands figures are an estimate and will be revised later when the bureau receives more information on the final weeks of 2021.