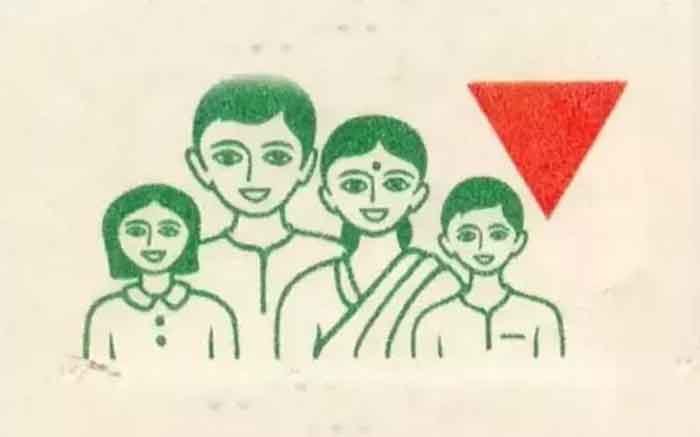 The ghost of population control was resurrected after the Assam and UP Population Bills made headlines last year. This has reinvigorated the widespread belief that some people and communities have far too many children and therefore hinder important national development work. And the default solution envisioned to deal with these overproductive people is to punish them with various disincentives, rather than understanding and addressing the root causes of high fertility. But punitive population control policies have done more harm than good, especially to people who are already marginalized.

The tradition of blaming overpopulation as an obstacle to the country’s development dates back to the Indian famines of 1876-1878, which killed more than five million people and were blamed on Indian overpopulation rather than colonial famine relief policies. which exacerbated the situation by limiting funding for famine relief at that time. Since then, overpopulation has been a popular punching bag for colonial and post-colonial government development failures, often reintroduced in times of governance failures when there is little else to do. blame.

Two-child policies are perhaps the best examples of a punitive population control policy that particularly punishes the marginalized without addressing the root causes of high fertility rates. Currently, seven Indian states – Andhra Pradesh, Bihar, Gujarat, Maharashtra, Odisha, Rajasthan and Uttarakhand – have laws prohibiting couples with more than two children from running for local body elections and accessing a multitude of social benefits, pushed further into the year 2021 with Assam and UP population bills. Research clearly establishes that two-child policies have disproportionately harmed already marginalized people, including Dalits, Tribals, OBCs, Muslims and especially women, by reducing their representation in local politics, sex-selective abortions according to gender, abandonment of female wives and infants and non-vaccination of girls to avoid registration. Ironically enough, the two-child policies run counter to the mandate of the 2000 National Population Policy and India’s engagement in various international platforms, including the 1994 ICPD in Cairo, which stresses the importance voluntary and untargeted family planning policies. However, since health is the domain of the state and two-child standards have largely been put in place under the state Panchayati Raj laws, the union government has not been able to intervene in this matter.

In another example, after independence, 8% of central aid provided to states by the union government was made conditional on achieving family planning goals. As a result, states with higher fertility rates, which reflects lower overall socio-economic development of the region, were further penalized by being deprived of the small, crucial development aid they could have received from the center. . On the contrary, these regions have needed additional help over the years to deal with the dilapidated state of public health infrastructure and health indicators. relatively low development, high mortality, high fertility compared to states that already had lower fertility rates and received additional central support.

The freezing of parliamentary representation in the 1971 census, now more than five decades old, is another example where states whose populations grew more than others, or lagged behind in the demographic transition, are punished even more in denying them proportional democratic representation. To reward states that do better in their family planning efforts, the 1976 42nd Constitutional Amendment froze the allocation of parliamentary seats according to the 1971 census for the next 25 years, a deadline which, after being extended several times , is expected to be revised in 2026. In 1971, all major seats of Lok Sabha accommodated about one million people with narrow variation, whereas at present, an average MP in Rajasthan is about 30 lakh, while an average parliamentarian from Tamil Nadu is less than 18 lakh. This leads to a dilution of the “one person, one vote” principle with huge implications for democratic representation in national political decisions. The freezing of parliamentary seats and the link between central assistance and family planning are both products of the infamous population policies of the emergency era that no longer serve any purpose.

Research clearly establishes that higher fertility rates are a symptom of underdevelopment rather than a cause of it. Situations of poverty and resource inequality have so far been marked by higher mortality and, consequently, higher birth rates, as the poor attempt to hedge against high death rates by having more of children, who are also an economic asset for the family. The reversal of these trends around the world has occurred with improved living conditions for women, greater literacy and better employment for women, and an overall process of equitable development.

It should be noted that the richest 10% of the Indian population hold 57% of the national income, compared to the poorest 50% who hold only 13%, according to the latest report on global inequalities. This huge inequality in resource distribution and inefficient development policies should be kept in mind before blaming ‘too many people’ as the root cause of India’s underdevelopment. Moreover, for democracies based on Locke’s social contract which locates sovereignty in “we the people”, the duty of government is to govern through appropriate development policies rather than to control the number of the population itself. Population control is no longer needed as a policy priority, especially when India has reached replacement fertility level according to the latest NFHS data set, or ever. What is needed instead is access to truly voluntary, safe, accessible and affordable family planning options, improving the socio-economic position of women and strengthening the public health infrastructure to address the broader social determinants of health that influence long-term fertility patterns. .

Sushant Kumar is a PhD candidate in public policy at the School of Public Policy and Urban Affairs at Northeastern University, Boston, USA. context as informed by global political dynamics and the imaginaries created by popular discourses around these ideas.

2022-08-30
Previous Post: Win for local government as rate peg to review
Next Post: Population growth a target – The Border Watch