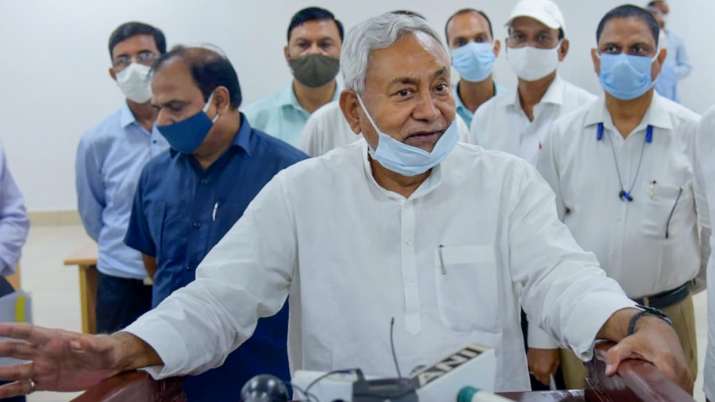 Amid a clamor for a BJP law to control the population, Bihar Chief Minister Nitish Kumar has said educating and empowering women is his way of controlling the “population explosion”. Speaking to reporters in Patna on Tuesday, Kumar said an educated woman feels empowered to make decisions.

“Our experience in Bihar speaks for itself. There has been a notable increase in the proportion of women completing high school or pursuing higher education. There has been a corresponding decline in the fertility rate,” he said.

“We had observed a long time ago that in families where the woman had studied beyond high school, the fertility rate was healthier. So we gave a boost to the education of the girl child. This is going to be our way forward,” said Kumar,

The chief minister, however, declined to comment on what other states are doing. Notably, some BJP MPs in the State Legislative Assembly raised the recommendations of the Karunakaran Committee, which advocated banning people with more than two children from standing for municipal and panchayat elections, to be implemented in the Bihar.

Earlier, an emphatic demand by BJP Head of State Sanjay Jaiswal that Bihar should also have a population control law, soon after the Chief Minister presented his different view of the question, revealed the ideological differences between the BJP and the JD (U ). Although Kumar, whose party was previously known as Parti Samata, has been an ally of the BJP for nearly three decades, he has maintained an ideologically distinct stance on saffron party favorite issues like Ayodhya, Article 370 and the Uniform Civil Code.

Recently, his stance on population law, caste census and the Pegasus controversy has been viewed with some dismay in the BJP camp. The JD(U) argues that this has nothing to do with the close ties it shares with the BJP. Kumar’s critics, however, claim otherwise.