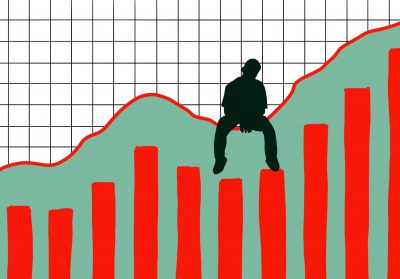 Population control is not progressive – The Daily Free Press

When I walked into my ecology lecture two weeks ago, I settled into my uncomfortable office and prepared myself to continue learning about dying corals, scorching rainforests and melting ice in the sea. The class, although taught by a wonderful teacher, is rather dark – we sit in a cramped room as the sun goes down and scribble notes about the impending doom of Earth.

But during that one lecture, I heard an unexpected topic broached by my professor who usually talks at length – in a way that is both cheerfully resigned and bitterly pointed – about the systemic failures of our politicians and the ugly Big Oil . This time, I heard him eagerly praise a policy I’ve grown to hate – population control.

My disdain for this concept may seem counter-intuitive or strange, as I care deeply about the environment and am deeply concerned about the fate of our world. I do not deny, even slightly, that overpopulation is certainly problematic and leads to its share of crises, particularly in the countries of the South.

But I have never been able to shake the deep error of trying to weed out historically oppressed populations – primarily those of people of color – instead of blaming corporations, governments and industries that are gutting the natural world.

Should women have access to birth control, family planning methods and sex education? Sure. Should girls be allowed to go to school and get jobs to see the world outside their homes and realize that there is more to life than being a mother? A resounding yes to that too. Should families be aware of the resources and stability they need to provide their children with an abundant life, and not have children solely due to societal pressures, lack of sexual security or desires misplaced? Absoutely.

All of these ideas and policies lead women to have fewer children, and all of them are virtuous and necessary – clear examples of ethical ways to slow population growth.

But the truth is that many current green initiatives operate under the mistaken assumption or capitalist lie that poor families with fewer babies will save the planet. We know the main culprits for environmental ruin — think Exxon and Chevron, which also posted unprecedented capital gains over the past fiscal year — and it’s not a traditional Catholic family with seven children in Guatemala.

What’s also frustrating is that many of the people who seek to curb population growth are smart, progressive people who really want to help and are saddened by the miserable conditions of the post-colonial world. However, it also creates confusion as to how they fail to see that their actions and ideas are, in themselves, neocolonialist – and not even that effective.

Hundreds of years ago, Western invaders forced people in the Global South to live by Eurocentric values, embrace Christianity, and blame themselves for “backward” living conditions. Today, Western politicians, scientists, and activists are trying to force Southerners to live by Western secularism, abandon their moral and religious beliefs, and essentially sterilize themselves in order to solve the environmental crisis created by the North.

In either case, the agency and freedom of people in the Global South is completely ignored. They are forced to abandon their cultural values ​​and take it upon themselves to fix the fate of the world, a fate they did not help to create.

Instead of Western nations taking responsibility for the damage they are perpetuating by burning coal, digging for oil and building factories, the blame has shifted to marginalized families who live in these doomed and already vulnerable countries. The onus has shifted to women so traumatized by the death of their babies that they bear a lot to cope with the loss of one or two. It moved to devout families who view many children as a joyful gift from God, and to young girls who don’t want Americans to inject them, tie their tubes, or give them pills that have troubling side effects.

Overpopulation is a climate problem, albeit a minor one, and liberal politicians certainly have a duty to care and take action when it comes to the environment.

But when Western policies to offset climate change revolve around ignoring the autonomous wills of southerners and coercively reducing their population instead of, say, using green energy or putting in taxes on carbon, we may not be as progressive – or post-colonial – as we think.