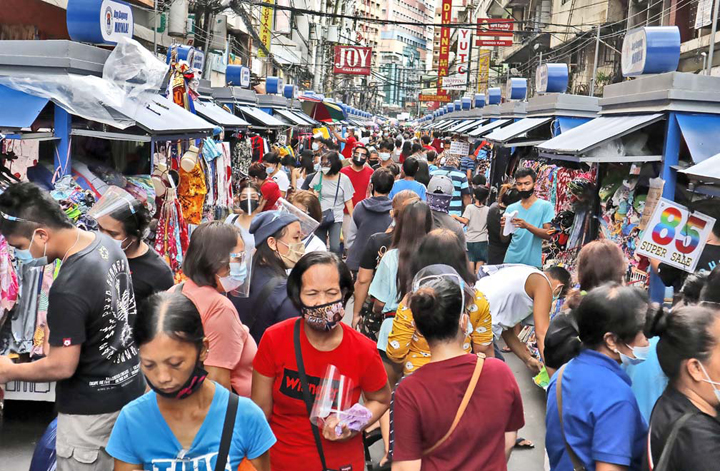 Popcom announces slowest increase in population rate in 2021, but no guaranteed demographic dividend

The Philippines could register its slowest population growth this year, but even that cannot guarantee that the country can start reaping the demographic dividend anytime soon.

Based on the latest estimate from Population and Development (Popcom), only 324,000 Filipinos, a 0.3 percent increase in the country’s population, are expected this year. This means that it is the slowest population growth in the Philippines in 75 years.

The Executive Director of the Popcom Commission and the Under Secretary for Population and Development (POPDEV), Juan A. Perez III, told BusinessMirror that if this “natural increase in population” will help achieve the necessary replacement rate to reap the demographic dividend, that may not be enough.

“A total fertility rate closer to 2 instead of 2.5 will be crucial to achieve the demographic dividend. Certainly, the decline in the natural increase in population will be a precursor of a decline in fertility, ”said Perez.

“It is important to maintain this beyond the current public health emergency so that we are convinced that low fertility is within our reach. The numbers are important and necessary, but the dividend comes from improved wages, employment for young people and women as well as greater financial literacy, ”he explained.

“I think we see 2025 not as a deadline, but as a year to restore the benchmarks for the next 15 years in terms of demographic development. If fertility drops sooner, the government needs to accelerate complementary policies, ”Perez said.

“It would be ideal to establish these emerging policies in the next administration’s next Philippine development plan as the inevitability of declining fertility and a stable population takes shape,” he added. .

Based on Popcom’s latest estimates, the country’s total population will reach 109.991 million. This is 2 million less than previous projections based on a population growth rate (PGR) of 1.63%.

He made the calculations based on the preliminary vital statistics reports from the Philippine Statistics Authority (PSA) for the period January 2020 to August 2021.

Popcom said this annual “natural increase” is the smallest since the period between 1946 and 1947, when the population increased by 254,000.

Although this was the smallest natural increase in population since World War II, Perez said it would not lead to a rapid decline in the population where the future workforce would no longer be able. to meet the needs of the elderly or the younger generations.

Perez said that sustaining an increase of 324,000 per year for two years would still lead to over 600,000 Filipinos. However, he said it was crucial to secure the future of these young Filipinos and the soon-to-be-born Pinoys.

He said that while there are more consumers than effective workers, creating a pool of potential effective workers for the next 15 years, there is still a large variation in the support ratio (RS).

RS refers to the average number of people an employee supports, including himself. Perez said earlier that there is a “significant positive correlation” between a region’s minimum wage and its SR, and that as the minimum wage increases, the SR also increases, and vice versa.

An SR less than 0.5, as in the Bangsamoro region at 0.26, has more than 2 people subsidized by a worker, which takes away from a family more resources for savings and investments.

A higher SR, as in the RCN of 0.62, implies that there are more paid workers, which creates a more viable environment for economic growth.

“The pandemic and social behavior during the pandemic and after the pandemic are difficult to predict, which is why we are now using the natural increase rather than five-year average projections which are far from reality,” Perez told the BusinessMirror.

“We should start putting in place policies that lead to a quality and efficient workforce that we hope to integrate into the next cycle of socio-economic planning,” he added.

Perez also pointed out that the past two years of low population growth provide opportunities to achieve a more stable population that can support socio-economic development at the national and household level if integrated population and development interventions are supported. .

This demographic situation, he warned, must be weighed against the effect of the pandemic which has caused rather unusual fertility behaviors, such as delay in family formation, couple unions and letting go. increase in contraceptive use, which should be studied further.

Nonetheless, Perez noted that the low population growth of 2020-2021 is enabling the country and households to recover from the Covid-19 epidemic, given the increased capacities of national and local governments to provide quality services to Filipinos. .

The Popcom chief also said the agency’s projected population for 2021 does not yet cover international migration during the year, and civil status data as reported by PSA is also subject to a sub -declaration and late declaration. Popcom, he assured, will update this projection as soon as the data becomes available.