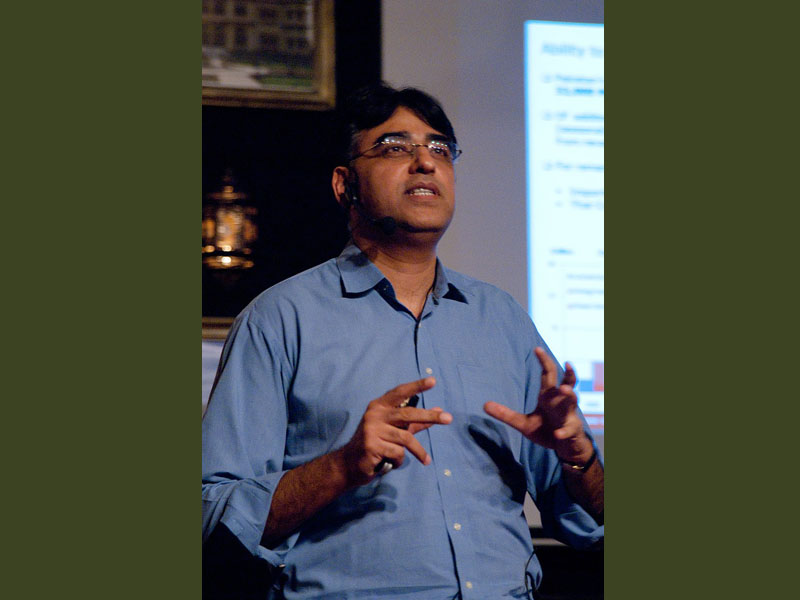 “Let’s say Pakistan had enough capacity to provide quality education to only half of its children. If the population growth of Pak falls to that of Bangladesh, in 10 years we will welcome all children in the country of primary school age and in 15 years in secondary school,” Umar tweeted on Sunday.

He added that this would help the country to make an impact in the country’s key development areas.

Significantly, his remark came a day after the chief minister of Pakistan’s Punjab province, the country’s most populous state, admitted that high population growth had created problems for the province.

“These overcrowding issues in our major cities, as well as across the world, pose a threat to human survival on Earth,” said Sardar Usman Bazdar, the chief minister of Punjab, as quoted by The Express Tribune.

Usman further added that people’s cooperation and support for government policy is needed to overcome the challenges of overcrowding in the country.

Population growth has exploded in the country in recent decades, straining the country’s resources. Once a surplus state, Pakistan, for the first time in its history, has recently become a net food importing country.

On the other hand, Bangladesh, formerly part of Pakistan, has recently become a food surplus country as a result of sustained policy measures regarding food production and population control.

2021-07-12
Previous Post: Those who give a community color to population control efforts among the “enemies” of the country: Abbas Naqvi
Next Post: “Population Explosion” and the Two-Child Policy in India: Myths versus Realities