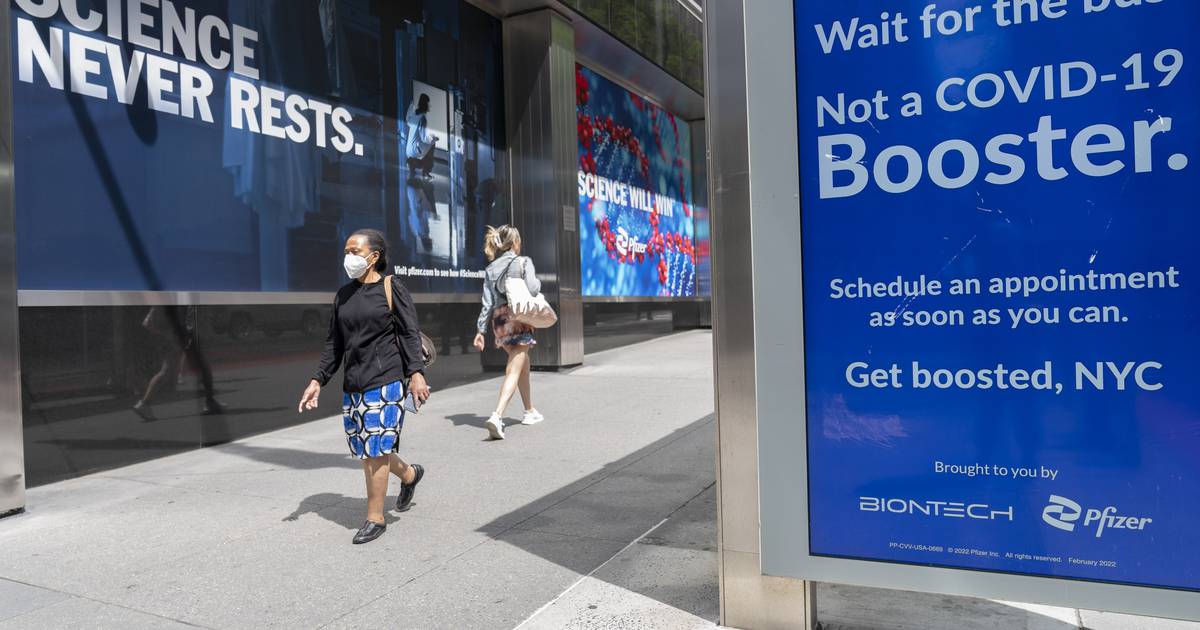 New York state’s week-long rate of COVID cases has fallen every day for two weeks, falling to its lowest level in more than a month, Gov. Hochul’s office said Tuesday.

The state’s daily case rate on Tuesday was down about 63% from May 17, according to government figures, with numbers declining in all regions of the state.

New York’s hospitalization rate, which lags the number of cases, has also started to drop, the data shows.

But the threat has not completely disappeared. On Tuesday, the state announced 26 additional deaths from COVID.

The number of daily deaths had fallen to single digits days last month before a spring surge of omicron infections led to a spike in fatalities.

Hochul urged New Yorkers to remain aggressive in their approach to vaccines and testing.

“With such momentum as we head into summer, now is definitely not the time to be complacent,” the governor said in a statement. “Let’s commit to continuing to use the tools that keep New Yorkers safe.”

In the statement, she asked New Yorkers to “stay up to date on vaccine doses and boosters” and to “get tested early — and often.”

Fully vaccinated New Yorkers are at least 85% less likely to land in hospital with COVID than those who aren’t vaccinated, according to an analysis by the state health department.

About 91% of New Yorkers have had at least one shot of the COVID vaccine, according to state figures, but some upstate areas lag far behind the city. A hair less than 40% of the state’s population would have received a booster shot.

Across all five boroughs, the seven-day virus case rate has dropped about 16% in the past two weeks, according to state data.

New York City continued to have one of the highest case rates of any region in the state, and the city’s virus alert level remained at “high.” But hospitalizations and confirmed deaths were trending down, the city reported.