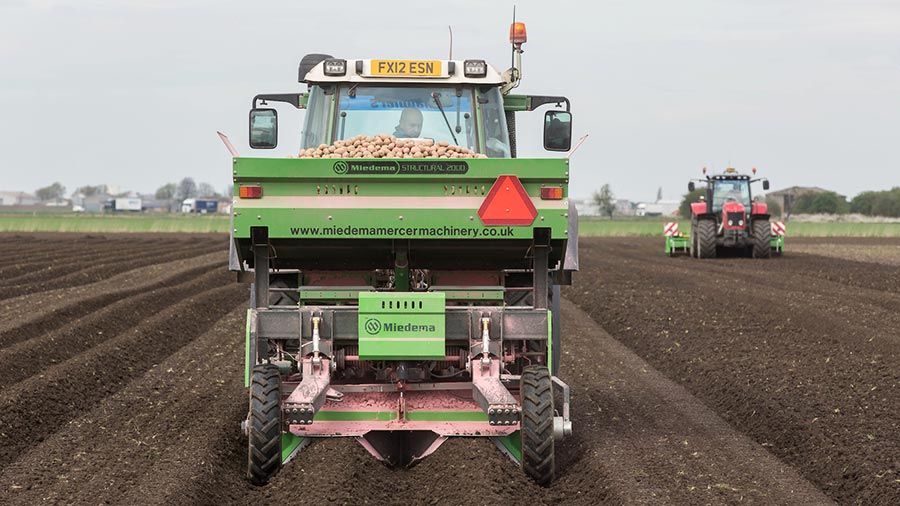 A liquid nematicide containing fluopyram is now licensed for the control of free-living nematodes (FLN), one of the most common nematode species affecting potato crops.

The new approval granted in April 2022 means Bayer Crop Science’s Velum Prime can be used to control the pest in dish, seed and salad crops.

Bayer claims that the nematicide can effectively reduce the symptoms of tobacco rattle virus which is transmitted by free-living nematode species.

These symptoms, known as potato sprouting, cause internal and external brown spots and streaks on potato tubers, reducing marketability.

Antonia Walker, head of Bayer’s roots campaign, said the news would be welcomed by potato growers due to the lack of alternative options with a short harvest interval.

For example, Nemathorin (fosthiazate) has a harvest interval of 119 days, which means it cannot be used for certain crops harvested early.

“This authorisation, which comes at the right time for the main planting season and will be welcomed by those for whom spraying is an issue, as it manages FLN populations at the same time as it is applied against the cyst nematode of the potato,” says Miss Walker.

However, the nature of tobacco rattle virus vector transmission means that control is difficult, so the product should be used as part of a wider integrated pest management strategy.

“Velum Prime may reduce the symptoms of tobacco rattle virus, but will not eliminate them. Potato varieties can vary in their susceptibility and expression of sprout symptoms. This should be considered when choosing to plant fields considered to be at risk of spraing.

Seed and soil analysis, field history and soil type, location and rotation should all be carefully considered when selecting fields for planting, as should the use of suppressors chemicals.

The nematicide is already effective against both species of potato cyst nematodes and its the clearance reflects recent approval for use in carrots, where FLNs have been shown to cause crocs and vector viruses.