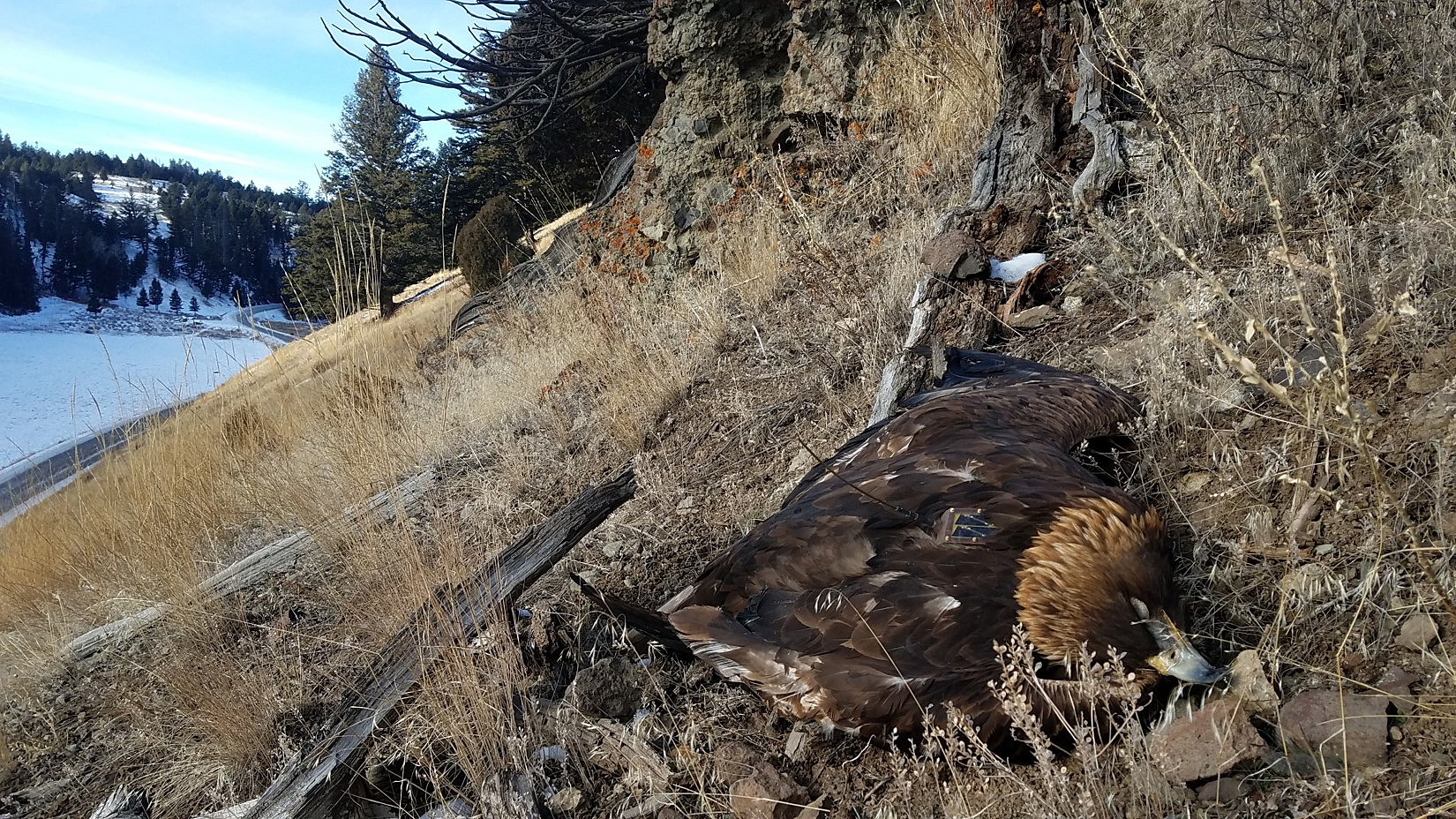 With its iconic white head and fierce gaze, the bald eagle is a symbol of American pride. But sometimes that head bows in death from the remnants of lead bullets.

The bald eagle is also a poster child for the effectiveness of federal endangered species law. In 1972, the United States banned the chemical DDT after biologists showed it caused thin shells in eagle eggs. The crushed eggs meant that far fewer young survived. The population has dropped.

Since the ban, bald eagle populations have rebounded and Missulians can regularly see a few perched on cottonwood branches above the Clark Fork River.

Yet a new national study reveals how eagles and other raptors are still threatened by another compound: lead. Specifically, lead from hunting ammunition.

On Friday, a study published in the journal “Science” detailed the results of an eight-year study of lead levels in eagles and bald eagles. Biologists from 14 agencies, universities and companies – including Montana State University and NorthWestern Energy – joined those from the US Geological Service in 38 states to sample more than 1,200 eagles, some of which, sadly, were already dead.

“This is the first nationwide study of wildlife lead poisoning, and it demonstrates the unseen challenges faced by these birds of prey. We now know more about the negative impact of lead in our environment on North American eagles,” Todd Katzner, USGS wildlife biologist and USGS lead author, said in a statement.

Lead poisoning usually occurs when an eagle eats an animal carcass or piles of intestines containing fragments of lead ammunition. Both species of eagles are scavengers, using dead animals as a food source, but short-term lead exposure occurs more frequently in winter when live prey is harder to find and piles of guts are strewn the ground after the hunting season.

About half of the eagles in the study showed repeated exposure to lead. If they don’t ingest enough to die in a short time, repeated exposure to small amounts of lead eventually kills them because the metal builds up in bone tissue. This is why some of the dead birds that were sampled tended to be older.

These results are consistent with those of smaller studies. A local study in the Bitterroot Valley found that nearly 90% of bald eagles sampled had elevated levels of lead in their blood during the five-week rifle season.

While 1% might not seem like a big decrease, other studies suggest that golden eagle populations aren’t doing as well as bald eagles to begin with. Counts from Hawk Watch International have shown that the number of golden eagles migrating over Montana has halved since the 1990s. An annual decrease of 1% could have a greater effect on the golden eagle population.

“Study modeling shows that lead reduces the population growth rate of these two protected species. This doesn’t have as much of an impact for bald eagles, as this population of endemic species is growing at 10% per year in the United States. In contrast, the golden eagle population is not as stable and any additional mortality could tip it into decline,” Brian said. Millsap, US Fish and Wildlife Service National Raptor Coordinator and co-author.

Although the study focused on eagles, they are not the only species affected by lead shot and fragments in the landscape. Wildlife rehabilitation centers routinely attempt to save the lives of various animals that ingest lead, from loons to foxes. In January, the Montana Wild Wings Recovery Center in Kalispell reported the slow death of a trumpeter swan rescued from Flathead Lake.

Around the same time, four bald eagles died in the center. X-rays of the swan showed dozens of pellets in its gizzard. The swan probably sucked up the lead while feeding on the bottom of the lake. Lead shot has been banned for decades, but shot discarded years ago still lingers in the environment.

“It was unbelievable the amount of lead this bird had consumed. It is sad to see an animal die from lead poisoning – we hope people will continue to consider using lead-free ammunition and lead-free fishing tackle the Center said in a social media post.

Kate Stone, director of avian research at MPG Ranch near Florence, made a similar point about lead ammunition in January after observing a herd of elk near Bell Crossing in the Bitterroot Valley. After hunters shot some elk on private land in the shoulder season, Stone watched bald eagles gather for a potentially deadly feast.

“Multiple piles of intestines and what looks like at least one hurtful loss have attracted the largest congregation of bald eagles I have ever seen in the Bitterroot. I think a count of 100 would be conservative. If the hunters involved used lead free ammunition, they provided a valuable food offering to all those foraging eagles at a time of low food availability If they used lead ammunition, well, we we now have a potential poisoning situation for 100 eagles as well as hundreds of ravens, ravens and magpies,” Stone wrote on social media.

Lead shot is prohibited, but lead bullets are not. Some hunting groups advocate the use of copper bullets instead of lead. But while a few states have banned lead, the switch to copper ammunition is still mostly voluntary.

“The big bonus here is that the lead problem is such an easy fix,” Stone told the Bitterroot Star in January. “Conversations about lead ammunition aren’t about stopping the hunt at all. It’s about asking people to consider that they have choices and that the choices they make really matter.

As one of his last acts, former Fish and Wildlife Service Director Dan Ashe tried to start a national effort by instituting a ban on lead ammunition and fishing tackle in all federal wildlife refuges. Former Home Secretary Ryan Zinke overturned the ban a month later, at the request of the National Rifle Association and some sports groups.