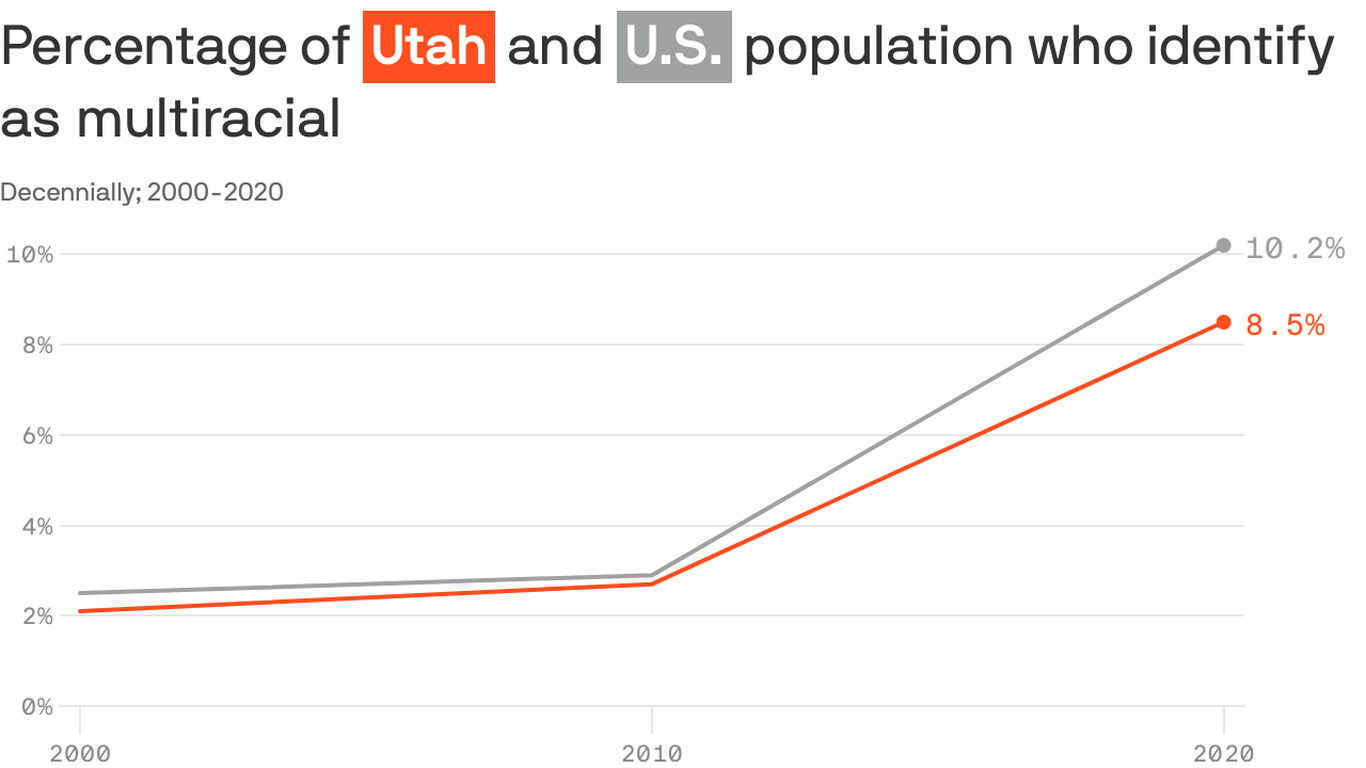 Utahns who identify as two or more races have accounted for nearly 40% of the state’s population growth over the past decade, according to a research note on 2020 census data released this week by the Kem C. Gardner Policy Institute.

Driving the news: Prior to the 2020 count, the US Census Bureau made significant improvements and design changes to its race questions.

Rollback: The Census Bureau first allowed Americans to identify with more than one race in 2000.

Why is this important: Utah’s booming population growth has already prompted new laws to respond to the state’s changing demographics.

The big picture: The Native American/Alaska Native population in the state more than doubled “when adding multiracial residents.”

The plot: A higher proportion of people under 18 were the most likely to identify as multiracial.