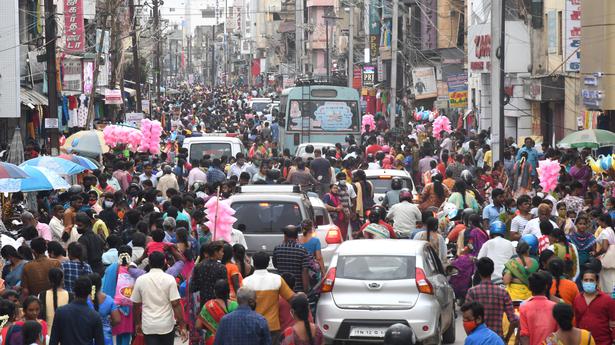 Moving politics away from population control

India should focus on investing in human capital, older people living with dignity and healthy aging

India should focus on investing in human capital, older people living with dignity and healthy aging

The United Nations World Population Prospects (WPP), 2022, predicts that India will become the most populous country by 2023, overtaking China, with a population of 140 crore. This is four times the population that India had at the time of independence in 1947 (34 crore). Today, in the third stage of the demographic transition, and experiencing a slowing rate of growth due to persistently low mortality and rapidly declining fertility, India has 17.5% of the world’s population. According to the latest WPP, India will reach 150 crore by 2030 and 166 crore by 2050.


During its 75-year journey since independence, the country has experienced a drastic change in its demographic structure. In the 1960s, India had a population growth rate of over 2%. At the current growth rate, this figure is expected to fall to 1% by 2025. However, the country still has a long way to go to achieve population stability. This should be realized no later than 2064 and should be 170 crore (as mentioned in WPP 2022).

Last year, India reached an important demographic milestone when, for the first time, its total fertility rate (TFR) slipped to two, below the replacement level of fertility (2.1 children per woman ), according to the National Family Health Survey. However, even after reaching replacement level of fertility, the population will continue to grow for three to four decades due to population dynamics (large cohorts of women in their reproductive age groups). After independence in the 1950s, India had a TFR of six. Several states have reached a TFR of two except Bihar, Uttar Pradesh, Jharkhand, Manipur and Meghalaya. All of these states face bottlenecks in achieving a low TFR. These include high levels of illiteracy, rampant early marriages, high levels of under-five mortality rates, low participation of women in the labor market and low use of contraceptives compared to other States. A majority of women in these states do not really have a say economically or decisively in their lives. Without improving the status of women in society (quality of life), only unbalanced development is achievable.


A larger population is seen as synonymous with greater human capital, higher economic growth and improved living standards. Over the past seven decades, the share of the working-age population has increased from 50% to 65%, leading to a remarkable drop in the dependency ratio (number of children and elderly people per working-age population). As in the 2022 WPP, India will have one of the largest workforces in the world, i.e. over the next 25 years, one in five people of working age will live in India. This working-age bulge will continue to grow until the mid-2050s, and India must take advantage of it. However, there are several barriers to harnessing this demographic dividend. India’s labor force is limited by the absence of women in the labor market; only a quarter of women are employed. The quality of learning outcomes is not up to par and the country’s workforce is sorely lacking in the basic skills required for the modernized labor market. Having the largest population with one of the lowest employment rates in the world is another huge obstacle to reaping the “demographic dividend”.

Another demographic concern in independent India is the male-dominated sex ratio. In 1951, the country had a sex ratio of 946 women per 1,000 men. After aggressively resisting obstacles that have halted improvements in sex ratios such as son preference and sex-selective abortions, the nation, for the first time, began to see a slight improvement in the sex ratio from 1981. In 2011, the sex ratio was 943 women per 1,000 men; by 2022, there are expected to be approximately 950 women for every 1,000 men. It is a pity that one in three girls who are missing worldwide due to sex selection (both prenatal and postnatal) are from India – 46 million out of a total of 142 million missing girls. Improving the sex ratio should be a priority, as some communities face serious issues of marriage compression (an imbalance between the number of men and women available to marry in a specific society) and the possible purchase of a bride.

Life expectancy at birth, a summary indicator of overall public health achievement, has shown a remarkable recovery graph from 32 years in 1947 to 70 years in 2019. It is welcome to see how several mortality indicators have improved over the past seven decades. The infant mortality rate fell from 133 in 1951 (for large states) to 27 in 2020. The under-five mortality rate fell from 250 to 41 and the maternal mortality rate fell from 2,000 in the 1940s to 103 in 2019. A woman of childbearing age in India is anemic and one in three children under the age of five are stunted. India ranks 101st out of 116 nations in the Global Hunger Index; this is quite daunting for a country that has one of the most extensive social protection programs for food security through the public distribution system and midday meal program.


The disease pattern in the country has also seen a dramatic change over these 75 years: as India struggled with communicable diseases after independence, there was a shift towards non-communicable diseases (NCDs), the cause of over 62% of all deaths. India is a global leader in the burden of disease as the share of non-communicable diseases has almost doubled since the 1990s, which is the major cause for concern. India is home to over eight million people with diabetes. Furthermore, more than a quarter of global deaths from air pollution occur in India alone. With an increasingly aging population plagued by increases in non-communicable diseases, India faces a serious health risk in the coming decades. In contrast, India’s healthcare infrastructure is highly inadequate and inefficient. Additionally, public health funding in India is low, varying between 1% and 1.5% of GDP, which is among the lowest percentages in the world.

Should the state stop focusing on population control? | The Hindu Parley Podcast

India is referred to as a young nation, with 50% of its population under the age of 25. But India’s share of elderly population is currently increasing and is expected to reach 12% by 2050. After 2050, the elderly population will increase sharply. Thus, advancing investments in the development of a strong social, financial and health support system for older people is the need of the hour. Action should focus on strong investment in human capital, older people living in dignity and healthy aging populations. We must prepare with suitable infrastructure, favorable social protection schemes and massive investments in quality education and health. The focus should not be on population control; we don’t have such a serious problem now. Instead, an increase in quality of life should be the priority.