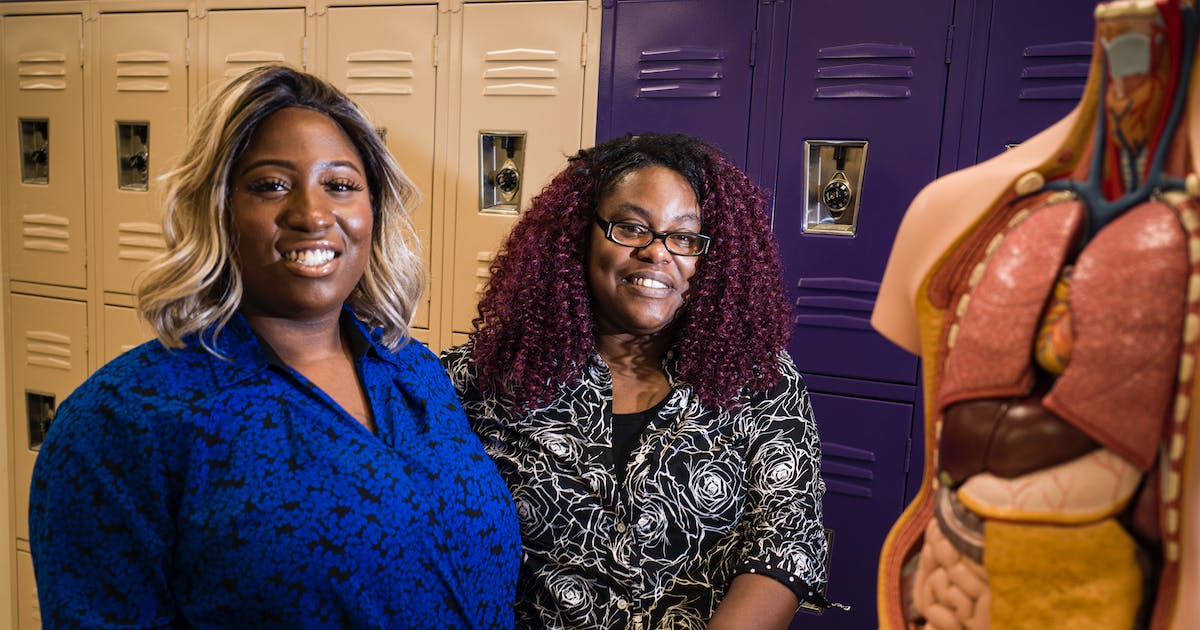 At 7.3% in July, the state’s black unemployment rate more than doubled in the past year and was three times higher than the white unemployment rate of 2.4%. Nationally, black workers are unemployed at twice the rate of white workers.

The development reverses the gains seen last year. The rollback of the pandemic slowdown produced a few months when, for the first time, Minnesota’s black unemployment rate fell below that of white workers.

It also contrasts with the period of low overall unemployment and tight labor markets from 2016 to 2019, when the unemployment gap between black and white workers in the state narrowed.

“It’s not what we expected and it’s concerning,” said Abigail Wozniak, labor economist at the Federal Reserve Bank of Minneapolis.

After initially recording much higher unemployment rates in the early months of the pandemic, black workers in Minnesota exited the labor force at higher rates than other racial groups. For a time early in the recovery, this made the black unemployment rate look better since it was calculated on a smaller basis.

“They tended to have longer durations of unemployment than white workers,” said Cameron Macht, labor market analyst for the Minnesota Department of Employment and Economic Development (DEED). “And then it seems like their return to the workforce was a bit slower and they had more struggles.”

This year, more black people in Minnesota have pulled out, surpassing the labor force participation rate of white workers in recent months. But employers aren’t hiring them at the same rate workers become available.

At a time when employers are desperate for workers — Minnesota’s labor market is the second tightest in the nation with job vacancies outpacing the unemployed nearly 4 to 1 — the clear black employment gap does not is not just a matter of racial equity, but of loss of economic potential for the state.

Minnesota economists and labor experts have been battling the state’s racial employment gaps for some time. A decade ago, a state advisory committee released a 96-page report for the US Civil Rights Commission after a study found the Twin Cities had the worst unemployment gap between blacks and whites in the nation.

DEED released a report last week showing how the state’s racial disparities in jobs, education and income — among the worst in the nation — have improved in some ways. But it also showed that some persist even with low overall unemployment.

DEED Commissioner Steve Grove said the concentration of black workers in lower-paying jobs and industries, which have seen a lot of turnover in the pandemic recovery, is likely a factor at play.

“They may be moving from one job to another,” he said, noting that wage increases in some industries could drive workers away from their current jobs.

But it could also make black people in Minnesota more vulnerable to layoffs if the economy heads into a recession in the coming months, he added.

“These are the occupational categories that black workers work in,” Grove said. “It’s the racism that exists in our society today. And it’s the lack of connection between businesses and the black community.”

Minnesota has a long history of discriminatory lending and housing practices that hurt the wealth of its black residents, whose legacy can still be seen today. Although Minnesota is a wealthy state, the median income of black households is slightly lower in Minnesota than in the United States and is about half that of white Minnesotans.

Nationally, some research shows that even when experience and education gaps are reduced or eliminated, work opportunities and outcomes for blacks still lag behind those for whites.

“When you look at the educational makeup of the black community in Minnesota and you look at the opportunities that are available that require a four-year degree, it’s just a mismatch,” said Marcus Owens, a Twin Cities executive for OneTen, a national organization. pushing employers to lower educational requirements when hiring.

There are also new challenges brought about by the pandemic. Finding reliable and affordable childcare, transportation and housing just got harder, said Tawanna Black, chief executive of the Center for Economic Inclusion in St. Paul.

Many people have worked remotely during the pandemic. But black workers were more likely to work in industries such as health care, transportation and warehousing, recreation and hospitality that required in-person work. Remote and hybrid work has been “least accessible to black workers,” Black said.

Likewise, she’s seen more job postings that require a driver’s license — for delivery jobs or bus drivers, for example. But Becker noted that it has become more difficult to obtain a driver’s license during the pandemic, which has already become more expensive and complicated since many schools no longer offer driving lessons.

When Mariah Hamp moved to Minneapolis several months ago, she applied for many jobs and received many offers that paid $18 or $19 an hour – but most didn’t match her son’s childcare hours or would have taken too long to get without a car.

“There are definitely jobs that are hiring,” she said. “However, jobs that are hiring are looking for second and third shifts. If you’re a single parent like me who doesn’t have a support system, it’s like, yeah, I can get a job, but can- I maintain it?”

Hamp eventually got a job at the airport as a gate agent, a job she kept for a few months. She loved the job – “I’m a people person,” she said – but it was only part-time and the pay was only $16.25 an hour. And that didn’t leave him much to live on after paying for childcare.

So she quit her job and enrolled in a 20-week medical administrative assistant training program. She’s on track to graduate in a few weeks and hopes to land a job that will earn her at least $20 an hour.

Some labor experts say they see growing interest among black workers in finding another way to earn a living. “We find that a lot of people are saying, ‘I want to be my own boss,'” said Emma Corrie, CEO of Twin Cities Rise, which offers job training and personal empowerment programs in North Minneapolis. She added that they were tired of feeling mistreated by employers.

Data from last week’s DEED report underscored the growing importance of black workers in the future as more of the aging white population retires. Already, there is a greater proportion of black Minnesotans in the prime working years of ages 25 to 54. And nearly 30% of the state’s black population is under the age of 15, compared to 20% of the overall population.

But many employers are still not connected to communities of color, said Leroy West, president of Summit Academy, which offers workforce training programs in construction, health care and construction. technology.

“You need to ask employers to consider creating different strategies and connecting with those communities so they can create a new pipeline instead of hiring the ones they’ve always hired,” West said.