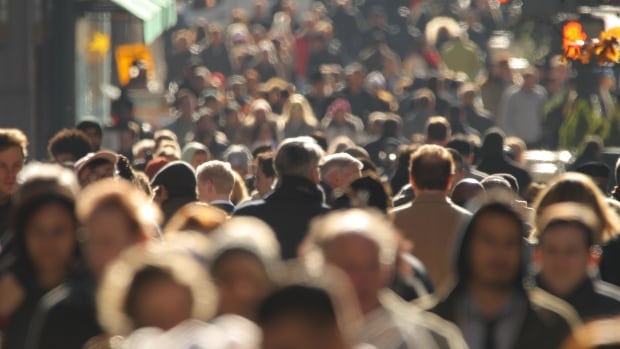 Is population control the answer to solving climate change?

Climate change has taken center stage globally in recent months after three reports of the Intergovernmental Panel on Climate Change which paint a dire picture of the future if governments do not take action to reduce greenhouse gas emissions.

But when it comes to changing our behaviors to reduce CO2 emissions to prevent the planet from warming 1.5C or 2C above pre-industrial levels, the threshold that would cause widespread damage , a word comes up more often than not: overcrowding.

The argument is that if there were fewer people on Earth, greenhouse gases would be reduced and climate change could be avoided. But experts say population control is not the panacea some think it might be.

“It’s a very complicated and multifaceted relationship. Population issues are certainly an important dimension of how society will unfold, of how society will be able to deal with this crisis in this century. “, said Kathleen Mogelgaard, consultant in population dynamics. and climate change and adjunct professor at the University of Maryland.

“But it’s not a magic bullet, and it’s certainly not the main cause of climate change. And tackling population growth fully, on its own, won’t be enough to solve the climate crisis. But it’s is an important piece of the puzzle.”

Robert Engelman, senior fellow at the Population Institute in Washington, DC, agrees that tackling climate change is not just about slowing population growth.

But he notes that slowing population growth alone “will not solve” climate change.

“It’s one of many things that needs to be considered as we try to address or respond to this incredibly difficult problem facing the world. There’s no one thing that’s going to do it. .”

The reality is that birth rates around the world are falling.

The United Nations had previously predicted that the world’s population would reach 11.2 billion by 2100. However, the UN updated that forecast in June, bringing it down to 10.9 billion.

This is because fertility rates are falling in most of the world.

Darrell Bricker, a fellow at the University of Toronto’s Munk School of Global Affairs and Public Policy, who co-authored Empty planet: the shock of world population declinesays he’s not surprised the UN is dropping its numbers.

“What’s happening in most countries around the world is that fertility rates are collapsing faster than the UN estimates in countries that have above replacement fertility,” he said. Bricker.

The replacement rate, or total fertility rate, is the number of births necessary to prevent a population from increasing or decreasing. It’s about 2.1.

But this number is not reached in many parts of the world. So, instead of continually increasing the population, Bricker thinks it will peak around the middle of the century – at around eight or nine billion people – and then start to decline.

Urbanization is another big driver of population decline, says Bricker. In the 1960s, about 33% of the population lived in a city; now it’s 54 percent. The UN predicts that by 2050, this number climb to 68%.

“We are going through the greatest migration in human history right now, and these are people moving from the countryside to the city,” Bricker said.

And when people move to town, they tend to have fewer children.

The apocalyptic vision of overpopulation has been “printed in our brains” for so long, says Bricker, that it’s often a knee-jerk reaction to call for population control.

Concerns about overcrowding are quite old. One of the best-known arguments, by Thomas Robert Malthus, dates back to 1798. In Essay on the principle of populationMalthus wrote that population growth would eventually outpace our ability to support the masses – a belief now known as Malthusianism.

Fear of overpopulation has even seeped into our pop culture: In recent Marvel movies Avengers: Infinity Warthe villain, Thanos, wants eliminate half the population of the universe to end sufferinglike starvation.

He is particularly irritated by recent stories of young people pledging not to have children; while many speak of fears about what the world will look like in generations to come, still others speak of demographic concerns.

The birth rate in Canada is 1.5, he notes, below the replacement rate.

“There are a lot of reasons why we should be worried about global warming and climate change. And, yes, we have to do whatever we have to do to control it. But if you think you have to enforce some sort of draconian commitment to people saying they shouldn’t have families or anything, you’re missing the point.”

China’s one-child policy was introduced in 1979, but lifted in 2015. Interestingly, their birth rate did not increase after this policy ended; it remained stable at around 1.7.

The other thing to consider about our growing population is that the problem is not so much about births, but rather about deaths. Or more exactly do not dying. Today people are living longer.

One of the universal calls to prevent the world population from swelling is of better educate womenespecially in developing countries.

“The key to slowing population growth is through a rights-based approach that includes educating girls and providing universal access to family planning and reproductive health services,” Mogelgaard said. “It’s the best and most sustainable way to achieve reductions in fertility that lead to slower population growth.”

But she says it’s important that family planning choices are left to the woman – and that’s not the norm in many countries around the world, although global access to contraception has improved in during the last decades.

“We still see that there are hundreds of millions of women around the world who would like to be able to take better control of their fertility, but who do not have real, meaningful access to the information and services that will allow them to do so.”, Mogelgaard said.

The issue of CO2 emissions

Moreover, a larger population does not necessarily produce more CO2 emissions, at least not per capita.

Michael Barnard, chief strategist at TFIE Strategy Inc., which specializes in energy and low-carbon solutions, cites the example of China: while this country of 1.4 billion inhabitants is the largest emitter of CO2 in the world, per capita, it produces far fewer emissions than the United States (the second largest emitter in the world) and Canada (10th).

According to an update recently explainer by the Union of Concerned ScientistsUS CO2 emissions from fuel combustion per capita are 15 tonnes, and Canada is at 14.9 tonnes.

China? They represent only 6.4 tonnes per inhabitant — a trend This is starts to fall.

This is also the case for India, Barnard said.

“Per capita is important,” he said. “A third of the population already has CO2 emissions per capita lower than ours, and they are falling faster.”

There is no single solution.