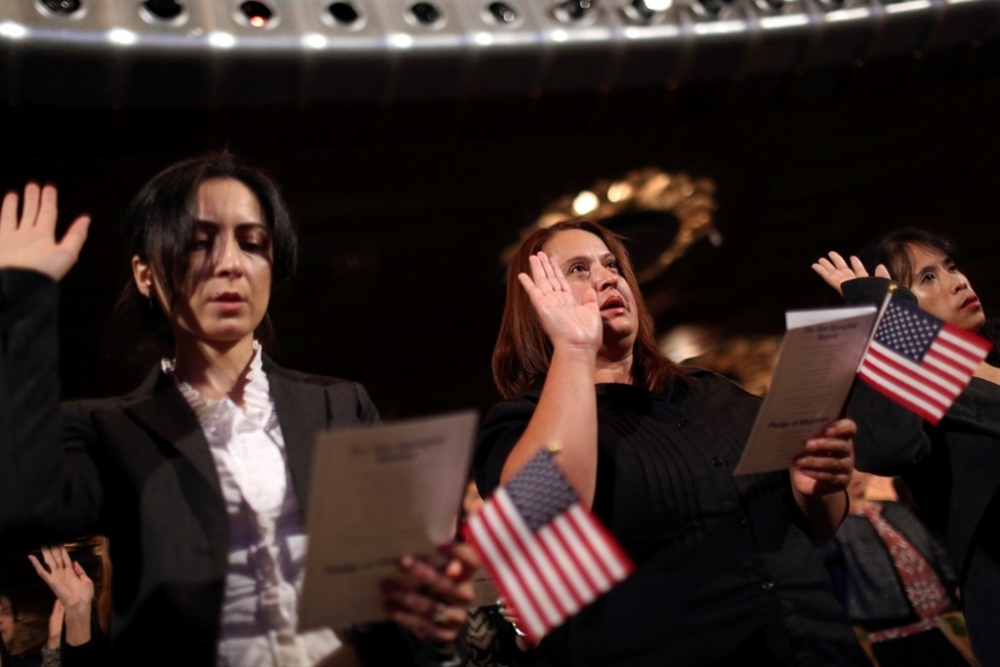 Immigration will fuel US population growth over the next two decades

A congressional report suggests that net immigration will likely account for all of US population growth over the next two decades, even if fertility rates are expected to rise slightly.

The Congressional Budget Office, which conducts nonpartisan analysis of bills proposed by the US Congress, released “The Demographic Outlook: 2022 to 2052” last month.

The report includes population projections for the next 30 years. The CBO argues that “the size of the U.S. population and its age and gender composition affect federal spending, revenue, deficits, debts, and the economy.”

The total fertility rate – the average number of children per woman – is expected to increase over the next three decades, but will remain below replacement level, defined in the report as “the fertility rate necessary for a population to replaces exactly in the absence of emigration.”

The size of the working-age population, especially that of those aged 25 to 54, is expected to grow at a slower rate than the population aged 65 and over.

These statistics could impact the ability of the United States to maintain its social safety net for older Americans, Medicare and Social Security, as the number of people working to fund these benefits dwindles in the face of increased demand. of programs caused by an increasing number of seniors seeking benefits.

Falling death rates and longer life expectancies are complicating concerns about the social safety net for older people. After a brief increase in the death rate due to the coronavirus pandemic, the death rate is expected to decline steadily over the next three decades. At the same time, the CBO predicts that life expectancy will increase from 77.1 years in 2022 to 82.3 years in 2052.

Over the next decade, an average of 800,000 lawful permanent residents will settle in the United States, along with approximately 80,000 “foreign-born persons without legal status” and another 80,000 lawful temporary residents.

Ryan Foley is a reporter for The Christian Post. He can be contacted at: [email protected]

Join thousands of others to get the FREEDOM POST free newsletter, sent twice a week by The Christian Post.