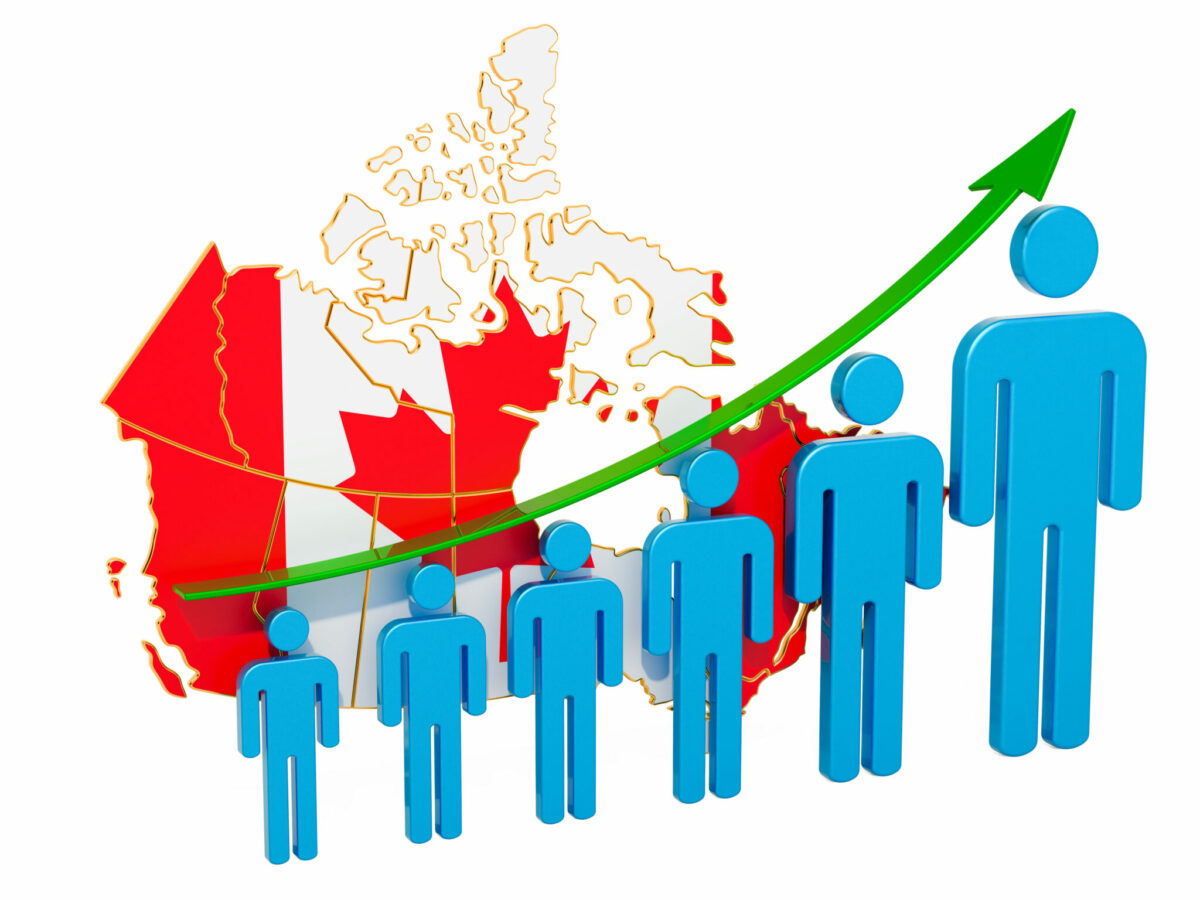 Canada Immigration News: Canada’s immigration fueled population growth in the first three months of this year, the likes of which it hasn’t seen for a first quarter in over 30 years.

“This is the highest first-quarter growth rate since 1990 and continues higher growth after the lower levels seen in 2020, related to the COVID-19 pandemic.”

Two provinces and one territory achieved milestones in the first three months of the year.

“In the past calendar year, we have welcomed more than 8,400 newcomers from other countries,” Higgs told an audience of business people in Fredericton during his annual state of the province address on April 1st.

The premier also said his province is ready for a strong economic recovery.

“Last week, the Bank of Montreal recognized our strong population growth and the rapid deployment of vaccines that helped us weather the pandemic,” he said.

“Scotiabank said we have a concrete plan to prudently increase spending while maintaining balance. And the Royal Bank said New Brunswick has a lot of successes to build on. We certainly do.

Of Canada’s three territories, Nunavut’s population topped 40,000 in the first three months of this year.

In the first quarter of this year, Nova Scotia, New Brunswick and Alberta experienced the fastest population growth while the Yukon Territory became the only region in the country to experience a decline in population.

The latest data from Immigration, Refugees and Citizenship Canada (IRCC) shows that Canada welcomed a record 406,005 new permanent residents in 2021.

This is well beyond the already ambitious immigration target set for 2022.

Canada on track to surpass record immigration target this year

“Immigration has helped make Canada the country it is today. From agriculture and fishing to manufacturing, health care and the transportation sector, Canada depends on immigrants,” Immigration Minister Sean Fraser said earlier this year.

“We are focused on economic recovery, and immigration is key to getting there. Setting bold new immigration targets, as outlined in the 2022-2024 Levels Plan, will further contribute to bringing the immeasurable contribution of immigrants to our communities and across all sectors of the economy.

Two major drivers of immigration to Canada this year are temporary to permanent resident (TR-to-PR) which debuted in May last year.

Although applications for the TR to PR program closed in early November last year, not all applications have been processed and the immigration levels plan calls for 32,000 new permanent residents under this way this year.

Another program that fuels immigration is the Canada-Ukraine Emergency Travel Authorization (CUAET) which had, as of June 15, received 312,548 applications, of which 136,877 had been approved.

Canada is committed to accepting an unlimited number of Ukrainian refugees under CUAET.

The Canada Border Services Agency notes that so far this year, 8,366 Ukrainian citizens and Canadian permanent residents of Ukrainian descent have entered the country by land and another 43,017 have arrived by air.

Created on March 17 to help Ukrainians forced to flee after Russia launched its invasion of Ukraine on February 24, CUAET offers them and their immediate family members temporary residence in Canada for a period maximum of three years.

Once in Canada, they are entitled to free open work permits and study permits and can therefore take up employment with almost any Canadian employer or enroll in any educational program in Canada.

They are also eligible for a one-time payment under the Canada-Ukraine Transitional Assistance Initiative (CUTAI) of $3,000 per adult and $1,500 per child as well as settlement services, including language lessons, information about life in Canada and help finding jobs.

Parents and guardians can access this financial support by submitting an application for themselves, a spouse and dependents. Payments will be made by direct deposit, so applicants will need to have a bank account with a Canadian financial institution in the same name as the adult’s temporary resident status document, i.e. work permit, study permit, temporary resident permit or visitor record. .