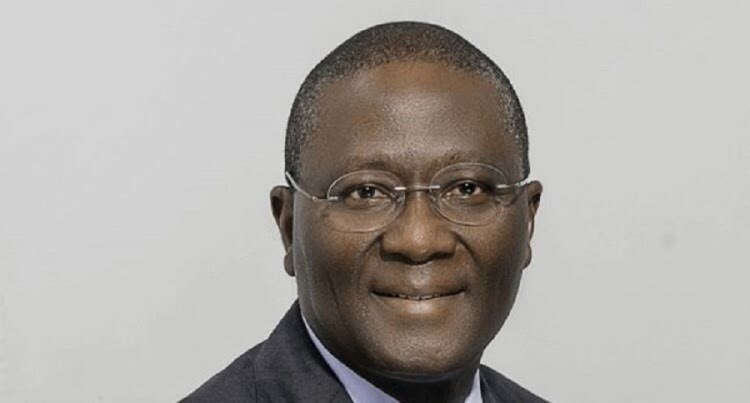 How Nigeria Can Cope With The Exchange Rate Crisis — Bode Agusto

Mr Agusto also said floating the naira, which means allowing the forces of demand and supply to determine the rate at which the local currency trades against the USD, is not advisable for the country. .

In an article published on his website, he suggested that the country could adopt a creeping peg to effectively manage exchange rates.

Adopting a creeping peg simply implies that Nigeria starts at a near-market NGN/USD exchange rate and then lets its currency depreciate (or appreciate) against the USD by a value close to the difference in annual inflation.

“This is the option we recommend for Nigeria. Today, that means starting at an NGN/USD exchange rate of around 600/1 and then letting the currency depreciate by around 10% per year.

He suggests that the CBN can intervene in the market when rates are significantly above or below its target.

He explained that Kenya and Botswana have successfully managed their exchange rates for a number of years using this option.

“Will Nigerian politicians and decision makers accept a 10% annual depreciation against the dollar? This is the reality they have to face.

“They must eat humbly and accept that a USD peg, while desirable, is unattainable.”

According to him, an annual depreciation of 10% against the US dollar is foreseeable, businesses and households that depend on imports can prepare for it.

Mr. Agusto also offered suggestions on how the federal government can manage long-term inflation on the downside to significantly reduce the annual rate of currency depreciation.

Primarily, three factors contribute to inflation – too much money in circulation, rising input costs, and too much demand relative to supply.

He believes that the driver of inflation in Nigeria is significantly around the dynamics of supply and demand due to the increase in population with little supply.

“Nigeria adds five million people to its population every year. This translates into a significant increase in demand for food, housing, clothing, health care and other things,” he wrote.

“On top of that, over 22 million Nigerians, willing and able to work, are unemployed. We believe that if Nigeria is better able to manage its population growth (demand) and can get a larger proportion of its population to work and produce (supply), it can significantly reduce inflation over the long term.

“These are, in our view, the nuts that Nigeria needs to crack to reduce inflation in the long run.”

He noted that Nigeria’s unemployed population is roughly the size of Burkina Faso and this poses a huge security problem that needs to be addressed.

Since the Central Bank of Nigeria halted currency sales to Bureau de Change operators in July 2021 on the grounds that the parallel market had become a conduit for illicit currency flows and corruption, the naira has fallen to low levels. record.

On Friday, the naira depreciated against the US dollar in the official market, falling 0.66% to 429.00 naira per dollar from 426.20 naira traded at the Nafex counter in the previous session on Thursday.

On the parallel market, the currency is currently trading at N700-N710 per dollar amid a shortfall in the supply of currencies as demand increases.

This continued decline in the value of the naira has raised serious concerns among stakeholders and citizens.

Some analysts have blamed this on rising import bills, dollar savings and the hoarding of cryptocurrencies by Nigerians who have lost faith in the local unit due to its massive devaluation against the greenback currency, while some have blamed the recent crisis on the tight policy of the Central Bank of Nigeria. exchange policies.

Mr. Agusto is a respected figure in Nigerian business and economy. In 2003, President Olusegun Obasanjo awarded him the national honor of Member of the Order of the Federal Republic for his contribution to the Nigerian economy.

Subsequently, the then President appointed him Director General and Special Adviser to the President on Budgetary Matters.

Currently, Mr. Agusto, who is also a Chartered Accountant, is a Non-Executive Director on the planks Agusto & Co. Limited and Grand Cereals Limited (a subsidiary of UACN Plc).

He was also a member of the Monetary Policy Committee of the Central Bank of Nigeria and a Non-Executive Director of GT BANK, Shell Nigeria CPFA and Nigerian Agip CPFA.

Support the integrity and credibility journalism of PREMIUM TIMES

Good journalism costs a lot of money. Yet only good journalism can guarantee the possibility of a good society, an accountable democracy and a transparent government.

For free and continued access to the best investigative journalism in the country, we ask that you consider providing modest support to this noble endeavour.

By contributing to PREMIUM TIMES, you help sustain relevant journalism and keep it free and accessible to everyone.