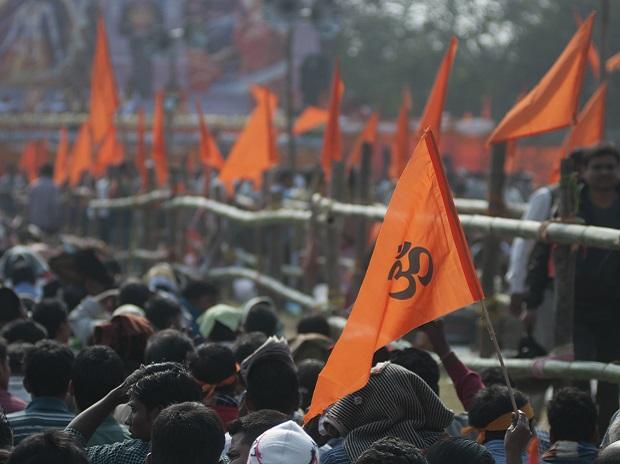 The Vishva Hindu Parishad (VHP) said on Friday that any population control measures should be considered bearing in mind that Hindu rule remains intact in the country.

Speaking to the media, VHP General Secretary Milind Parande also said that if there is only one child in a family, “the population of Hindus will be reduced by the Hindus themselves”. .

Therefore, whatever is necessary to ensure that Hindus remain in the majority must be done, he added.

“Hindu society must think that there should be at least two children in a family. If there will be only one child in a family, the Hindu population will be reduced by the Hindus themselves,” said said Paranda.

He was speaking to the media ahead of a two-day meeting of the VHP board and board of directors, which was due to start on Saturday in Faridabad.

Parande’s comments on the issue came after the VHP recently called on the Uttar Pradesh government to remove the one-child policy norm from its population control bill, saying that it would probably lead to aggravation of the imbalance between the different communities and the contraction of the population as well.

Sharing the agenda for the two-day meeting, the VHP General Secretary said government control over the running of a number of temples, illegal religious conversions and post-election violence in West Bengal were on the agenda. among the main topics of discussion.

Elections for the new president and general secretary of the VHP will also take place during the two-day meeting, he added.

Vishnu Sadashiv Kokje, the current president of the VHP, was elected to this position in April 2018.

Parande said temples should be run by society, but a large number of temples are under government control in several states.

The two-day meeting will discuss how to free these temples from government control, he added.

“From social awakening to knocking on the doors of the Supreme Court to freeing temples from government control – all these possible measures will be discussed at the meeting,” the VHP leader said.

He said the meeting will also discuss the issue of illegal religious conversions and the need to enact a central law to put a check on such activities across the country.

“Illegal religious conversions are carried out by Christian missionaries and Islamic jihadist elements. This is a national problem. We will discuss this issue at our meeting and present a proposal,” Parande said.

Responding to a question about RSS leader Mohan Bhagwat’s recent remark on Muslims, he said there was no difference of opinion between the RSS and the VHP.

“The head of the RSS didn’t say anything new or different. Our ideological line is still the same. There is no difference between us,” he said.

Urging Muslims not to get “trapped in the cycle of fear” over India’s endangered Islam, Bhagwat recently said that those asking Muslims to leave the country cannot call themselves Hindus and that those who engage in lynching people in the name of cows must know that they are against Hindutva.

Business Standard has always endeavored to provide up-to-date information and commentary on developments that matter to you and that have wider political and economic implications for the country and the world. Your constant encouragement and feedback on how to improve our offering has only strengthened our resolve and commitment to these ideals. Even in these challenging times stemming from Covid-19, we remain committed to keeping you informed and up-to-date with credible news, authoritative opinions and incisive commentary on relevant topical issues.
However, we have a request.

As we battle the economic impact of the pandemic, we need your support even more so that we can continue to bring you more great content. Our subscription model has received an encouraging response from many of you who have subscribed to our online content. More subscription to our online content can only help us achieve the goals of bringing you even better and more relevant content. We believe in free, fair and credible journalism. Your support through more subscriptions can help us practice the journalism we are committed to.