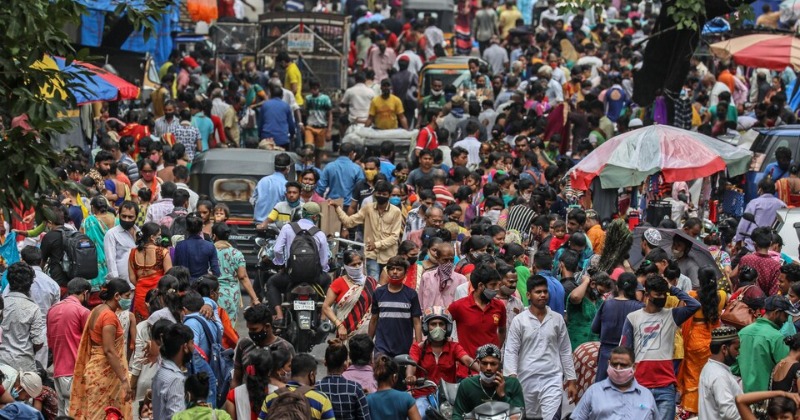 Formula ‘Vishwa Guru’, what is the population control bill in India

Actor turned Ravi Kishan, a leader of the Bharatiya Janata Party (BJP), announced on Friday that he would submit a private member’s bill to the Lok Sabha on population control.

“We can only be Vishwa Guru when the population control bill is introduced. Very important to control the population,” Kishan was quoted as saying by ANI news agency. “With the way it’s going up, we’re heading for an explosion. I ask the opposition to let me introduce the bill and listen to why I want to do it,” Kishan added.

There is little chance that a bill like this will become law without the support of the government.

No private member’s bill had been approved by parliament since 1970, according to data from the PRS Legislative, as reported by the PTI.

What is the Population Control Bill?

Further, it seeks to amend Section 47 by adding Section 47A to the Indian Constitution. He suggests that the state encourages reduced family standards by providing incentives to its citizens that limit their family size to two children in the form of taxes, employment, education, and other areas. And in order to keep population growth in check, the state must revoke all concessions and deprive individuals who do not adhere to the limited family standard of such incentives.

The two-child policy has, however, been raised in Parliament almost 30 times, but none of the Houses has approved it.

A limit of two children per couple was suggested by the Population Control Bill of 2019, which was withdrawn in 2022. The bill also included incentives for the adoption of the strategy, including relief taxes, home loans, better job prospects, free health care and educational benefits. .

What does the Indian Constitution say?

Article 22 of the 1969 Declaration on Social Progress and Development, adopted by the United Nations General Assembly in a resolution, guarantees the couple’s freedom to decide on the number of children they will have.

The two-child policy has been proposed 35 times in Parliament since independence. If passed, the law would have to take into account both Islamic religious principles and the rights of divorced couples. Earlier measures that were introduced lacked these features and received heavy criticism from the public.

Total fertility rates (TFRs), which are higher among the poor and decline as income rises, are among the additional factors. Experts believe that the rights-based population control strategy will ultimately affect the poor, who need such assistance the most.

Chronology of the bill

The “Assam People and Women Empowerment Policy” was passed by the Assembly of Assam in 2017, and it specified that people with two children would only be eligible for public employment and that current government employees had to adhere to the two-child family standard. .

The Center informed the Supreme Court in 2020 that India is adamantly opposed to imposing family planning on its citizens and that any coercion to have a specific number of children is counterproductive and causes demographic distortions. The action was a response to a PIL filed by BJP leader and lawyer Ashwani Kumar Upadhyay challenging a Delhi High Court ruling rejecting a plea requesting various initiatives, including a two-child standard for population management.

Assam’s policy was changed in 2021 to prevent parents of more than two children from applying for government jobs.

Similarly, the Law Commission of Uttar Pradesh proposed in 2021 that anyone with more than two children be excluded from receiving government grants. The bill is still under consideration.

State of Population Growth in India and the World

According to United Nations (UN) figures, the pace of population growth is below replacement rates in more than half of the states, and by the end of the century the world population growth rate is expected to be zero , perhaps for the first time. time.

A recent Bloomberg report suggests that the Covid-19 outbreak may have accelerated the approach of the peak of global population decline by at least a decade.

However, India is currently the second most populous country in the world according to the United Nations, with over 1.4 billion people, and world population assessment projects indicate that by 2030, the India would overtake China as the most populous nation.

For more news and current affairs from around the world, please visit Indetime News.

2022-07-25
Previous Post: China has slowest population growth in decades
Next Post: Animal Feed Additives Market Grows Exponentially at the Rate of 5.2% Over the Forecast Period | Analysis and trends