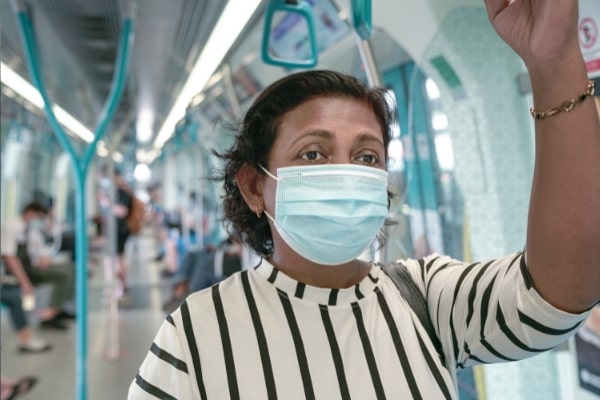 A report on COVID-19 mortality released last month by the Australian Bureau of Statistics revealed a grim disparity in health care across the country. The report, which recorded 2,639 deaths up to January 31 this year, found that the death rate from COVID was three times higher among those born overseas than those born in Australia.

The report raises serious concerns given that almost half (49%) of all Australians were born overseas or had at least one parent born overseas, according to the 2016 census.

Dr Nisha Khot, an obstetrician working at the Royal Women’s Hospital and Western Health in Sydney, said indian link she was aware of rising COVID infection rates among migrants in her daily experience, but was shocked by the disparities in death rates between ethnic minority communities.

“Infections also tended to be more severe in these communities,” she noted.

She mentioned that people from minority communities are more likely to have poor health due to poor access to health care and poor preventive health care.

“The number of general practitioners per 1000 inhabitants in areas with large ethnic minority populations is much lower than in non-minority areas.

“[People from minority communities] are more likely to suffer from obesity, hypertension, diabetes, which puts them at higher risk of serious infection.

Where you were born should not determine your health outcomes.

The disparity in covid death rates between the Australian-born and migrants is shocking and worsening.

This must be unacceptable. The Morrison government needs to start listening.https://t.co/JbqtnAJ5If

She explained that health is determined by a number of factors such as healthy and good quality food, stable and safe housing without overcrowding, culturally appropriate prevention messages, access to safe employment, access to general practitioners and specialist health care.

“It saddens me to see that despite the information about these disparities and the time to prepare for mitigation, we still have not achieved comparable results for ethnic minority communities,” the council director said. of Directors of RANZCOG and the Rural Doctors Association of Victoria.

In fact, the report showed that people whose country of birth is in the Middle East (about 5% of the foreign-born population) had a death rate from COVID that was 10 times higher than those born in Australia.

READ ALSO: ‘Serving the community’: COVID tests in a remote area of ​​NSW

Dr Devaki Monani, senior lecturer in social work at Charles Darwin University, said she was not surprised by the findings of the ABS report on COVID mortality. His research on the report explains that for most migrants, regardless of their ethnic origin, economic participation in the labor market comes before well-being.

“That means their health is often overlooked. Moreover, navigating the health care system is also problematic; waiting times in public hospitals are huge, and often people from migrant communities are short of time and tend to put their health on the back burner,” she said.

She added that the COVID pandemic has demonstrated a harsh reality of time-poor working class migrants such as security guards, older workers, nursing home workers.

“They were short on time, unlike the traditional middle class who had the option of working from home, etc., due to the nature of their work. This meant that migrants mainly had to choose between going to the hospital or going to work.

It has become increasingly clear that Australia is dependent on a migrant workforce, and comparative social policy expert Dr Monani has highlighted the importance of early intervention around health literacy for migrants and the general population.

“It is more imperative than ever to prioritize the well-being of migrants and to integrate these aspects into their workplace. Frontline worker workplaces must prioritize health and wellness opportunities for immigrants,” she says.

So far, it has been widely reported that the reason so many migrants and multicultural communities have contracted COVID and died is because they live in crowded and cramped conditions in densely populated areas.

“However, this brings us back to the broader conversation about housing affordability in Australia. While Australia continues to rely on a migrant workforce, migrant quality of life, health and wellbeing options must also be considered in overall workforce planning. . A healthy migrant workforce will contribute to a healthy nation,” said Dr Monani.

What about the government’s multicultural messaging on COVID-related information for ethnic minority communities? Has this had an impact on infection prevention?

“Although translations are tricky, the vast majority of skilled migrants have an average to high level of English,” Dr Monani said. “The translations kind of offload the larger problem of engagement to consider it as an English-language situation, when it’s a bit more complicated.”

“Here, bringing the government into the discourse is only part of the story. There is a wider problem with giving resources to multicultural services to manage the delivery of key messages, rather than assigning this work to interpreters.

“We have to recognize that, overall, no one was really prepared for COVID-19. In this post-COVID era, we have a chance to make a difference by shaping engagement around the multicultural context.