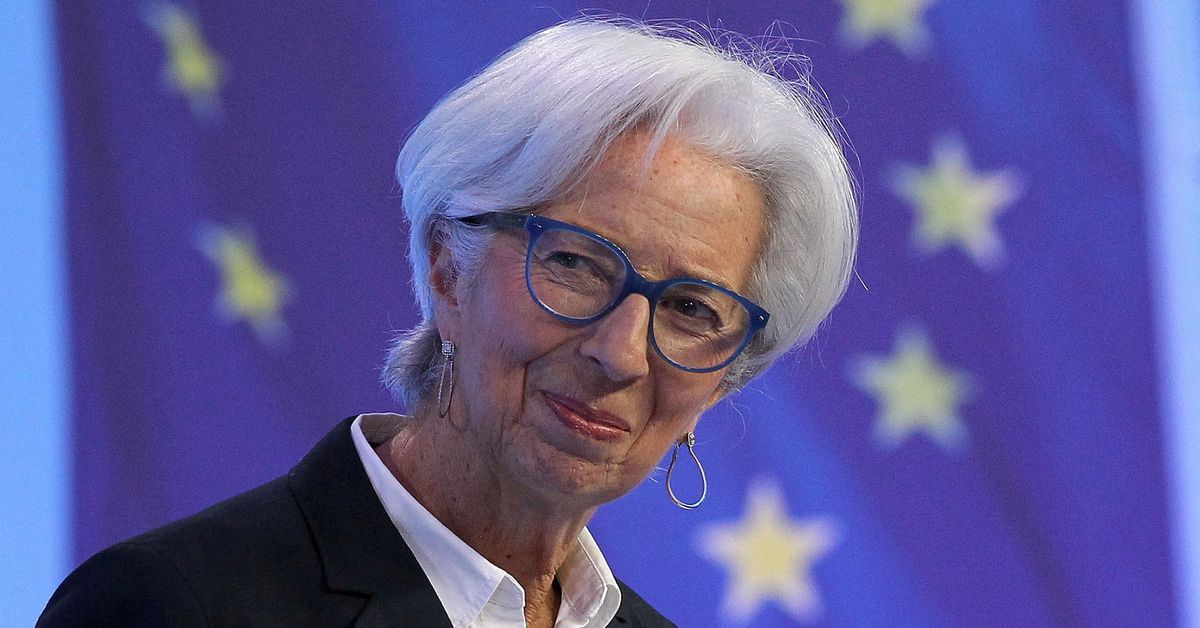 To cushion the impact of rising borrowing costs, policymakers are also expected to announce a deal to help indebted countries like Italy in the bond market. The deal will require them to abide by European Commission rules on reforms and fiscal discipline, the sources said.

The ECB is preparing to carry out its first rate hike in more than a decade on Thursday in a difficult economic context exacerbated by the war in Ukraine. Inflation is high and rising as economic growth has slowed and a political crisis in Italy is keeping investors on edge.

This dynamic creates a balance for the ECB between raising rates to curb price growth and ensuring that the most indebted of the 19 member countries of the euro zone do not encounter financial difficulties.

The sources, who spoke on condition of anonymity because the deliberations are private, said the discussion on whether to raise rates by 25 or 50 basis points was still wide open.

Other major central banks raised rates in larger increments, such as 75 or even 100 basis points, increasing pressure on the ECB to do more.

But the risk of a eurozone recession, particularly if Russia shuts off natural gas supply taps, has made some ECB governors more cautious about stifling growth, the sources said.

An ECB spokesman declined to comment, citing the bank’s period of silence before the meeting.

The euro jumped on Tuesday after Reuters first reported that a 50 basis point hike was being discussed, and was last up 0.9% against the dollar at $1.0232. . The single currency briefly fell below parity last week.

The ECB said on June 9 after its last meeting that it would gradually raise interest rates, likely by 25 basis points in July, with a larger move possible in September.

But ECB Director Christine Lagarde later said there were “clearly conditions under which gradualism would not be appropriate”.

Eurozone inflation hit 8.6% last month and is expected to continue rising through the fall, driven by soaring fuel and food prices. It should then decline slowly but could remain above the ECB’s 2% target until 2024, increasing the risk that wages will follow, triggering a wage-price spiral that is difficult to break.

A Reuters poll of economists late last week found all but one expected the ECB to stick to its forecast and hike its deposit rate by 25 basis points this week, although a narrow majority said they should go for a bigger hike of half a point. Read more

The fact that the ECB is even considering a half-percentage point hike marks a reversal after insisting for weeks that a 25 basis point move was the most adequate. Its deliberations follow a sharp 75 basis point hike by the US Federal Reserve last month, which also bucked its own forecast.

Rate setters will also announce a new bond-buying program on Thursday, aimed at capping member countries’ borrowing costs when they are deemed out of step with economic reality – as happened early in the year. June in Greece, Italy, Spain and Portugal. Read more

This program was now seen as even more crucial as Mario Draghi’s government in Italy hung by a thread, increasing the chances of a snap election in which the far-right Brothers of Italy could emerge as the most big party according to recent polls.

Such political turmoil in Italy would likely trigger a sharp rise in the country’s bond yields.

The ECB is likely to make its aid conditional on countries meeting targets set by the European Commission to obtain funds from the European Union’s Recovery and Resilience Facility, the sources said.

They added that the countries would also have to respect the budgetary constraints of the Stability and Growth Pact when they are reinstated next year after a suspension for the pandemic, the sources said.

Some policymakers had wanted to involve the European Stability Mechanism, the eurozone bailout fund set up in the wake of the debt crisis a decade ago, but that option was now likely to be ruled out, the sources said. .

The ESM is not an institution of the European Union but an intergovernmental organization owned by the countries of the euro zone in proportion to the size of their economy and their population, making Germany, France and Italy the main shareholders.

The sources pointed out that any final decision on when to buy bonds would be taken by the ECB’s own Governing Council.

The ECB accelerated work on the new regime in mid-June after a surge in bond market yields and premiums paid by peripheral countries as investors priced in the end of ECB asset purchases and the start of its rate hike cycle.