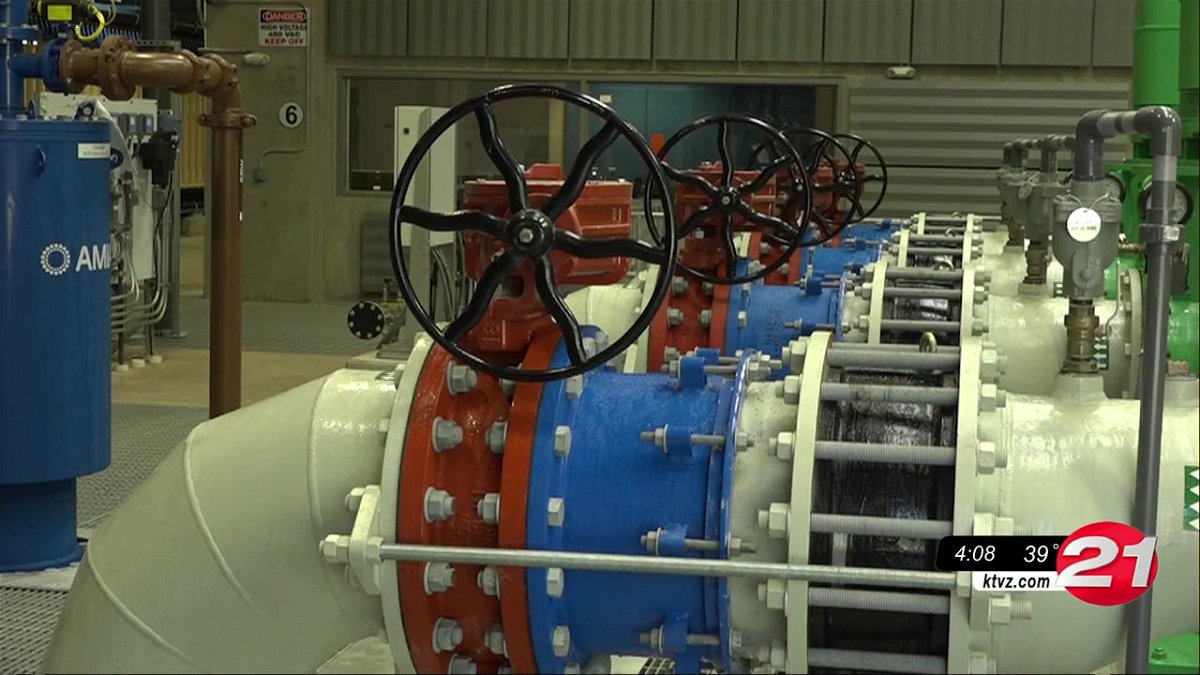 Despite rapid growth, City of Bend says it has a reliable water supply through 2040

BEND, Ore. (KTVZ) — As Bend continues to grow, you’d think so do its water needs.

That’s not necessarily the case, according to Mike Buettner, director of the city’s utility department.

“Per capita water use continues to drop, no matter where you are,” Buettner told NewsChannel 21 on Monday. “Even nationwide, and that case is true here in central Oregon.”

Buettner said peak water usage in the city, about 25 million gallons per day now, is actually lower than it was in 2008.

This is despite the fact that Bend’s population has nearly doubled in the past 20 years.

“With the new growth that we have, a lot of that new growth comes with either more efficient housing or really Bend densification,” Buettner said.

This is how Buettner and City Engineer Ryan Oster are able to help the Bend Project have enough water to meet demand through 2040.

“Despite doubling the population, we’re actually still quite stable, in terms of the amount of water we use across the city,” Oster said.

Oster cited the example of planning a new subdivision on Bend’s Westside.

“It’s a 45-unit subdivision, so you’re assuming four people per house, 100 gallons per day (per person),” Oster said. “You’re talking about 18,000 gallons of water in this development.”

Buettner said water for new developments is set aside years before builders even have the idea to build.

“We planned this water use years ago, and the reason we can have this development here is really the result of good planning over the last 10 to 20 years,” he said. .

He added that Bend’s municipal water use is only 2% of the Deschutes River basin.

But still, he said, keeping that 2% as much as possible is key.

For tips on how to conserve your own water use, visit WaterWiseTips.org.