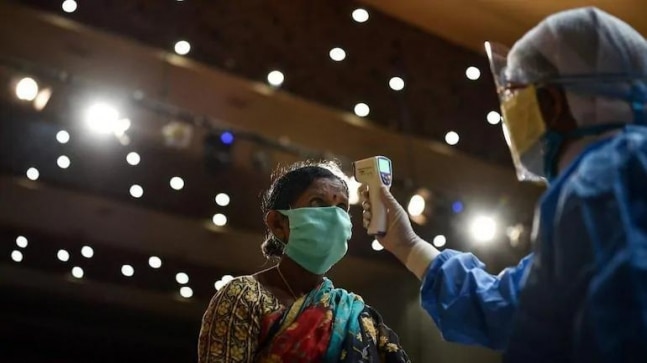 The Center has sounded the alarm over the rise in Covid-19 cases in the country. Union Health Secretary Rajesh Bhushan has written to health secretaries in Delhi, Kerala, Karnataka, Maharashtra, Odisha, Tamil Nadu and Telangana to express concern that the rate of Weekly positivity exceeded 10% in those states.

“Should aim to increase the rate of vaccination for the eligible population and follow a five-pronged strategy and adherence to Covid-appropriate behavior,” Bhushan said.

Warning, the Union Health Ministry said the coming months would see mass gatherings for various festivities which could increase the transmission of the contagious virus and lead to an increase in the number of cases. and death.

Meanwhile, India reported 19,406 new Covid-19 cases and 49 deaths in the past 24 hours, according to data shared by the Union Health Ministry.

Active cases account for 0.31 percent of the total number of infections, while the national cure rate has been recorded at 98.50 percent, the ministry said.

A decrease of 571 cases was recorded in the number of active cases of Covid-19 in 24 hours.

Among the deaths, five were reported from Maharashtra and West Bengal, three from Chhattisgarh, two from Delhi, Gujarat, Himachal Pradesh, Jammu and Kashmir, Rajasthan and Tripura, and one from India. Haryana, Kerala, Madhya Pradesh, Meghalaya, Nagaland. , Odisha, Punjab, Sikkim, Uttarakhand and Uttar Pradesh.

2022-08-06
Previous Post: Population Growth Trends – Geopolitical Future
Next Post: Warminster Native One of many consumers to learn about Busch Light’s marketing and branding