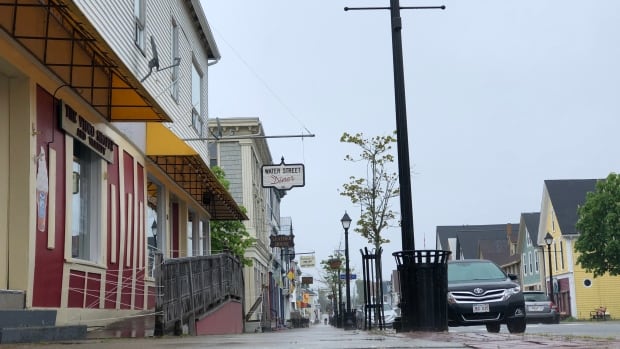 Saint Andrews Mayor Brad Henderson knew his hometown was growing, but was pleasantly surprised to learn that the seaside tourist town was leading the province’s growth among municipalities with between 1,000 and 5,000 residents .

While there are a host of benefits that come with a growing population, Henderson said there are also some challenges – housing foremost among them.

He said there was no lack of interest from people wanting to move into the community, but many were struggling to buy a house or find accommodation to rent.

In fact, the city is so concerned about the situation that the council recently earmarked $1.8 million in its 2022 budget for housing initiatives, both to increase the number of rental spaces available and to improve housing options. affordable housing.

While flattering and financially beneficial to the city’s tax base, Henderson said it’s caused growing pains for residents beyond a tight housing market. He said many residents are now paying more taxes thanks to rising property assessments.

“We have some of the highest increases in the province because there are more people who want to move here and pay more for housing,” Henderson said. “Obviously the assessment value has gone up, which has been a growing pains for residents.”

The benefit for many local businesses is that having more people in town year-round has allowed them to stay open longer off-season or stay open all winter with limited hours.

Henderson said there were no concerns about traditional infrastructure issues such as drinking water and sewage. Because so many people visit Saint Andrews in the summer, the infrastructure is already set up to handle increased numbers.

One thing Henderson hopes to see is a younger population. The latest report revealed that the city’s average age has increased by five years since the previous report.

“So we were an aging population, which is actually a big concern for the sustainability of your community, because you need a mix, obviously, of people in your community,” Henderson said.

Statistics Canada is expected to release the country’s current demographic report on April 27.

“Hopefully we’ll see that our average age has come down or at least stayed flat, because it’s been rising rapidly over the last two censuses,” Henderson said.

Sackville Mayor Shawn Mesheau believes his town’s success is a combination of several factors, including an “aggressive” advertising campaign to attract new residents.

And to make the move attractive to outsiders, Mesheau said, Sackville has made investments in downtown beautification “to improve the look of our downtown.”

He said “it looks like we’re hitting the mark with people.”

Mesheau said he had the chance to talk to many new residents of Sackville. Some chose to settle there because it was centrally located in the Maritimes, only a few hours drive from some of the major urban centres.

Others were looking to get away from the hustle and bustle of city life.

“They were looking to have a more rural environment. And I think that was really important to us… We’re rural, but we have a lot of things that make us a new type of small town.”

Mesheau said the city is already concerned about the housing market and the availability of affordable housing. He worries that the hot housing market will cost a lot of people exiting the market.

“It’s something that’s been going on for four decades here in Dieppe,” said Lapierre, who has been back and forth in city government since 1986.

He said the “Wednesday Night Show” is a good example. Although sidelined by the pandemic, Lapierre said the weekly entertainment event regularly draws crowds of 1,500 to 2,000 people each week to see local performers.

Lapierre said there has been marked growth since around 2000, when the community began to focus on economic development, “which brought a lot of builders into our community.”

He said the city has also focused on providing citizens with a good quality of life beyond the basic necessities of water and sewer.

“We wouldn’t have a speed skating star today if the city didn’t build an Olympic rink, for example. … So it’s that kind of thinking,” Lapierre said.

But Dieppe is starting to see some of the downsides of growth, he said. As housing markets tighten and prices continue to climb, residents are finding it increasingly difficult to find affordable housing.

Over the past few months, Lapierre said, he’s heard many stories of buildings being sold and new landlords raising rents dramatically.

He hopes the province will look at ways to protect consumers from unfair rent increases.

“We will continue to have discussions with the provincial government on these issues or they will stifle our growth.”

Not everyone saw the increases

In towns with populations over 5,000, Oromocto and Grand Falls led the way with similar percentage declines.

In the case of Oromocto, a drop of almost 2% represents about 178 fewer people since 2016.

John Jackson, Oromocto’s chief administrative officer, said he was “not at all” concerned about the numbers.

He suspects the blip can be attributed to “coming and going” at 5th Canadian Division Support Base Gagetown, a situation the town has grown accustomed to over the years.

Jackson said all other residential and commercial indicators, including housing starts, point to growth in the community.

“And so we see potential for positive future growth, that’s for sure,” he said.