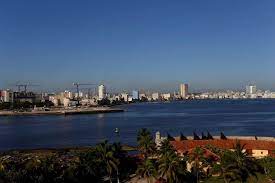 Cuba’s struggling economy has started to recover in some regions after two years of pandemic-induced contraction, but rising global food and fuel prices require “bold” measures to contain inflation, according to Economy Minister Alejandro Gil. Soaring prices for nickel, Cuba’s main export material, boosted exports by 38% in the first quarter, according to Gil. Despite increased pressure on import prices, he said inflation had come down. “A clear and steady recovery is starting to emerge,” Gil said. But the price Cuba paid for imported goods jumped nearly $700 million in the first quarter, outpacing the country’s modest export gains, a predicament Gil attributed to “imported inflation” driven by the rapid rise in the prices of products such as fuel, corn. for cattle feed and wheat. US sanctions and soaring food and fuel prices, in part due to Russia’s invasion of Ukraine, have jeopardized Cuba’s timid recovery and threaten to deepen shortages, already forcing citizens to queuing for food, medicine and other basics. {nL2N2W20F1}

Tourism, the main source of foreign exchange needed to pay for more expensive imports, has also lagged behind government targets, complicating the recovery. Gil did not provide figures on overall gross domestic product or explain how the first quarter results helped meet the government’s target of 4% growth in 2022. A major sticking point, Gil said, continues to be Cuba’s unofficial exchange. rate, which has climbed to five times the government rate of 24-1 in recent months, significantly reducing the purchasing power of the average Cuban. To combat this, Gil said Cuba would begin selling foreign currency at a rate between official rates and black market rates, but would limit such transactions to certain public and private companies in an effort to boost the production of commodities. in high demand. The economy minister said the more favorable exchange would support “the production which will then be sold to the population in national currency”. Gil said citizens looking to exchange pesos for dollars would not be able to participate in the new exchange program, but the cash-strapped government was working towards that goal. “These are bold and innovative measures. There are no magic bullets…that can solve all problems at once,” Gil said.