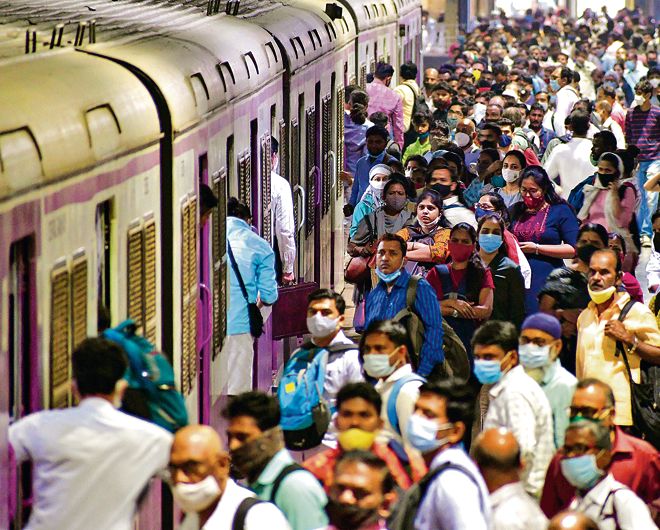 Control population growth, but without coercion: The Tribune India

India is determined to create a world record – that of being the most populous country. It’s a competition in which we may soon beat our traditional enemy, China, but it will be a matter of shame, not pride. Quantity will replace quality. How long can the overflowing education and health systems last? The number of hungry, homeless and unemployed will increase; the crime rate will also increase. Rapid deforestation to accommodate exponential population growth will worsen the deterioration of our environment. What a drain on our natural resources, what pressure on our growth potential.

I remember the time in the 1970s when the population issue was brought to the fore by Congress leader Sanjay Gandhi. Fresh after my post-graduation from AIIMS (All India Institute of Medical Sciences), I had joined as a senior resident in a government hospital. The state of emergency that then Prime Minister Indira Gandhi had imposed on the country was still in effect. Among the various excesses that took place, the one that most affected doctors (especially gynecologists and surgeons) was the mass sterilization campaign, led by Sanjay Gandhi. One could not impose a dictatorship on the largest democracy in the world (there is still something to be said about the numbers) nor take such wide liberties with the human body. He ended up upsetting the very people for whose welfare he had ostensibly taken this drastic step. The situation was such that government teachers were not promoted until they had at least five people sterilized. Imagine, encouraging students to have their parents sterilized during a math class! Ineligible women, whether of menopausal age or already sterilized, were also recruited in a desperate attempt to increase the numbers. Sterilization camps were set up in remote areas where asepsis was not up to par and, if something went wrong, the patient had to be taken to a hospital miles away.

The responsibility for “permanently” preventing pregnancies fell to the unfortunate doctors. Gynecologists tied off the tubes that carried the egg from the ovaries to the uterus so that the eggs and sperm could not meet, thus ending a woman’s reproductive life. Large-scale vasectomies were performed by surgeons who tied off the thin tube that connected the testicles to the rest of the male reproductive system, blocking the passage of sperm. I looked forward to honing my surgical skills during my residency in a hospital with such a patient load performing major surgeries like hysterectomies. Unfortunately, all I had to do, along with the others in my ward, was female sterilization from 8 am until late at night; sometimes even late at night when complications arose because case selection was hasty and poor.

We worked long and hard because our hospital wanted to be recognized by getting the highest score. We got ahead of the rest, but when the time for praise came, a new government was in power and the sterilization campaign was now seen as a major human rights violation.

Today we have come full circle, because the only thing that has grown by leaps and bounds is our population. Measures must be taken, and quickly, so as not to oust China from the No. 1 position. As we have seen that edicts are counterproductive and force boomerangs, so how do we go about it without hitting our people the wrong way?

Having worked in both general and corporate hospitals, I have seen that the wealthy, who can afford to raise an unlimited number of children, restrict their families, while the poor breed like flies. This could be due to lack of education, early marriage, poor medical facilities and high infant mortality rates in slums and rural India. This encourages people to procreate abundantly, in the hope that some of their offspring will survive.

In order to curb our population growth, we could adopt the following measures: i) Improve the socio-economic status of people; we have seen that to maintain a certain standard of living, people opt for small families; ii) Educate the little girl so that she can think for herself and not be reduced to a machine for producing babies; iii) Ensure many employment opportunities, especially for women; iv) Raise the minimum age of marriage; v) Ensure that daughter after daughter is not produced by families desperate for a son. The little girl should also be welcomed, loved and given equal opportunities. The Sukanya program is a step in the right direction, the abolition of the dowry is another; (vi) Health workers should offer counseling on contraception after childbirth or abortion; it must not be forced down their throats or into their uterus, for that drives them away; vii) Do not just take privileges away from those with more than two children; give incentives to those with small families, just as underpopulated countries like Canada offer free education and other benefits to those who contribute to population control; viii) Use multimedia on a large scale to educate the masses.

And now is the time to act!