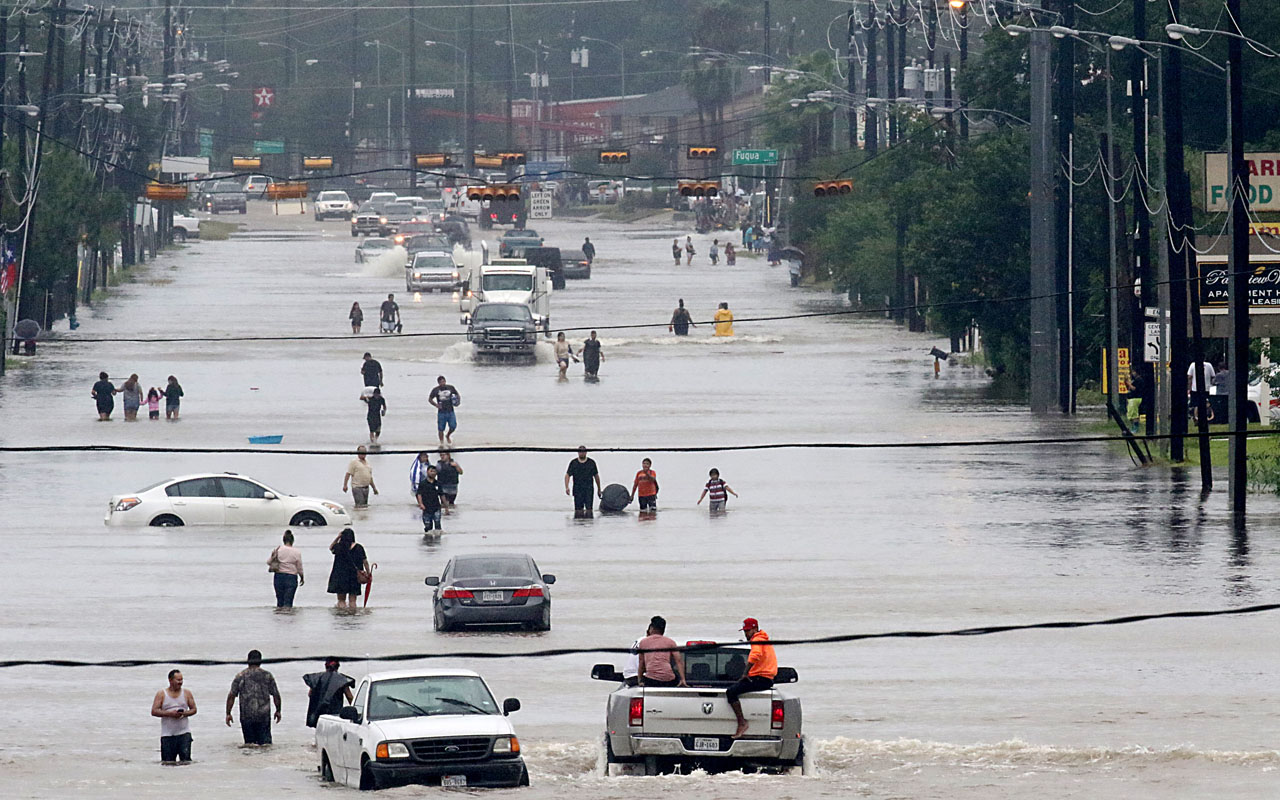 If we assume that green solutions will help tackle the climate crisis, we have to keep in mind that if the level of demand for solutions is also present or higher, then solutions will become stressed, stretched, unsustainable and a source of concern for the environment and climate. Just like what has happened and still is happening with fossil fuels. Let us also recall what happened after the realization that a diesel engine wins more kilometers than a gasoline engine: the demand for diesel cars has increased, the cost of diesel fuel has increased, and the pollution of diesel engines. has increased considerably.

So it seems that we are missing an important fundamental factor in the so-called “equation” of climate change. When climate change has been attributed to human activities, the basic starting point for managing the impact of human activities on the climate is to control the human population. The reduction in the world’s human population will reduce demand and enable sustainable management of resources.

According to Worldometers (a global statistics website operated by an international team of developers, researchers and volunteers), the world’s population has grown dramatically over the past 2,000 years: it reached the billion mark in 1804 and doubled. in 1930. It doubled again in less than 50 years to about four billion in 1970. Between 1970 and 2020, a period of 50 years, the population doubled, and this is the cause of the growing DEMAND for resources.

Our species now extracts 60 billion tonnes of resources each year, almost double the amount of 1980, although the world’s population has only grown by 70% during that time. The discharges exceed the Earth’s capacity to absorb them. More than 80% of wastewater is pumped into rivers, lakes and oceans without treatment, along with 300 to 400 million tonnes of heavy metals, toxic sludge and other industrial discharges. Plastic waste has increased tenfold since 1980, affecting 86% of sea turtles, 44% of seabirds and 43% of marine mammals. Fertilizer runoff created 400 ‘dead zones’, affecting an area the size of the UK. The human footprint is so large that it leaves little room for anything else.

The increase in population has been a source of concern for many professionals, as it is difficult to understand and predict what will happen on a global scale when the world population hits 10 or 15 billion. The problem is not so much a question of space as of resources such as food and water. According to author and population expert David Satterthwaite, the concern is “the number of consumers and the extent and nature of their consumption that certain lifestyles and cultures currently support.” When you have a population growth rate of around three percent, that means less food on the table for many (and downright malnutrition for some), disease, poverty, and overcrowded urban areas (with face-me- I-face-you type of housing) with its accompanying delinquency, pollution and epidemic.

There is a direct proportionality between human demand / activities and human population. At the rate the world is going, if left unchecked, the world’s population could reach over 11 billion people by 2060, the year when India and some countries pledged to achieve net zero emissions. Just COMMITMENTS. Will these promises be reimbursed and in full? Time will tell us.

On the other hand, a more achievable and measurable global goal will be to use the next 40 years (2021-2060) to bring the world’s population back, neither by genocide nor by any other unacceptable means, to 1980 levels. Then, in conjunction with the proposed green solutions, we will achieve net zero emissions faster. In other words, reduce the population, and there will be a consequent reduction in human demands / activities, looting and destruction of the land, and therefore, also, a reduction in emissions that contribute to climate change.

World leaders should seek to reduce the human population (and therefore human demands) by pushing countries to commit to population control until they reduce their populations to sustainable levels. For example, a country like Nigeria, which has a current population of around 200 million, should aim to go down to 50 million. It will not cost much to achieve and is easily adoptable and applicable by all countries. Reducing the population will not cost taxpayers money.

A large population has nothing to do with the wealth and well-being of a nation. Although some cultures still believe that having many children is better than silver and gold. So teach and guide the poorest countries on how to manage their people. Global and local quotas can be introduced, with couples or individuals having to obtain permits before having a child. A one-child policy can also be considered for the next 20 to 40 years. While it may sound drastic or draconian, it will produce tangible results faster than promises to reduce emissions by x and y percentages in 2030, 2050 and 2060.

A managed local and global population along with the proposed green solutions will help limit and hopefully reverse the damage already done to planet Earth, as well as manage available resources responsibly and leave something for generations. future.

2022-01-12
Previous Post: For the foreseeable future, immigration will fuel U.S. population growth
Next Post: UK population growth over the next decade driven by the arrival of 2.2 million immigrants